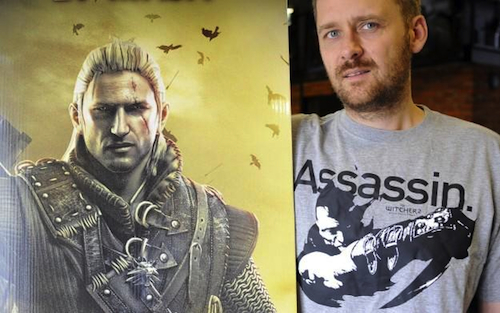 Digital rights management (DRM to you and I) has always been a thorny issue for games, embodied by Diablo III’s insistance of an always-on-internet connection, rending the game virtually unplayable for many consumers.

In an interview with Forbes, CEO of CD Projekt Marcin Iwinksi has come out as a staunch opponent to DRM, despite a reported 4.5 million illegal downloads of The Witcher 2.

The PC version of The Witcher 2 was distributed in both DRM and DRM-free forms. Firstly through GOG.com, a game distribution site that prides itself on only selling entirely DRM-free games, making piracy as easy as flicking on a light switch. Conversely, in North American the game was distributed through Ubisoft, carrying the much-maligned SecuROM.

“We were expecting to see the GOG.com version pirated right after it was released, as it was a real no-brainer.”, stated Marcin Iwinksi.

“My guess is, that releasing an unprotected game is not the real deal, you have to crack it to gain respect and be able to write?

“The Witcher 2: we have indeed estimated the number of pirated copies at 4.5M units, although it’s just an estimate – and by now it’s probably more. However this number doesn’t represent lost sales.”

Such a stance is a welcome breath of fresh air in an industry so concerned about digital theft, but Marcin Iwinski goes even further, deriding the very purpose of DRM.

“The truth is [DRM] does not work. It’s as simple as that. The technology… is cracked within hours of the release of every single game.

“So if you are asking me how do I see the future of DRM in games, well, I do not see any future for DRM at all.”