Richard Hill-Whittall answered some of our questions about his studio’s project which is currently in Early Access.

PlataGO! Super Platform Game Maker is a platform game maker that is easily accessible while also allowing fans of the genre to make some truly complex and unique games using it. As of now, the developers are focused on releasing more tools for players to use, but in time they will be releasing their own levels as well.

To learn more about the game and its development, Gamingbolt reached out to the developers Super Icon Ltd with some questions, and the studio’s director and owner Richard Hill-Whittall provided the following answers. 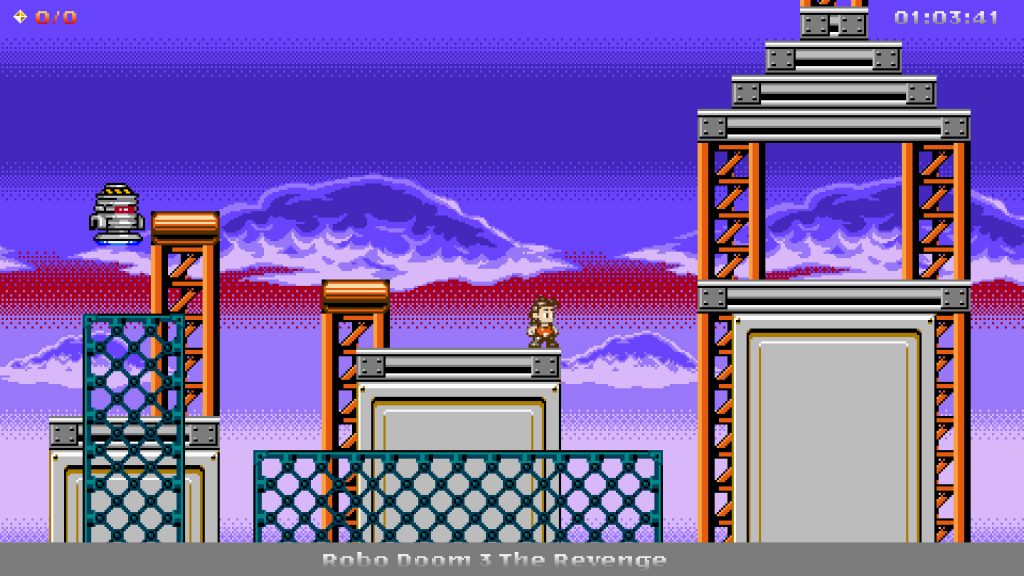 "Without the Early Access help and support, PlataGO would just not have been as fully featured as it is becoming, so a huge thanks from us to everyone who is helping out with our Early Access release."

More and more “games” have been taking a DIY approach that provides players with the ability to make their adventures. What led you to do this with PlataGO?

PlataGO was initially a continuation of what we started with Life of Pixel – an exploration of retro game systems, an appreciation of the great visual styles of the various old systems. We gradually expanded upon this to allow more and more user creation and customization. Also at the back of my mind when I started PlataGO was Minecraft, and the world of possibilities it offered players of any age – I love that approach to games. I think I first really got interested in creating games by using things like Shoot ‘Em Up Construction Kit and the 3D Construction Kit – learning the way games are put together, and understanding how to design levels.

Apart from making more traditional kinds of platformers, what are some of the more out-of-the-box ideas you’ve seen made with PlataGO?

I like the huge amount of different themes and environments – from old retro through to more modern retro looks; i.e. Doom like GFX. Combined with the ever growing list of tools and features it allows the player to create all manner of different types of game and levels. I like the addition of the weapons too – it takes things in different directions and offers far more in the way of level types. I’ve seen some really cool levels which combine things in a way that I hadn’t thought of – I think that is the most amazing thing – to see levels created that do stuff in a completely different way to the way we did our levels, and indeed our levels in Life of Pixel. I’ve been really impressed by many of the user levels out there.

How important has Early Access feedback been in shaping how this platform-maker has turned out? What are some of the key changes you have made as a result?

Incredibly important – right from day-one of development we wanted to ensure an early access release – even though it is a little less popular (Early Access) that it was. I think for something like PlataGO it brings so much to the development; cool ideas we had overlooked, and perhaps even more important – tweaks to what was already there and the core user functionality.

We’ve also met some amazing people via Early Access, such as Mr Run and Jump, Darkhog, Banjo Oz – who have provided such amazing ideas and feedback, and have even gone as far as writing docs to help other players. And Blue TV Game – wow, some amazing mods they have created – I think my favorite was the Simpson’s one, that was just so cool.

Without the Early Access help and support, PlataGO would just not have been as fully featured as it is becoming, so a huge thanks from us to everyone who is helping out with our Early Access release.

Given how accessible this software is, how did you also work to ensure that more complex ideas can also be made to work with it?

Add features, get them out there and refine based on feedback. We can implement something, think – yeah, that works well – put it out there and confuse everyone! So again, user feedback helps us iron those new feature additions to ensure they are well implemented, user friendly and intuitive. And again, once it is in the hands of the community there is often feedback to add additional variations to those new features, so everything expands organically, and next thing you know you have new tools with a lot of depth – that thanks to the feedback, work really well and allow easy creation of complex levels.

This has also drawn comparisons to Super Mario Maker. What are some of the features that set it apart?

The constant evolution of the feature set and content – especially adding new mechanisms that allow for completely different types of levels than standard platform levels. Super Mario Maker was of course a big inspiration, but we’re going our own way now – just adding cool stuff that takes PlataGO in all sorts of different directions. And much more variety of visuals and themes – plus of course the completely unlimited levels of user customization and the ability to use graphics from any of your favourite games (including Mario).

You’ve also stated that you will be releasing your own levels for the game. Can you elaborate a bit more about these plans?

We will be, yes, but right now our focus is on new content – be it GFX, new features, sounds, customizations, and so on. We want to make sure everything people want is in there! 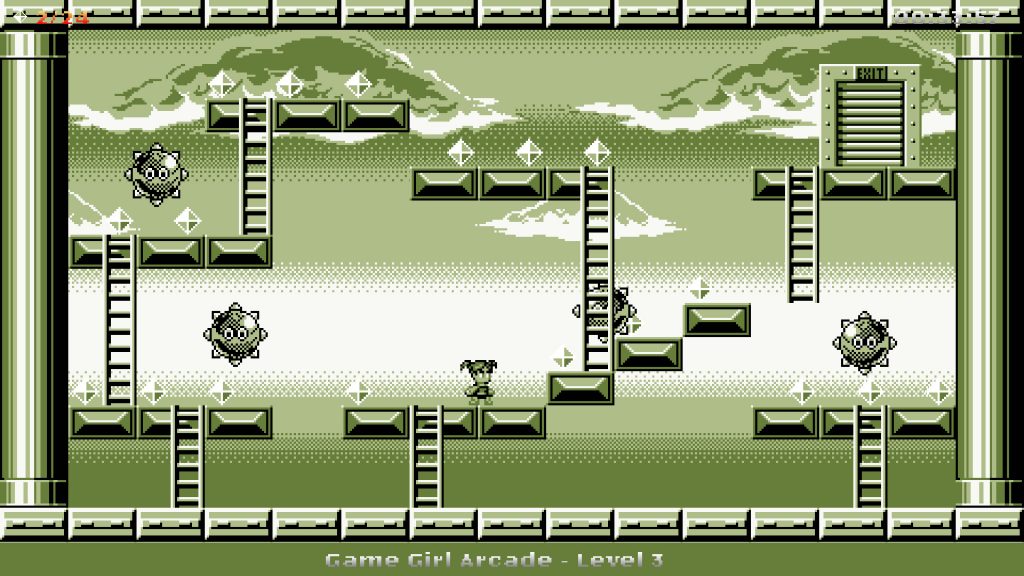 "We don’t want to limit people on what sort of levels they can create by not giving them enough cool stuff to create those levels with!"

When is the game set to leave Early Access?

What are some of the challenges you faced during the game’s development?

I guess the biggest one was convincing people that PlataGO was worth their time, and getting them to understand what the purpose of the game was – at first people didn’t quite get the concept of PlataGO. Partnering with pQube was a big step forward with that – the point when everything started to gel together. I think the message is getting clearer, and with more Early Access support we can continue to make PlataGO something unique and really special.

Will you be steadily be adding more tools for players to experiment with, or is the goal to just polish what’s already there?

As mentioned – the current phase of development is new tools/features, new content, refinement – we don’t want to cut corners, we want everything in there. A robust and fully featured tool set is essential for PlataGO – we don’t want to limit people on what sort of levels they can create by not giving them enough cool stuff to create those levels with!

It will be a solid 60FPS, and most likely full 4k resolution, although as it is retro pixel GFX, that probably won’t make much difference.

Full disclosure – we haven’t really started the console code yet – we use Unity and are working on other console games (Life of Pixel and Best Buds), so we know it will be a smooth process. I doubt there will be any noticeable difference between platforms. 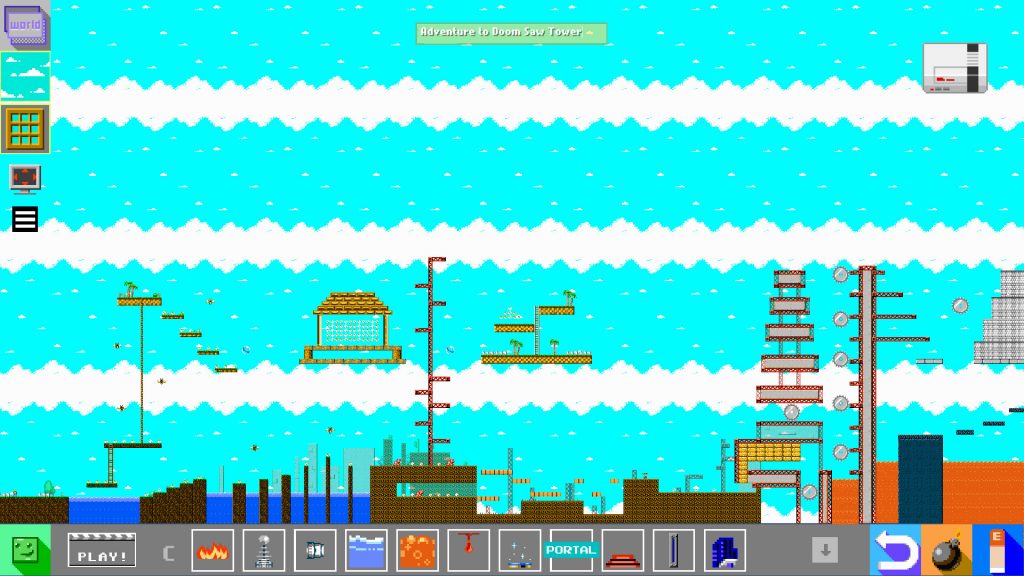 "I hate monetization, particularly the more cynical examples. I find it depressing and I don’t like designing games with that in mind."

How different will the Switch version be different from other platforms?

Again, I expect it to be the same visually, but control a little differently, making use of some of the Switch specific input features.

I hate monetization, particularly the more cynical examples. I find it depressing and I don’t like designing games with that in mind.

I think more VR support, particularly from Microsoft, I think this may well be the biggest focus for the next gen of hardware. I’d like to see VR options included as standard, although costs make that unlikely.

Most definitely – 4k makes such a huge visual difference on many games, it is becoming more essential now there are more 4K TVs in people’s homes. And 60FPS is more and more essential, you notice frame-rate more on a beautiful 4k display.

The main thing is just a request for people to take a look at PlataGO – join the community and help us make it as fully featured as we can. The price point is low, so it doesn’t cost a lot – and with continuing support and an ever growing community we can implement more and more cool features and tools for PlataGO, really make the most flexible and fully featured platform/run and gun/puzzle platform maker on the planet!