Pokken Tournament Review – Being The Best There Ever Was

When I was young, and I inevitably moved to playing the Pokemon games after watching the cartoon, I was, understandably, hooked. However, something always used to bother me- the fact that Pokemon battles in the games are ultimately nothing like they are in the show. In the show, battles are lively, active, kinetic affairs, with participants bounding around the arena, trying to land blows. Compared to this, the sedate, turn based affairs that are battles in the games can seem almost boring to a young player.

Playing a Pokemon game that would finally allow for that kind of action has always been a dream of mine, and undoubtedly, of many a Pokemon fan worldwide, and yet, this is not something we have gotten to experience properly yet. Every single Pokemon game, even the console games, and the spin offs, have stuck to a variation of turn based battles. If one wants to see a real time Pokemon battle, one’s best bet is, it seems, the cartoon, or nothing else.

That was before Pokken Tournament came along, and finally gave us the kinds of Pokemon battles we have all been asking for. 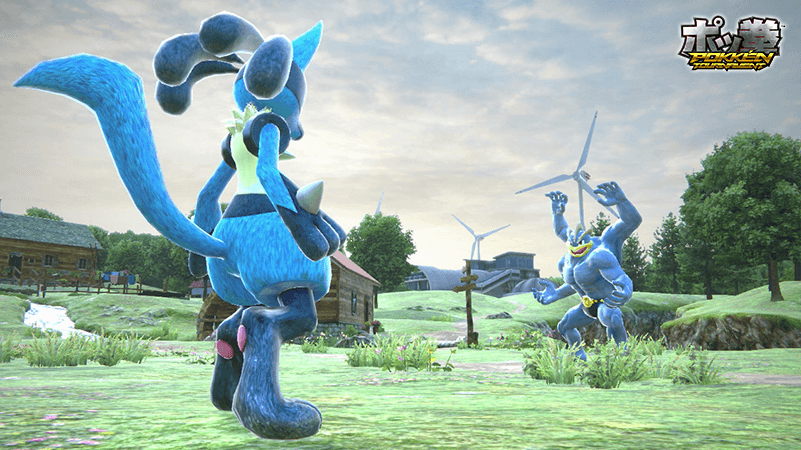 "Pokken Tournament came along, and finally gave us the kinds of Pokemon battles we have all been asking for."

Pokken Tournament has a surprisingly simple conceit- it is, in fact, so simple and so obvious, that one wonders why it was never done until now. Put simply, it is a 3D fighting game (in the vein of Tekken), but with Pokemon substituting for fighters. It seems so inevitable in hindsight- of course a game that lets Charizard face off against Machamp in an unconstrained battle would be a good idea! Of course.

And Pokken Tournament largely lives up to that billing, too- battles in Pokken Tournament are beautiful, finally unshackling Nintendo’s iconic pocket monsters, and letting them fight the way their fans have always imagined them fighting. The best part is, the battles themselves retain the depth and nuance that one expects from a Pokemon game, while also being uniquely rooted in the real time action.

A large part of this has to do with the one thing that differentiates Pokken from every other fighting game previously- make no mistake, unlike Nintendo’s own Smash Bros., Pokken is a relatively more traditional 3D fighting game. However, developers Bandai Namco have thrown new mechanics and wrinkles into the mix, and the result is something decidedly compelling.

Chief among those wrinkles is the Phase system- put simply, battles in Pokken constantly shift between the Duel Phase, which is the kind of traditional blow-for-blow melee that you would expect in a fighting game, and Field Phase, where the combatants keep their distance, and try to land projectiles and ranged attacks on each other. Field Phases come with an entirely new set of strategies, including charged attacks, follow ups, and even positioning for projectile based attacks. 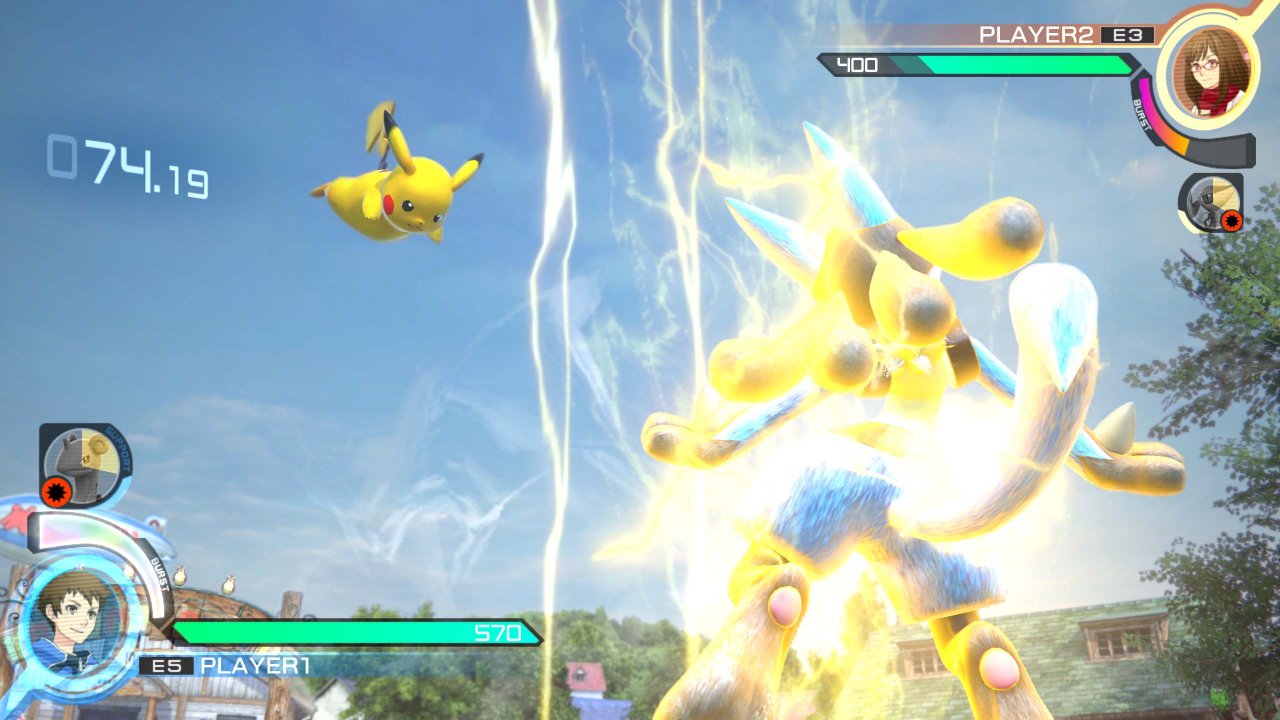 "The battles themselves retain the depth and nuance that one expects from a Pokemon game, while also being uniquely rooted in the real time action."

The Field Phase always feels like two opponents sizing each other up, while they plan their strategy, and it utilizes a wholly unique camera angle that makes Pokken feel unlike anything else on the market. When battles finally shift to Duel Phase, you finally get to play a more traditional game, with a more limited range of movement, and relatively more standard Light Attacks (quick, but relatively low damage), Heavy Attacks (far more lethal, but have more animation frames), and Counter Attacks (counter your enemy’s moves). As with most other fighting games, combos are paramount here, though Pokken seems to be far more forgiving of mistimed button presses than a lot of other titles in the genre.

It’s actually pretty complex (and we still haven’t gone into actually listing all the mechanics- for instant, Supports can come in incredibly handy in the game, especially if used right), and it can be a lot to take in- happily, the game’s tutorial mode is mostly up to the mark when it comes to ensuring that its players learn all these new concepts, and learn to pull them off in real battles. It will, naturally, take some time before you’re actually good at the game, but that’s a function of your own skill- Pokken, on its part, does largely well in teaching you the ropes, and then leaving you to your own devices.

Your own devices, it turns out, can’t be put to much use, and that is where the primary flaw of Pokken shows up: once the high of battling Pokemon in extremely high quality arenas wears off, one realizes that Pokken has a flaw similar to that other big name fighter that released this year. There simply is not much to do (although Pokken at least fares better in that regard than Street Fighter V). There are fourteen characters available to you, and that is really it- you can unlock Mewtwo, and a variant of Mewtwo, by completing the Red League and the Chroma League, but that’s as far as character unlocks go.

In terms of game modes, Pokken fares a little better- you have a few Leagues to make your way through, as well as a practice mode- all of this is certainly enough to come to terms with the game’s mechanics, but again, it’s only good for a few hours. High quality single player content is not necessarily expected from fighting games, but when other flagship games in the genre, such as Mortal Kombat and Nintendo and Bandai Namco’s own Super Smash Bros., are putting up such good shows on that front, Pokken’s relative paucity of modes is a little puzzling. 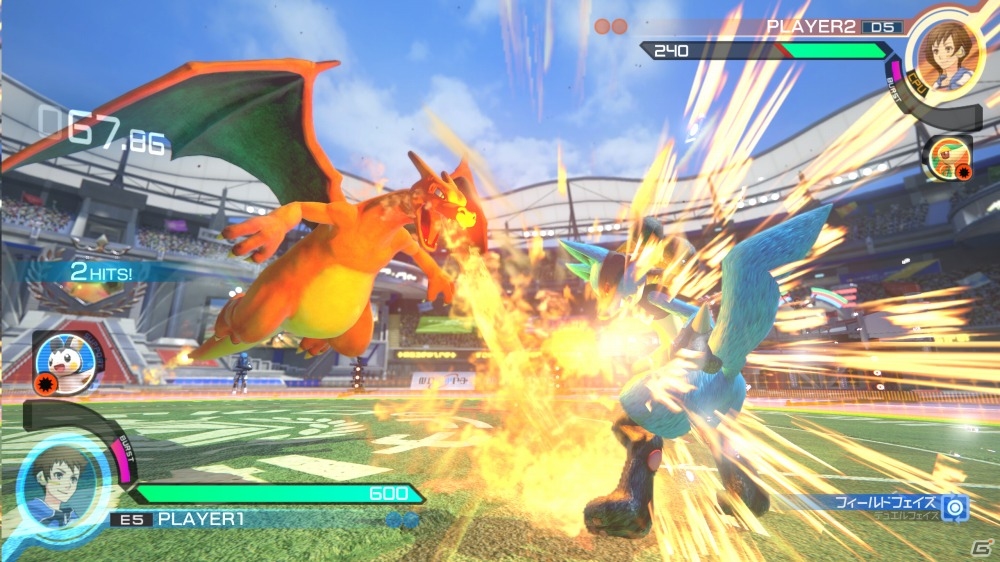 "Pokken might be, quite simply, the best a Nintendo game has performed online yet."

Thankfully, the game’s multiplayer mode is where the meat of the game’s longevity will really lie, and Pokken does extremely well in that regard. Local multiplayer is sadly a bit compromised in Pokken– you can play multiplayer with one player getting the TV screen to themselves, and the other, the Gamepad, which sounds like a reasonable way to do things, but having to render two images means that the framerate is dropped to 30FPS- a big no-no for fighting games. The other option is to hook two separate Wii U systems up via LAN, and play on two separate screens, a decidedly more expensive proposition. There is no splitscreen or shared screen local multiplayer like in other fighters, which is a bummer, but which is justified, given the camera angles the game uses would be entirely too hard to replicate for both players playing on the same screen.

Online multiplayer is even better- you get the chance to either face off in more or less low pressure Friendly Matches, or in Ranked ones, which count towards leaderboards. The netcode in the online games is absolutely sublime, and leaves little to no room for complaint. Unlike in Smash, where lag frequently plagued online matches, Pokken‘s online is perfect- it might be, quite simply, the best a Nintendo game has performed online yet.

In the end, Pokken is a dream come true for Pokemon fans, letting them see their favorite Pokemon finally take to the field in frenetic, kinetic real time battles. It is a loveletter to the fans, and it looks and sounds the part (a gorgeous artstyle with graphics as good as can be reasonably expected from the Wii U, and an incredible soundtrack that stays true to Pokemon). It helps that it is an incredibly accomplished fighter, as well, with enough depth, nuance, and meat to it that you’re going to keep returning to it for a long time to come.

Nintendo has done an excellent job of making the Wii U the go to console for excellent multiplayer experiences this generation- games like Super Smash Bros., Mario Kart 8, and Splatoon are all exemplary titles that put Nintendo’s sensibilities to good use in a multiplayer context. Pokken Tournament is the newest addition to an excellent catalog of multiplayer games, and it is more than capable of holding its own.

The game looks and sounds great, it's a great fighting game, with loads of new mechanics to keep things fresh, the online mode is immaculate, great tutorial and practice modes

Final Verdict:
GREAT
Pokken Tournament is the newest addition to the Wii U's excellent catalog of multiplayer games, and it is more than capable of holding its own against the other games in its company.
A copy of this game was purchased by author for review purposes. Click here to know more about our Reviews Policy.