So cute, you may just die.

Yoshi’s Woolly World was unexpectedly great. After years and years of mediocre games starring Mario’s dinosaur sidekick, Nintendo and Good Feel teamed together to finally develop what indisputably stands as the best Yoshi game since the original Yoshi’s Island in 1995. The game smartly leveraged its gorgeous yarn based aesthetic to deliver not just the most charming and visually striking Yoshi game since the original, but also to deliver some smart levels and gameplay mechanics by integrating the yarn aesthetic into the very fibre (heh) of the game’s design.

It was a great game, and one of the standout titles on the Wii U- and while it did about as well as you may expect a Wii U game to do (it sold over a million copies worldwide), it was also a game that deserved more exposure. Nintendo clearly believes the same as well, because the game has been given a second chance with Poochy and Yoshi’s Woolly World, an enhanced port made for the Nintendo 3DS of the Wii U original.

Much of Poochy and Yoshi’s Woolly World plays the same as the Wii U game- you have the same 2D sidescrolling levels with generally easy platforming as far as basic progress through the game goes. Finishing the game is relatively simple, and doesn’t demand much from the player. Each level utilizes the yarn aesthetic and wool based texture of the game’s graphics in inventive ways, be it visually, or mechanically- the latter by implementing a new gameplay gimmick that smartly provides a yarn based spin on traditional Yoshi mechanics. Levels are short, and most such gimmick are never reused after one level, giving the entire game the feel of being fresh, inventive, and bursting with creativity.

The true challenge in Woolly World doesn’t come from just trying to finish it – as mentioned above, the game is extremely easy, and it shouldn’t take most players more than just a few hours to get through the game’s roughly 5o courses – but rather, from trying to find all the collectibles. The game expertly and deftly hides a whole range of collectibles, from yarn bundles to crafting parts (which replace the Miiverse stamps from the original game), once again utilizing its yarn aesthetic, so that it will quickly train most players to go poking and prodding around every nook and cranny. Trying to find all that a level hides, and subsequently trying to get to it, is where the true challenge and addictive hook of the game lies. The game further incentivizes replaying levels by unlocking a unique, eccentric Yoshi ‘costume’ when you complete a level for the first time- usually themed after that level. 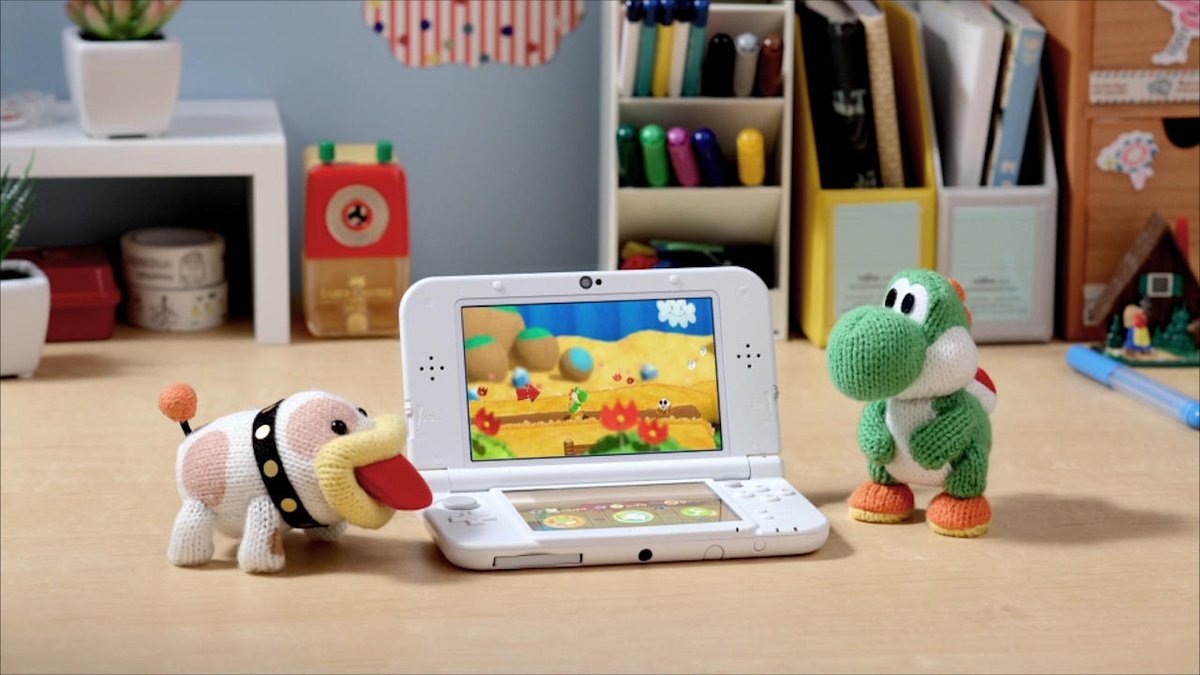 "The true challenge in Woolly World doesn’t come from just trying to finish it – as mentioned above, the game is extremely easy, and it shouldn’t take most players more than just a few hours to get through the game’s roughly 5o courses – but rather, from trying to find all the collectibles."

However, if for whatever reason, Woolly World wasn’t easy enough for you, the game now has a special ‘Mellow Mode’ added to it- which comes in the form of the addition of the eponymous Poochy, Yoshi’s unimaginably adorable canine companion. In Mellow Mode, three Poochy puppies will follow Yoshi, jumping ahead to take out enemies, and point out areas of interest that may be hiding some hidden collectibles. In this mode, Yoshi can also float indefinitely, which means you literally cannot die unless you actively jump off a platform without attempting to save yourself. While this mode may have the more seasoned player rolling their eyes, it is an excellent addition for younger players, whose reflexes are not developed enough for them to be able to take on finer platforming just yet. Mellow Mode, and Poochy as a whole, is unlikely to be an addition to cater or appeal to the dedicated fan- but the new content is there all the same, and for what it intends to do, is exceptionally well done.

Poochy also gets a new auto running mode that is slightly more demanding, with one new stage unlocked for each new world that you clear. These aren’t too substantial, and they serve as good distractions- in the long run, they are also useful to generate some gems, which are what you use to purchase boosters, items that can scout out hidden item locations in levels for you.

Other changes from the Wii U version includes new Amiibo specific functionality (the Wii U version had Amiibo compatibility too, the 3DS version just adds to it), a change in the game’s hub into a simpler menu, and, in perhaps the biggest and most significant change, a major hit to the graphics.

Yoshi’s Woolly World is one of the finest looking games around- this is not hyperbole. It has a gorgeous, incredible art style that it utilizes to the fullest effect, with subtle but important effects, like the way the fibre undulates, or the way it folds, the way threads flutter in the wind, or the way the floors bend under Yoshi’s weight- subtle, fine effects that lend a sense of weight and reality to this gorgeously realized setting. Much of the game’s charm came from these graphics. And while the 3DS version retains the graphical pizzaz in a larger sense, the smaller, finer effects that truly sold the art style are all gone- to use an analogy, the 3DS version is like a rough sketch, while the Wii U version is the final painting. The game still looks great- and unbearably cute. But the removal of so many graphical effects is a bitter pill to swallow, even with the 3DS’s addition of 3D to the proceedings. 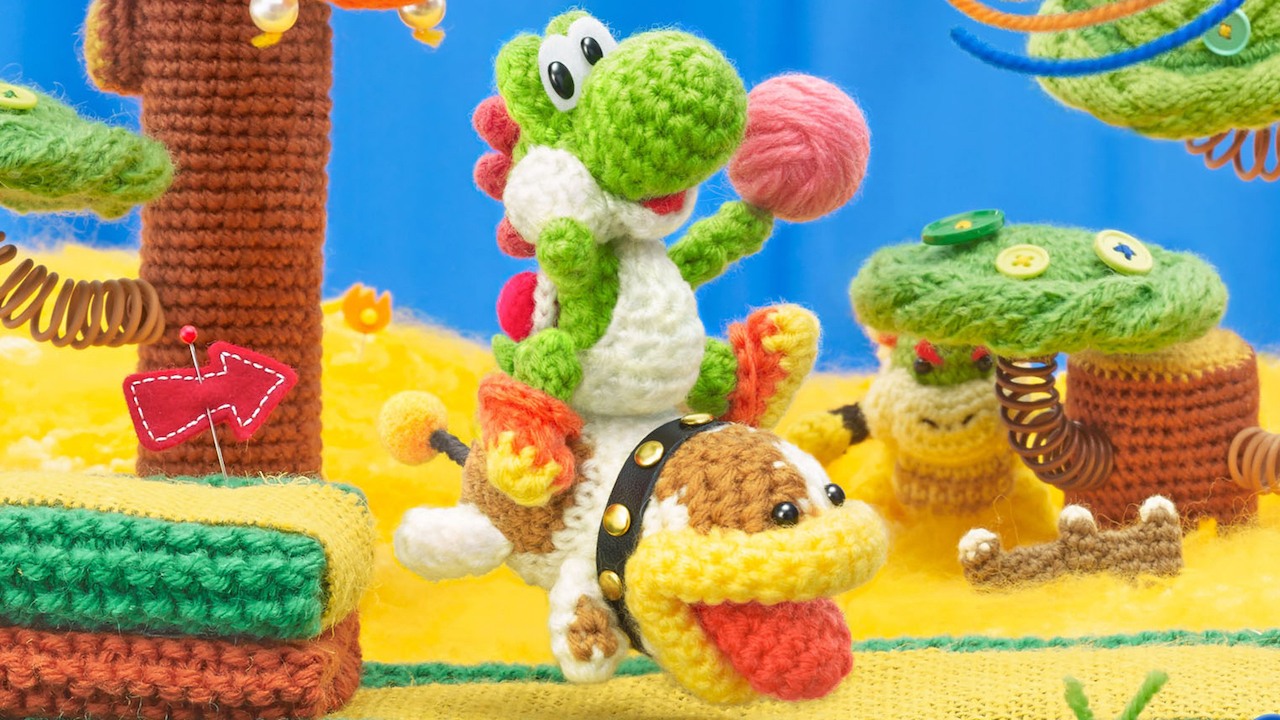 "The game still looks great- and unbearably cute. But the removal of so many graphical effects is a bitter pill to swallow, even with the 3DS’s addition of 3D to the proceedings. "

But that is a rare blemish on an otherwise great port. Yoshi’s Woolly World was a great, underappreciated platformer- now, with Poochy and Yoshi’s Woolly World, it has the chance to shine and reach a broader audience. If you have not played the game before, or can’t play it because you don’t own a Wii U, which, let’s face it, is most of you, do be sure to give this a look. While the graphical cutbacks are disappointing, they don’t end up detracting that much from what remains, in the end, a great, fun platformer that is almost unbearably cute.

Almost too easy at times, the new content is strictly targeted at younger gamers, the removal of subtle graphical effects from the Wii U version that gave the original game's vision life

While the graphical cutbacks are disappointing, Poochy and Yoshi's Woolly World is an unbelievably cute game with inventive mechanics and levels, and a solid platforming base.

A copy of this game was provided by developer/publisher for review purposes. Click here to know more about our Reviews Policy.
Tagged With: good feel, Nintendo, Nintendo 3DS, poochy and yoshi's woolly world