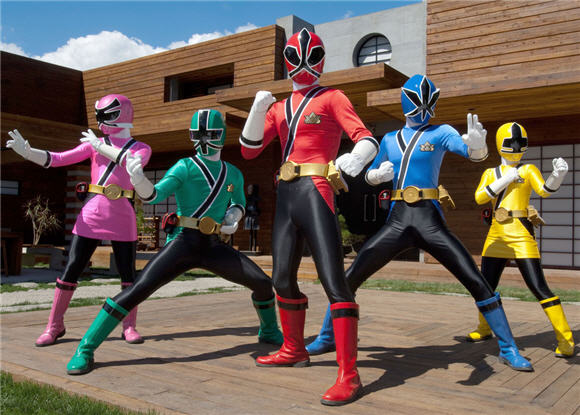 Namco Bandai have announced a new Power Rangers game for Wii and DS that will launch in time for the holiday season.

“Based on Saban Brands’ incredibly popular Power Rangers Samurai TV show on Nickelodeon, players of all ages will finally be able to join the Rangers as they physically immerse themselves into the morphing action of the iconic team of heroes.”

“Power Rangers Samurai will let fans wield the Samuraizer to master the elements of Fire, Water, Sky, Forest, and Earth as they morph into Red, Blue, Pink, Green, or Yellow Rangers.”

Seems like an interesting distraction for those of us who grew up with the mighty morphing power rangers. Or those with young kids. Either or.