Find out what Circle 5 Studios has done for its multiplayer shooter.

Primal Carnage has had both a storied and troubled history. The first game, an online asymmetrical multiplayer shooter, started out simply enough but things quickly turned weird when Primal Carnage: Extinction became a thing. This isn’t even including the Primal Carnage: Genesis, a prequel that would also be heading to the PS4 and which has been on hold since November 2014. Nonetheless, despite its ups and downs and multiple developers leaving, Circle 5 Studios is still going strong on Primal Carnage: Extinction and continues to update it, sometimes completely overhauling work done before.

GamingBolt had a chance to speak to Aaron Pollack of Circle 5 Studios on Primal Carnage: Extinction and its Early Access state, the fate of Genesis and its eventual PS4 version. Curious about the changes that have evolved Extinction to its current state? Read on to find out more. 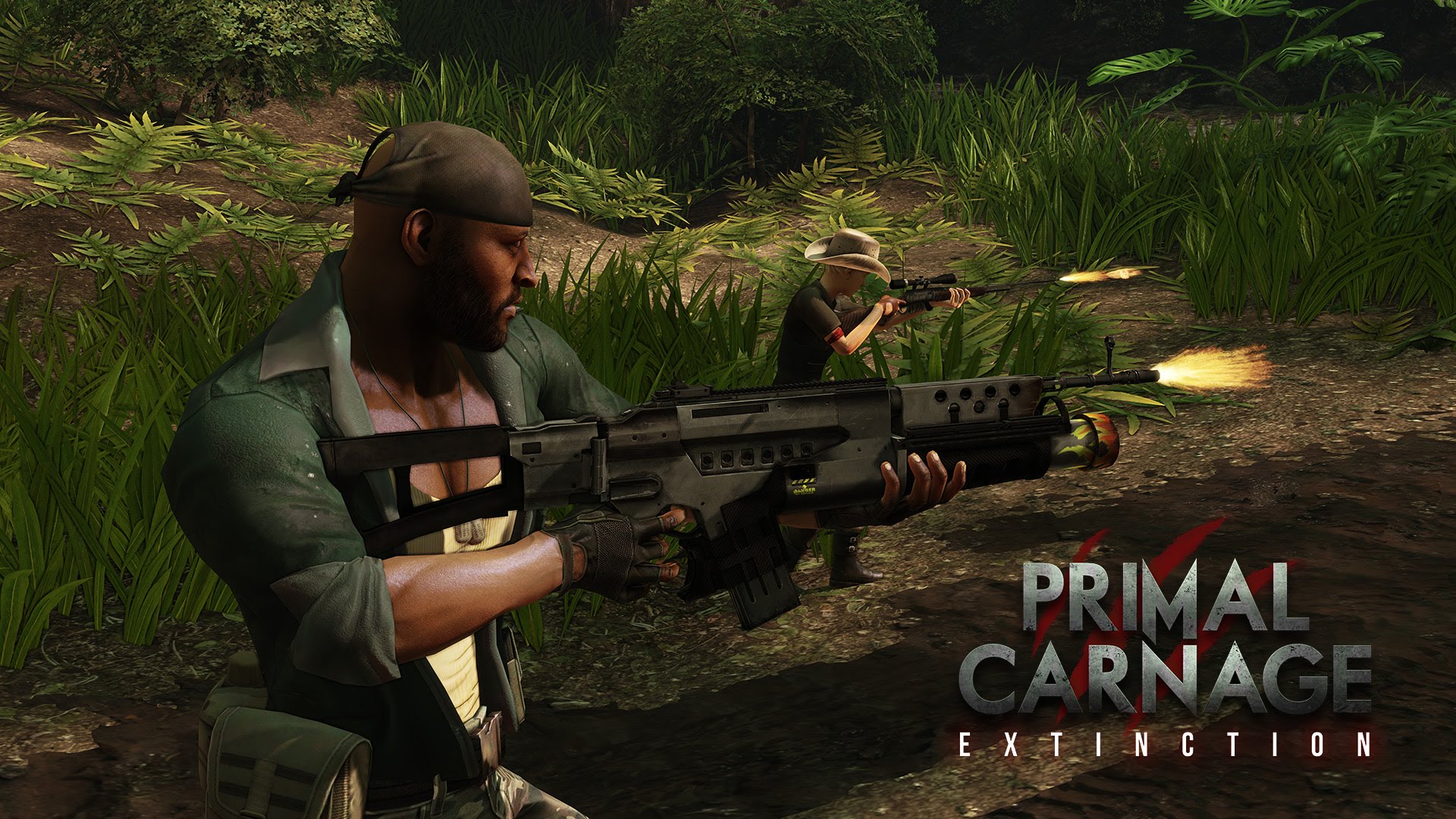 "We think fans will be pretty excited when we launch. We’ve also added greater cosmetic options that allow players to further customize all their humans and dinosaur characters."

Rashid K. Sayed: Primal Carnage: Genesis looked extremely promising when it was announced back in 2013. We are already aware about why the game is on an indefinite hold but do you think it can come back should you receive funding from a third party publisher?

Aaron Pollack: We’re still hearing from fans and outside companies interested in Genesis.  Though we had to put the project on hold we’re still having conversations with different parties, including other publishers, about how we might be able to re-approach the project with outside funding and development support.

Rashid K. Sayed: Furthermore, are you still actively looking to bring back Genesis? Or is your focus 100% only on Primal Carnage: Extinction?

Aaron Pollack: I’m actively engaged in a number of conversations about the brand as a whole.  But as far as the development focus of the team, that’s all on Extinction at the moment.  We want to get the game out of Early Access next month with all the critical issues address and as much polish as we can get in in the next month or so.

Rashid K. Sayed: Will the game run at native 1080p and locked 60 frames per second on the PS4? Furthermore, what is your biggest challenge in making this happen?

Aaron Pollack: We’re running at 1080p and are aiming for a solid 60fps frame rate. The biggest challenges so far have been that Unreal 3 wasn’t made for Orbis so there’s been a lot going on engine-wise to get things running so that we can support PC players and PS4 players with the same level of quality

Rashid K. Sayed: What kind of updates have you done to the Mercenaries and Dinosaurs classes?

Aaron Pollack: Many.  We’ve added support for quite a bit of customization, both to gameplay and appearance. The human have a 3-Slot Swappable Weapon System similar to that seen in other FPS games that offers choice of a primary weapon, secondary weapon, and a third slot for miscellaneous items such as traps, explosives, and droppable pick-ups (ammo, health, etc.).  The dinosaur team on the other hand uses a 5 class system (Tyrant, Predator, Bruiser, Flier, Spitter), that offers a choice of dino-subclasses that differ in smaller ways with respect to stats or special abilities.  Going this route with the dinosaurs allows us to introduce new dino-mechanics the way our players want to see it most, with new playable dinosaurs.

We launched in Early Access with 4 new playable subclasses that utilized the premium skin models from the first game. But we have a collection of new dinosaurs that have not yet been seen in-game that we’re rapidly animating and building mechanics for. We think fans will be pretty excited when we launch. We’ve also added greater cosmetic options that allow players to further customize all their humans and dinosaur characters. 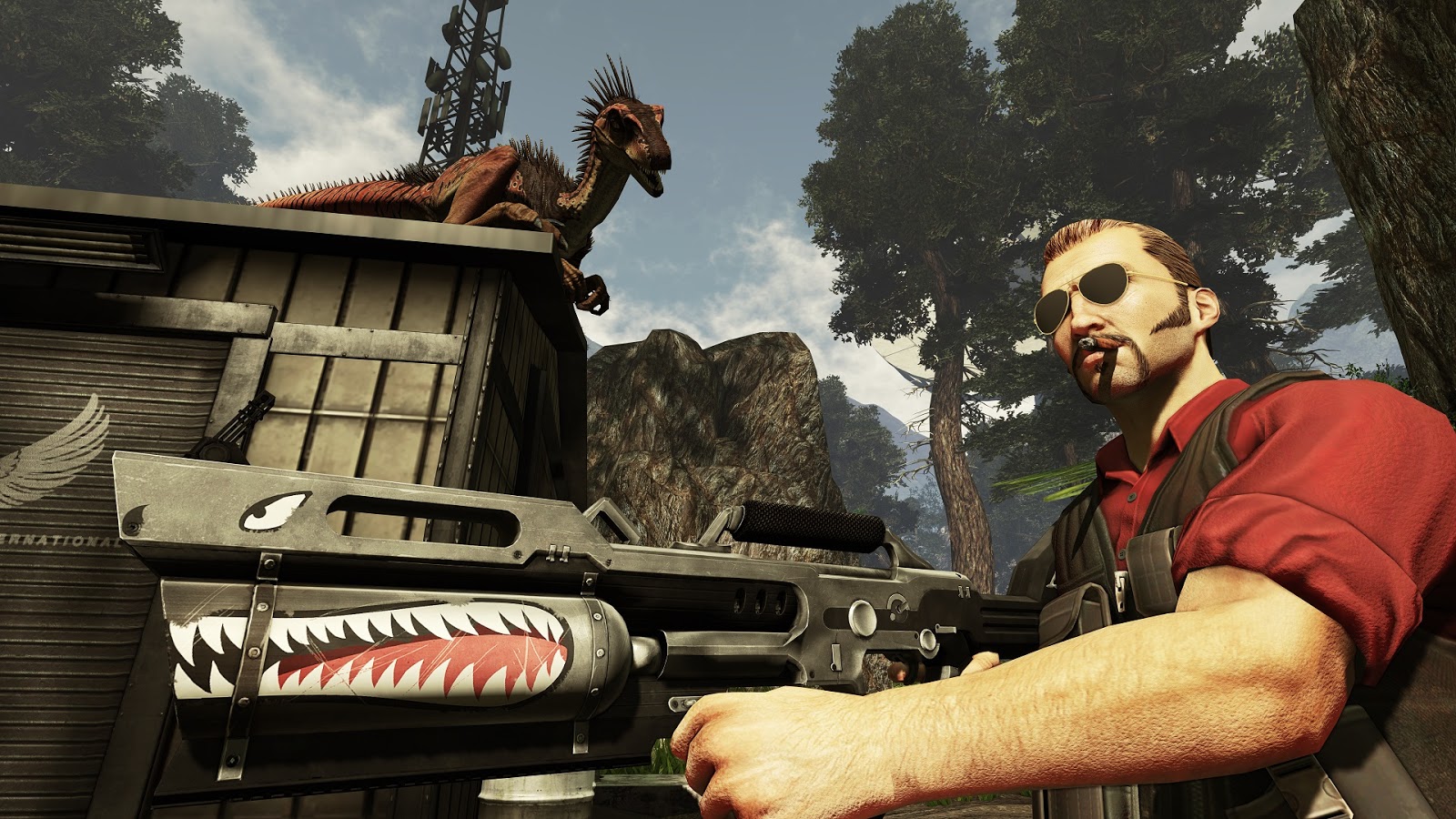 "DirectX is always improving and it's exciting to see how far it's come. The biggest catch with it right now is the support fragmentation with PS4."

Rashid K. Sayed: How different is Primal Carnage going to play compared to the original?

Aaron Pollack: Primal Carnage’s solid dinosaur movement and mechanics is probably what people liked most about the first game and though we’ve built the game up from the ground up we’ve made sure to keep the defining elements of the brand.  But the original game had a much smaller scope compared to Primal Carnage: Extinction.  There were a lot of ideas for content (more dinosaurs, fresh game modes, mechanic variation) that were envisioned for the last game but which the foundation of code and art simply didn’t support, which is why development ultimately ceased on the first game and how Extinction originally came about.  Circle 5 Studios and Pub Games have effectively built a sandbox dinosaur game where all of these ideas and more are possible.

One major new feature that opens up a variety of new gameplay doors in AI support. This system is well underway and will allow us to design co-op and single-player modes, bot support, all of which make the game more accessible to players who may not be as keen to jump into the chaotic multiplayer-only matches. Along with the new hint system we’ve put into the game, these AI modes also offers less experienced gamers ways to learn the mechanics and practice their strategy.

Some of the more notable distinction are massive quality and performance improvements to the game; Extinction looks better and runs better

Rashid K. Sayed: As someone who has an extensive career in PC games development, what are your thoughts on the upcoming iteration of DirectX i.e. DirectX 12? Some developers claim that it will bring in CG like visuals on Xbox One and PC. What is your take on this?

Aaron Pollack: DirectX is always improving and it’s exciting to see how far it’s come. The biggest catch with it right now is the support fragmentation with PS4. There are around 14 million PS4s on the market right now and if a developer pursues DX they’re making a calculated decision to not release to that userbase. Sure, there’s a lot of cross over in the userbase but it’s still a pretty big risk for a large scale production.

I think the new versions will bring a pretty good benefit provided that the companies like Epic and Unity take advantage of them and developers are willing to either split their visual pipelines or develop with exclusivity in mind. Of course, this issue isn’t just tied to Direct X. This is an issue for developing for a specific set piece of hardware too. If you look at the Uncharted series in the previous generation you can see just how much developers were able to squeeze out of the hardware. 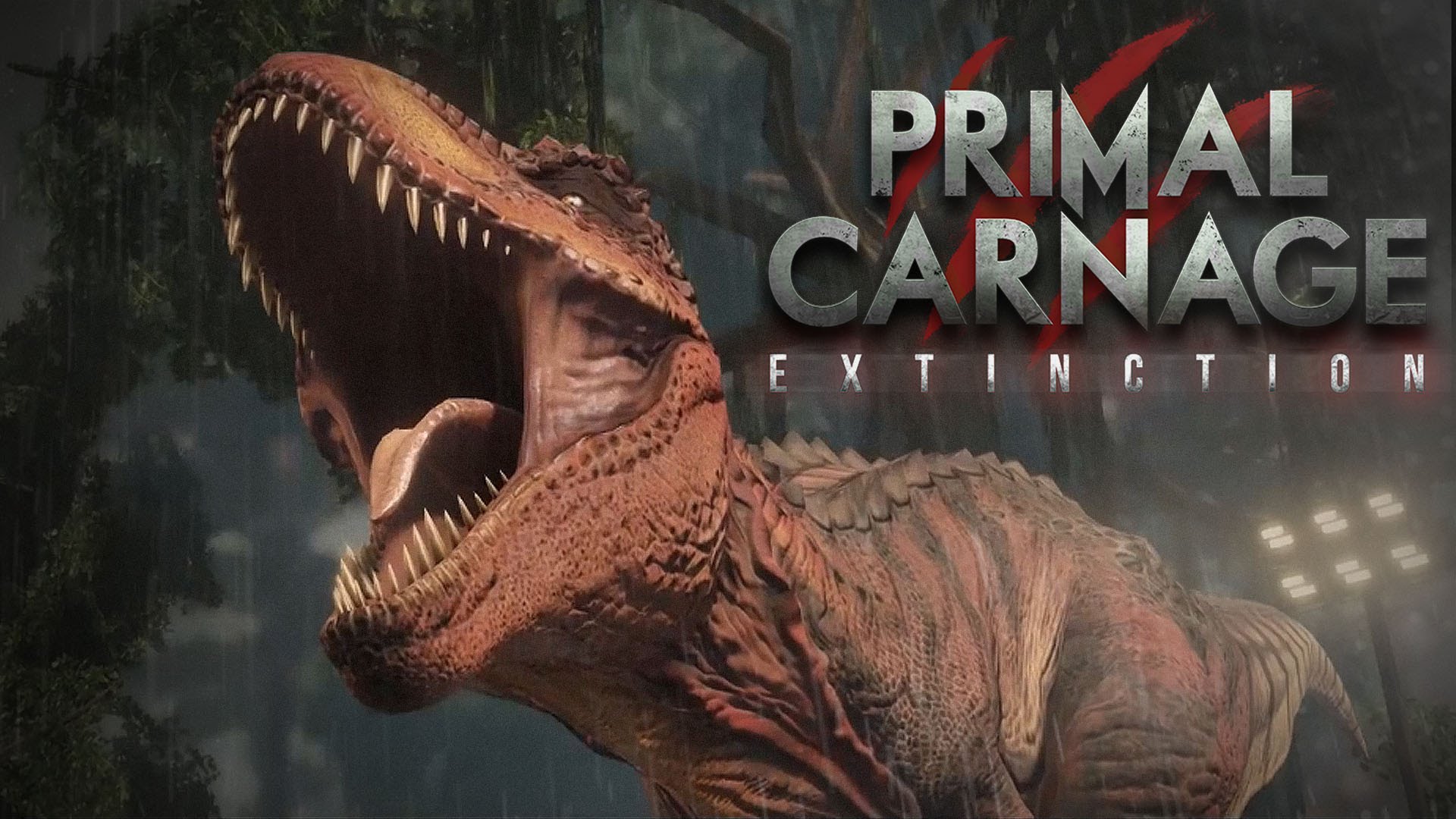 "It's important that games have a stable, high framerate so that gameplay appears smooth. Achieving a high framerate is really important to create a great user experience, and developers have to make trade-offs to achieve good looking games that are still performant."

Rashid K. Sayed: I know that you guys are using UE3, but what kind of modifications have implemented in the engine to support Extinction? [in terms of lighting, textures, etc]

Aaron Pollack: Well UE3 doesn’t officially support PS4 so we’ve been working this build off of some of the work by the now defunct Zombie studios who have done a stellar job of getting PS4 support into the engine. To get this playing well we’ve also made a lot of optimisations under the hood and we’ve allowed the PS4 to push our game to the highest quality textures, shader quality and post processing.

Rashid K. Sayed: From a developer perspective, how important is to have 60 frames per second in games?

Aaron Pollack: It’s important that games have a stable, high framerate so that gameplay appears smooth. Achieving a high framerate is really important to create a great user experience, and developers have to make trade-offs to achieve good looking games that are still performant.

Rashid K. Sayed: Do you have a concrete release date on when the game will be out?

Aaron Pollack: The end of the month is the current target and we’re well on track from a development perspective.  We’ve basically hit most of our release candidate feature goals and it’s now a matter of deciding whether some new stretch goals will be ready by launch or released shortly thereafter.

Aaron Pollack: We’ve been working hard to build a foundation for Primal Carnage: Extinction that allows us to grow our compie-sized indie brand into some more T-rex sized (I know that’s not how evolution works but it’s the metaphor we’re going with).  We want to thank fans of the brand out there for sharing this journey with us.  We’re planning a variety of contests and promotions for the weeks and months ahead so be sure to watch our social media channels!