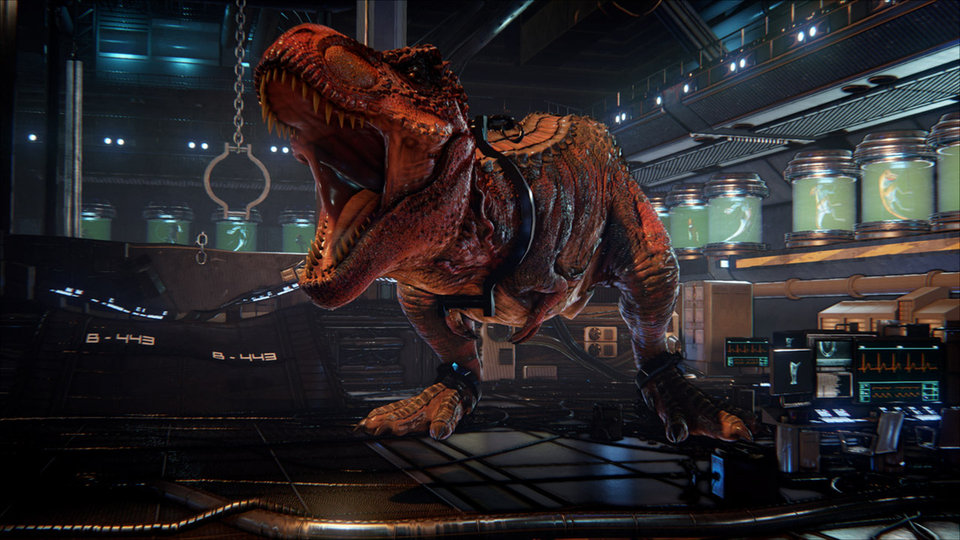 There haven’t been a whole lot of 1080p/60FPS games on the PlayStation 4, even with all the power that it affords- usually, developers hit that resolution, by taking a hit on the frame rate (amusingly enough, even the Wii U has a major exclusive running at 60FPS/1080p, with Super Smash Bros.), but it appears we will finally be getting a 1080p/60FPS game on the system that doesn’t compromise on visual fidelity either. It’s the upcoming Primal Carnage: Extinction.

“For the time being we’re going to stay digital. Support from the games industry and our key partners is strong enough that a retail push isn’t really necessary. And the size of the game won’t scare anyone off from downloading this to their console.

“Yes. We feel we’re on track to hit 1080p/60FPS,” they said.They also mentioned about the possibility of the game coming to the Xbox One in the future. “Nothing’s impossible. I think we want to see how Extinction fares with the PC and PS4 platforms first.”

That sounds like a fairly standard answer. The game looks great, and hopefully it can deliver on its promise. Stay tuned to GamingBolt for more coverage.