Everything you need to know about Pro Evolution Soccer. Pro Evolution Soccer 2015 (sometimes abbreviated to Pro Evo or PES, World Soccer: Winning Eleven 2015 in Asia) is an upcoming soccer simulation video game that is currently in development by the PES Productions. The game is also slated to be published by the legendary game developers and publishers, Konami. Who previously brought you the cult hit horror series, Silent Hill franchise and the massively acclaimed Metal Gear franchise.

Similar to its 2013 predecessor, Pro Evolution Soccer 2015 will be running on Kojima Productions extremely powerful proprietary engine, the Fox Engine.

Set to release on November 11th 2014, you can find Pro Evolution Soccer 2015 on Microsoft Windows, PlayStation 3, PlayStation 4, Xbox 360 and Xbox One.

There is a Demo of Pro Evolution Soccer 2015 that will be available to gamers from September 17th.

Speaking via a translator to Polygon, the games Executive Producer of Konamis PES Productions has said “The issue we have with a limited number of staff in Japan is that there are so many different football cultures,”…”We think that, Europe being a very important market for us, we wanted to provide something to appeal to the fans there, to their football culture. We wanted to create a PES brand that is accepted by the European culture and we thought having a production studio based in the U.K. would be a very good creative space for the fans to accept our game.” 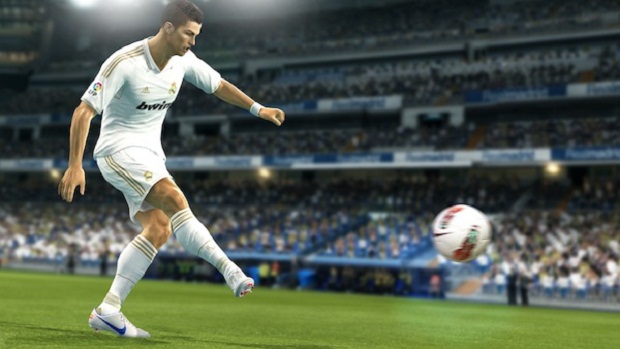 Gameplay has been tweaked since 2014 which suffered from slow and heavy feeling characters for a more responsive and slightly faster experience. The games creative producer, Kei Masuda has commented on the games change in pace. PES 2015 is a bit quicker than its FIFA opposition. Masuda has said, “The game speed has been increased to allow for that burst of speed, as well as slower technical movements,”…”The passes and shots have been revised as well, and their relation to the power [behind them] has been directly affected.”

The games official website touts lightning fast ball controls that have been “fine tuned” for an “unparalleled” gameplay experience. A “highly developed AI” that is said to constantly adjust to the action on the pitch, they expand on this by saying “Teammates always offer options and support, making runs, finding space or marking opponents”

The powerful FOX Engine gives the game increased animation capabilities that help bring both the crowd and the players to life, be it from players movement to the crowd dynamically reacting to the flow of the match as control wavers between the teams.

The game has also been given a new shooting mechanic that allows the player to accurately control how much power they put behind a strike and where it goes. 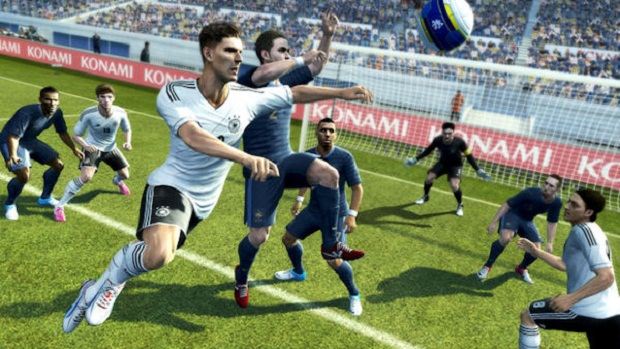 The listings for playable teams in Pro Evolution Soccer 2015  have not yet been revealed.