Project Cars 3 strays wildly from the formula of the past. While that may alienate long time fans, the
end result is a blast to play

Project CARS is a franchise that made its name being a fairly serious racing sim. Making use of realistic features like tire wear and other problems that arise on the track, it was never a franchise that felt like it had room for arcade appeal. And yet, with this entry, developer Slightly Mad Studios have gone in that exact direction. Project CARS 3 is a game that takes a massive risk, abandoning many of the central ideas of previous games in favor of a fast, arcade feel. It’s a radical departure, and one that is sure to alienate some fans. But those willing to accept it for what it is will find that Project CARS 3 offers a great time.

"You can upgrade cars using currency earned during the career mode. This in turn opens up more options to modify and fine tune your car, tweaking it to emphasize things like braking, handling, and speed."

The game was claimed early on in development to be a spiritual successor to Need for Speed: Shift, and you can definitely see hints of that hiding in the game’s design. It’s also drawn some comparisons to the game GRID, and I think those comparisons are apt as well. The game goes for a more arcade styled progression system than previous entries. Here, you climb a ladder of sequential events, knocking out a handful of short events at a time. As you do so, you progressively earn money, experience points, and other rewards for your efforts.

It’s a far cry from the previous progression systems of the game’s predecessors, but I found it to be a fun change nonetheless. It gives the game a snappier pace, and the rewards flow pretty consistently, meaning you always feel like you’re accomplishing something and making progress. If you’re looking for the heftier, slower tournament style progression of past entries, then you might find yourself disappointed by these changes. Personally, I found them to be a lot of fun. The progression feels quick, snappy and constantly rewarding.

Gone are mechanics such as tire wear, and the actual mechanics of driving are greatly simplified. These cars turn at the front and break hard, as is the case in most arcade style racers. The driving feels good, and the cars are quick and responsive. In fact, the game does an excellent job of addressing some issues with handling and steering that have plagued the series since its inception. By making the cars more responsive in turns, and quicker to control, they’ve fixed the game’s sometimes wonky handling. Past entries had issues with some cars feeling much more responsive than others, while others felt sluggish and hard to control. By placing all the cars on more even footing, it fixes that problem, even going as far as to nearly eliminate it altogether. 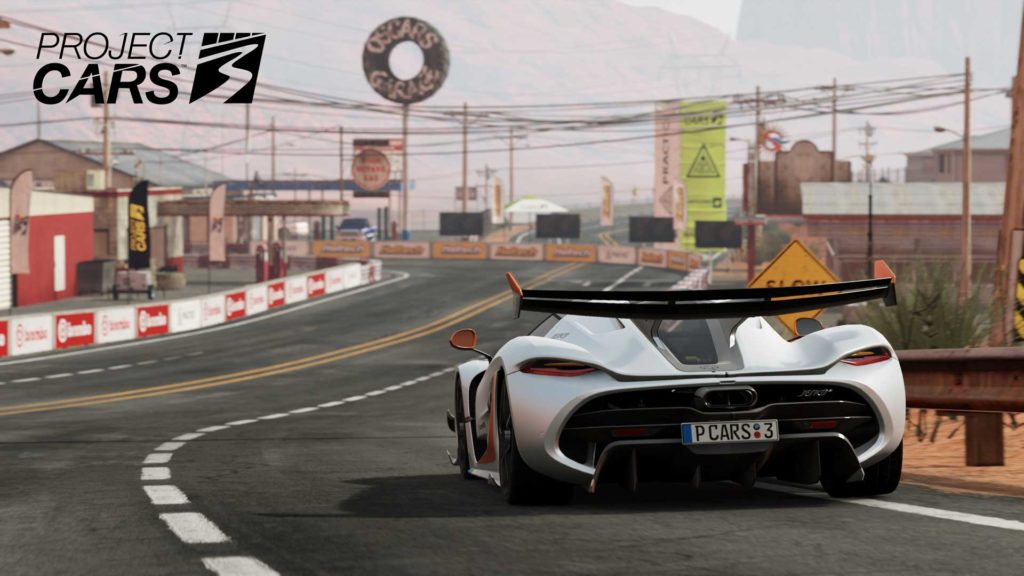 "In addition to the visual flaws, the game suffers from some pretty poor decision making in its menus and other quality of life areas."

That’s not to say that the game eliminates it’s depth along with the handling options. On the contrary, you can still fine tune your cars to a pretty intense degree. You can upgrade cars using currency earned during the career mode. This in turn opens up more options to modify and fine tune your car, tweaking it to emphasize things like braking, handling, and speed. With enough upgrades, you can turn a dinky street car into a competitive race car. Admittedly, that sounds like a strange prospect at first, and it may serve to turn off those looking for a game grounded in the realism of the sport.

But at the same time, it’s a lot of fun and strangely satisfying to do so. Knowing that you’ve taken this little car, one that really has no place on a professional track, and have upgraded it from its humble beginnings into a professional race car feels immensely rewarding. Unfortunately, the game doesn’t offer that same depth and satisfaction in its visual customization, which is lacking compared to other major games in the genre, like Forza or Gran Turismo. Your options just feel kind of limited here, and it’s hard to make the cars look too distinct or interesting.

The game is generally something of a disappointment on all visual counts, actually. It just doesn’t look all that great when stacked up against its competition. When you’re in a genre like racing, competing with games like Forza and its top of the line graphics, your own visual shortcomings only become more noticeable. The cars themselves look good, as is expected. But environments look flat and weather effects are disappointingly static in appearance. The game also suffers from some more technical issues as well, including some noticeable aliasing on more distant objects and vehicles.

In fact, most of the game’s biggest flaws come on the technical side. In addition to the visual flaws, the game suffers from some pretty poor decision making in its menus and other quality of life areas. Menus are a cluttered mess to navigate, and they never really get any easier. The game also does a pretty poor job of actually explaining its progression and experience systems. It just leaves too much to you to figure out, and it can make the early experience a lot more confusing than it needs to be. Similarly, the AI is all over the place, both literally and figuratively. Their behavior during races can be downright weird at times, and they can alternate between extremely dumb and unbelievably aggressive. It’s usually the first one, but when the AI decides to play aggressively it can be really frustrating.

Luckily the actual racing experience is a blast. It’s fluid and responsive, and the cars feel like a joy to drive. Once you figure out the menus and progression, the systems at work here are rewarding and fun to play through. And while the customization isn’t the greatest in the world, it still gives you something to strive for, and the upgrade paths you can take for your cars are a blast. From a purely racing perspective, this is one of my favorite games out right now. 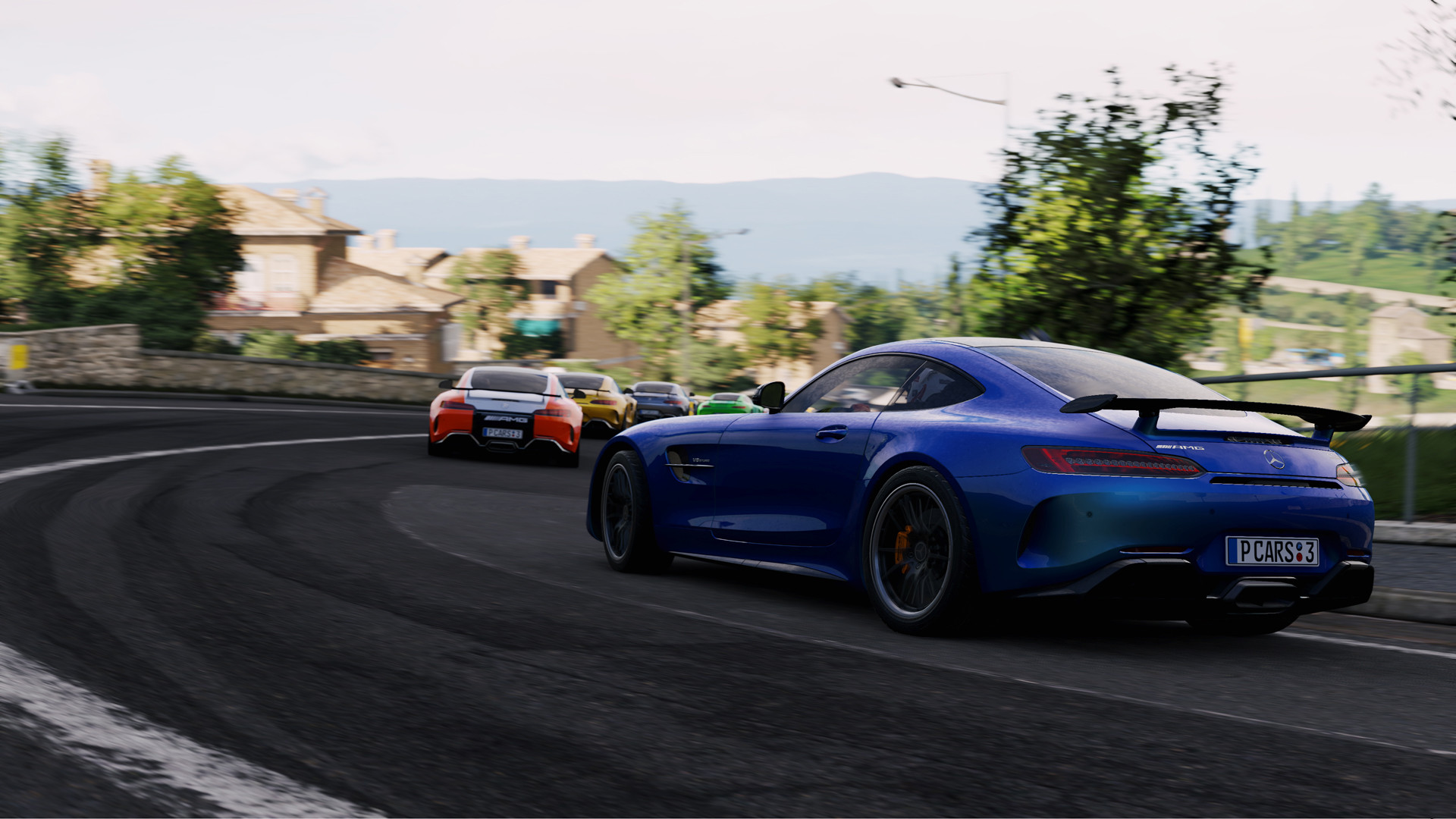 "Project CARS 3 feels like a daring departure, one that takes a lot of risks and will probably catch a lot of flak. But for those willing to take the risk, it’s a lot of fun."

And here’s the thing. Project CARS 3 achieves all of this success by throwing out major elements of what defined the previous games in the series. But despite the sweeping changes it makes to the franchise, Project CARS 3 works because there’s such a confident vision running throughout the entire experience.

All of the choices and changes that the developers made play off of and compliment one another. Every change made has a reason and serves a purpose. It’s that singular philosophy, that clarity of vision that keeps the game from feeling like a simplified cash grab. Instead, the game feels like a daring departure, one that takes a lot of risks and will probably catch a lot of flak. But for those willing to take the risk, it’s a lot of fun.

Strong racing mechanics are a joy to play; a solid identity makes the game feel consistent throughout.

Project CARS 3 is a serious departure from the franchise's roots. It takes a lot of risks, but those willing to make the jump will find a fun and rewarding racing experience

A copy of this game was provided by developer/publisher for review purposes. Click here to know more about our Reviews Policy.
Tagged With: bandai namco, pc, project cars 3, ps4, Slightly Mad Studios