Project CARS delivers the racing experience of the generation.

Taking an alternative route to most AAA games development, Project Cars made its way on to the track as a crowdfunded project. Having been in beta for just over a year and taking many stops in the pit as delays began to rise, the game has finally qualified for its promised release date of May the 7th, and I’m pleased to say it has finally crossed the line with flying colors.

Gaining traction from both motor enthusiasts and gamers alike, this approach to pleasing both sides of the audience that Project Cars takes is one worth the appreciation. Offering different levels of gameplay difficulty based on a scale of one to three, it manages to adapt to all audiences, allowing them to progress their skills and move on to the next difficulty when ready. For those quite familiar with sim-racing games, the end of the scale is where they’ll most likely feel at home. 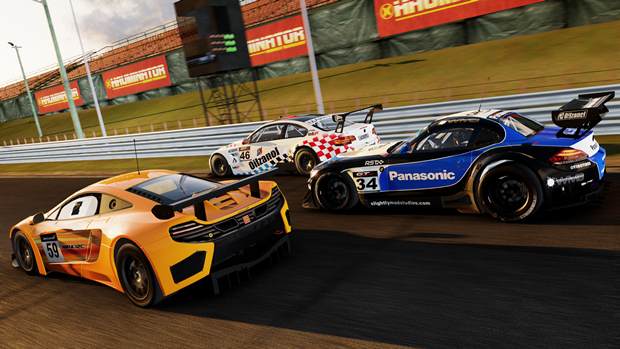 "The game has qualified for it's promised release date of May the 7th, and I'm pleased to say it's finally crossed the line."

Where the beginner difficulty settings offer a casual and more laid-back driving experience, catered for those looking for an entry in to it’s play-style, the cocky gamers among us will most likely strike a balance between the two. And this is where Project Cars does so well in regards to encouragement and making the player feel welcome. Constantly pushing them to continuously take part and hone their skills.

Offering up four modes of play consisting primarily of single-player events, it’s clear the meat of the game resides within its career mode. Differing from the standards and traditions that most racers abide by, the game takes an alternative approach to its progression system and the way in which players reap their rewards. While the game offers up more than sixty cars to begin with coming from a multiple of disciplines, having the choice to decide which class of car and which contracts you wish to undertake right from get-go, works well within the game’s favour.

Want to race Formula 1? Go ahead. Gran Touring? Why Not. Prototype vehicles which by their very own name-sake makes absolutely no sense in the real-world? It’s all yours. As the player races throughout the game’s career and takes up contracts as means to build their reputation, something the player will become very familiar with and fairly quickly is the game’s element of choice. 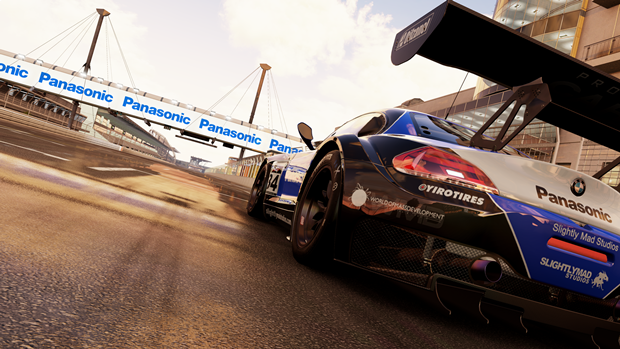 "As the player races throughout the game's career and takes up contracts as means to build their reputation, something the player will become very familiar with and fairly quickly is the game's element of choice."

Where Project Cars offers up enough sophistication in regards to tuning vehicles and adapting to the player’s racing style, by the means of driving assists as well as hints and tips, the amount of choice that the game gives to the player extends beyond the means of actual gameplay, leaking on to its intricate and fairly lengthy options menu. Giving the player what they want, as evident by its crowd-sourced development, Project Cars gives the player full freedom as to how they wish to experience the game.

Outside of gameplay and vehicle performance options, every aspect of the game’s settings menu is essentially tweakable. Individual audio sliders, custom controller set-ups, and support for just about every steering wheel you can throw at it. It should be noted that since this is a sim-racing game, be it one that also caters for beginners, the game is best experienced with a steering wheel.

Playing with an Xbox 360 controller, as most controller-users are more than likely to do, while my experience with the game was a satisfying one at best, the temptation for a cockpit set-up was an enticing one indeed. And this is down to the game’s incredible amount of authenticity. Playing Project Cars doesn’t feel as though you’re playing a game, it feels like you’re in the seat of a car. An expensive one mind you, but in every aspect a car. 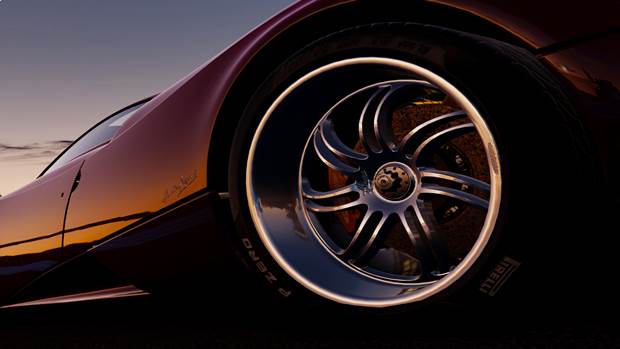 "Playing Project Cars doesn't feel as though you're playing a game, it feels like you're in the seat of a car."

Outside of the game’s career mode, players can also take part in online community events, practice runs, and quick-play. The amount of tracks available for the player to race on is quite uncanny, and with Slightly Mad Studios promising to add more content throughout the game’s entire life-span, there’s plenty to look forward too.

Providing the player with six different camera settings for how they wish to race, not only does the game change visually in-terms of how it feels from each of it’s perspectives, it also gives the player the choice in adjusting their field-of-view. Playing from the perspective of the driver’s helmet, it goes without saying that the attention to detail is truly immaculate.

Authenticity plays an essential role in regards to the development of the game. Heck! there’s even an options menu called Authenticity, which relates to the assistance, stability control, damage settings, fuel usage, and mechanical failures. There doesn’t appear to be any aspect of realism that wasn’t accounted for while putting this masterpiece together. The only problem with the vast amount of options that the player is able to tweak, is the game failing to deliver enough explanation as to what it’s actually going to do. 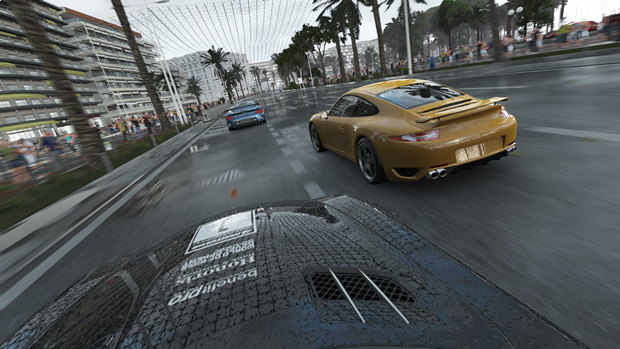 Turning my driver’s head from left to right admiring the stitching on the interior, made me realize just how flawed and “Gamey” other racing titles truly are. Your driver isn’t just an avatar, it has a body. And just like all bodies that turn their steering wheels, press on the brakes, and speed over bumps, these bodies move. In comparison to titles such as Forza or Gran Turismo where the focus of the game starts and ends with the handling of their vehicles, Project Cars takes into account all aspects of its gameplay, including the driver.

Leaning, tilting, lunging back and fourth. Where other titles may use marketing puns as a means to invoke realism, Project Cars on the other hand, really does put the player behind the wheel. While the immersion factor for the helmet view is one worth the experience, I often found myself changing the camera back to default, since it can often become overwhelming. Frankly, it’s disorienting. And while I respect it and I appreciate that it’s there, is it fair to wonder whether it’s too realistic? Well, I don’t know. But it’s this attention to detail of my driver actually feeling like an actual driver, as opposed to an in-game camera with arms and legs, that I’m glad Project Cars delivers upon. Kudos for authentic nausea without poorly integrated motion blur. Bring on Oculus Rift. 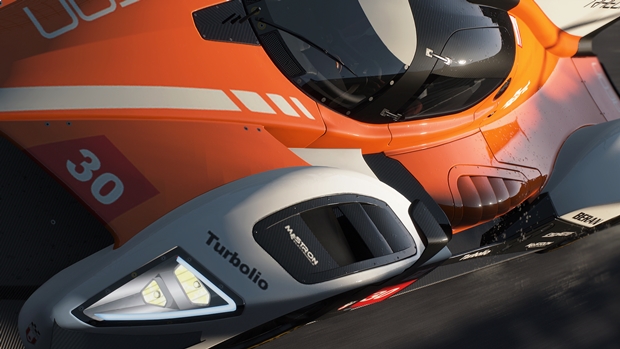 "Where these other titles may use marketing puns as a means to invoke realism, Project Cars on the other hand, really does put the player behind the wheel. "

Catering to the PC crowd which the game is clearly looking to impress, Project Cars packs in just about every form of visual options you can throw at it. MSAA, FXAA, Environment Map, Particle Level, Particle Density, Texture Resolution and Filtering, Shadow Detail, the list goes on. Where the game extends upon this however, lies within its Visual FX menu.

Lens Flare, Bloom, Heat Haze, Crepuscular Rays, Rain Drops and so on. The most players will receive in regards to a performance hit isn’t worth counting frames. For those looking to gain the maximum performance however, they may want to adjust the detail settings that lay within the aforementioned menu. What’s not so great about this feature however, is the same problem as mentioned before. No explanation as to what each of these effects actually are and what they actually do. 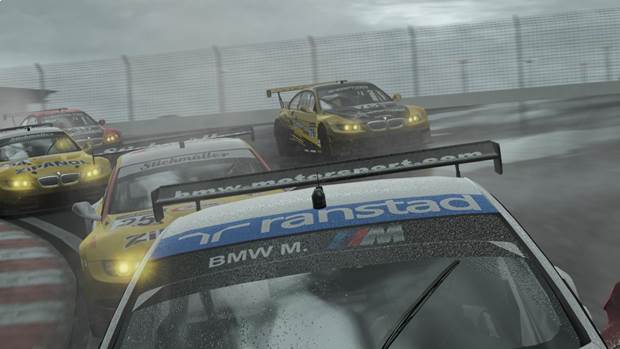 "Catering to the PC crowd which the game is clearly looking to impress, Project Cars packs in just about every form of visual options you can throw at it."

As it stands, racing games have never been a “Go-to” game for PC gamers, in regards to benchmarking, until now. Project Cars will push your PC. One of the most stand out features about Project Cars is its graphical fidelity, there’s no doubt about it, it’s striking. And with that being said, other competing titles can’t hold a flame to it.

Frankly, it’s set a new standard for future racers to live up to. While the game is very scalable, and is visually pleasing regardless of the chosen graphical settings, turning things up a notch from its console brethren, Project Cars on the PC is simply jaw-dropping.

Lighting is phenomenal, track details are stunning, and the cars cross the line of photorealism. No pun intended. Supporting resolutions of up to 12K, the game was clearly built with future graphic cards in mind. In terms of performance however, it’s a two-way street. Running the game on a GTX Titan Black, an i5-3570K, and 8GB of RAM, frames rates vary between 60-110. This was achievable at 1080p, all screen-effects active, and ultra-settings with motion blur off. Sounds reasonable right? There’s just one catch. 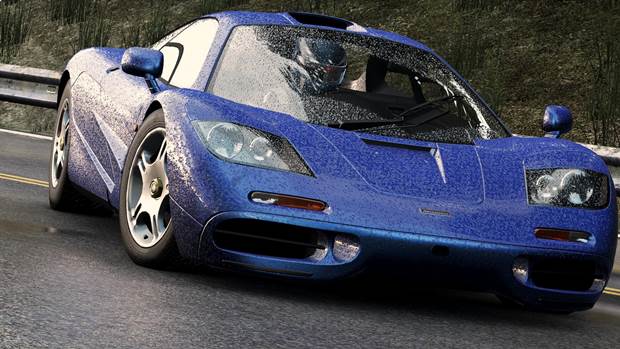 "As it stands, racing games have never been a "Go-to" game for PC gamers, in regards to benchmarking, until now."

As the game thrives upon player choice and customizability, changing the game’s weather conditions from hazy morning to a seven o’clock thunderstorm, clearly took a noticeable toll on performance levels. And that’s me being nice. It downright punished my hardware, and this due to the game’s rain effects.

While the effects look great and it provides a level of realism that actually affects the way that players are required to drive, the performance hit is noticeable. How’s 40-60 frames per second sound? Playable, yes. But the effect on performance doesn’t feel quite right, doesn’t feel optimized.

Despite this one minor flaw, Project Cars is a solid and highly immersive racer. Given the strong and enthusiastic following that was gained from it’s early development stages, my thoughts towards the game’s longevity is one I hold faith in. Pushing the limits where other games run out of fuel, Project Cars has set the new standard, in-terms of both racing authenticity, and being a graphical benchmark.

Rain physics don't appear to implemented all too well in regards to optimization. Lack of explanation in certain menus, such as Visual FX.

Final Verdict:
EDITOR’S CHOICE
Project Cars provides excellent gameplay that caters to both beginners and motoring enthusiasts alike. Along with mouth-watering graphics and enough satisfying content for the long drive ahead, this is a game with plenty of longevity.
A copy of this game was provided by Developer/Publisher/Distributor/PR Agency for review purposes. Click here to know more about our Reviews Policy.