Project Monolith may not be the most high profile upcoming title, but it’s definitely looking like a curious beast. With a visual style reminiscent of the likes of Hyper Light Drifter and The Witness, taking inspirations in the story and storytelling departments from The Legend of Zelda, this is looking like an amalgamation of a lot of very interesting thing, that – when put together – can potentially be even more interesting. We recently sent across some of our questions about the game to the developers. The following questions were answered by game director and C2 Game Studio’s founder, Luis Correa. 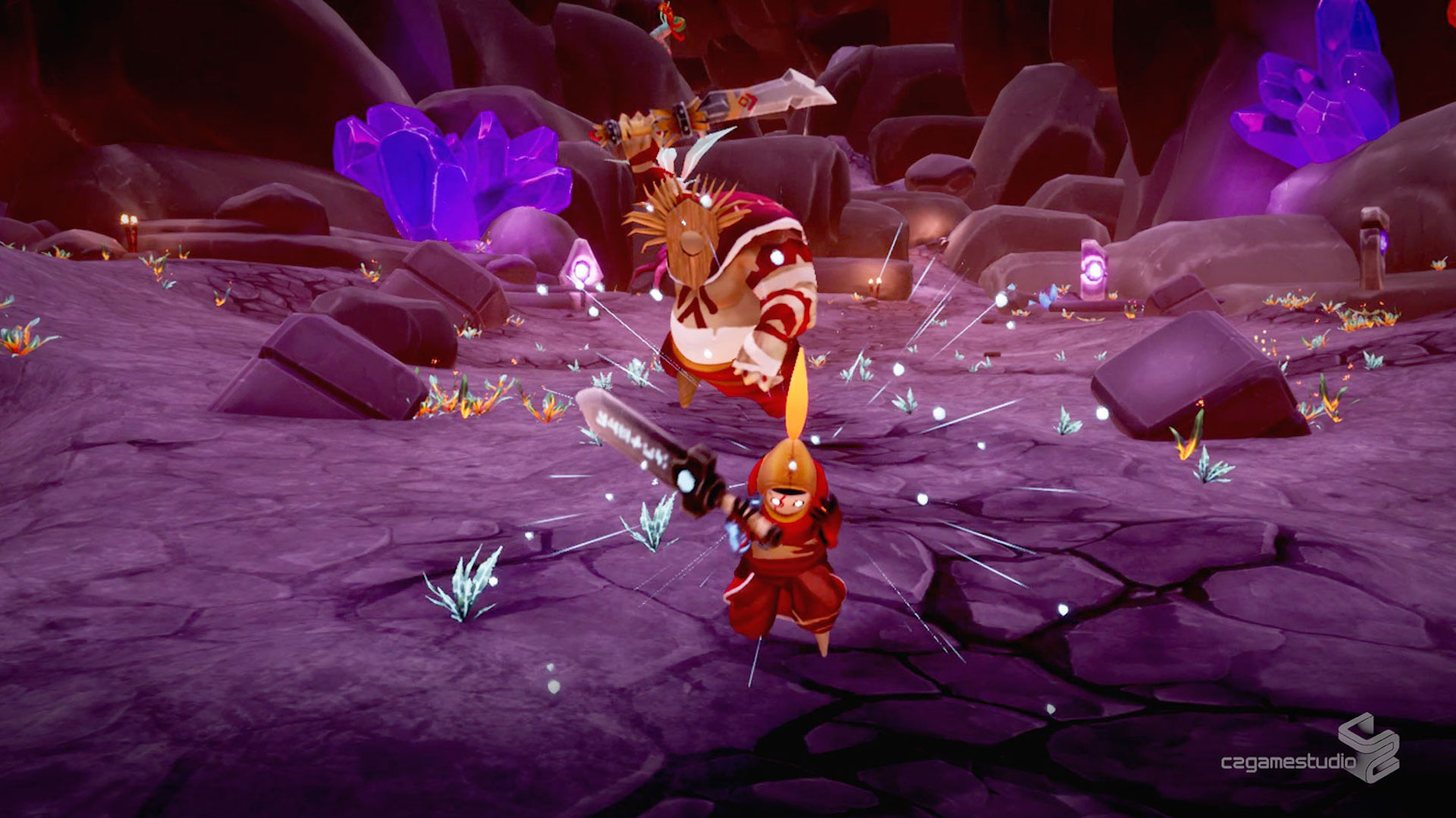 "Our goal was to transport and immerse the player into a world, far away from reality, at the same time strange and compelling."

At first glance, Project Monolith’s visual aesthetic and art style are quite striking. Was there anything that influenced this direction for your game’s aesthetic?

Yes, we have a very talented art team. Our goal was to transport and immerse the player into a world, far away from reality, at the same time strange and compelling. Creating a strong and poetic fantasy setting is not easy. We spent a lot of time iterating on the visuals until we got to the point where that was it: The world of Project Monolith was there in front of our eyes, unique and beautiful. Games like Ori and the Blind Forest, Hyper Light Drifter, The Witness, Journey, and for sure Zelda were clear influences.

The abilities in combat that the game’s teaser trailer briefly shows are looking quite interesting. Can you talk to us a bit about what these are and how they function in terms of gameplay?

Astor (our main character) is at first a young Diokek (A race of peaceful beings that inhabit the world) who dreams to be a great warrior like his master.  He will fight with various weapons, each of them with its own style. The combat is frantic, fast pace and action oriented. Also, there is a power hidden inside the Monoliths and the ruins around the world. Learning how harness this runic energy, Astor will be able to materialize constructs such as walls, blocks, Golems, Cannons, etc. These abilities serve different purposes, they will be useful in combat and world exploration.

Can you speak about the narrative setup of Project Monolith? Is story going to be much a focus in the game?

Yes! The story is a big part of the experience. This world is full of tales and mysteries. Astor will start a quest for knowledge and learn the past of his world, as well as the role of mankind in this forgotten history. Did I tell you that Astor’s mentor is human? Overall, the plan is to use simple real time cinematic sequences, as the main narrative tool. We want to keep the game focused on action and exploration while the player understands a lot of the story through the environment itself. Ocarina of Time’s story structure is a good example.

What is the basic structure we’re going to be following in the game? Is it a dungeon-based progression or more of an open world title?

It is more an area-based progression with dungeons inside each zone. There is a hub, from where you are free to choose the order you will play temples or missions, that have been unlocked through the story progression.

Are there any games in particular that have influenced any of your design decisions for Project Monolith? I may be totally wrong here, but looking at the game, I do get some Hyper Light Drifter vibes from it.

Hyper Light Drifter inspired some of the monolithic structures vibes as well as some of the color palette. Actually, many games have influenced the design of Project Monolith: from the mysterious world of Journey, the story ala Zelda, the fluid and responsive combat or the impactful and weighty God of War attacks. 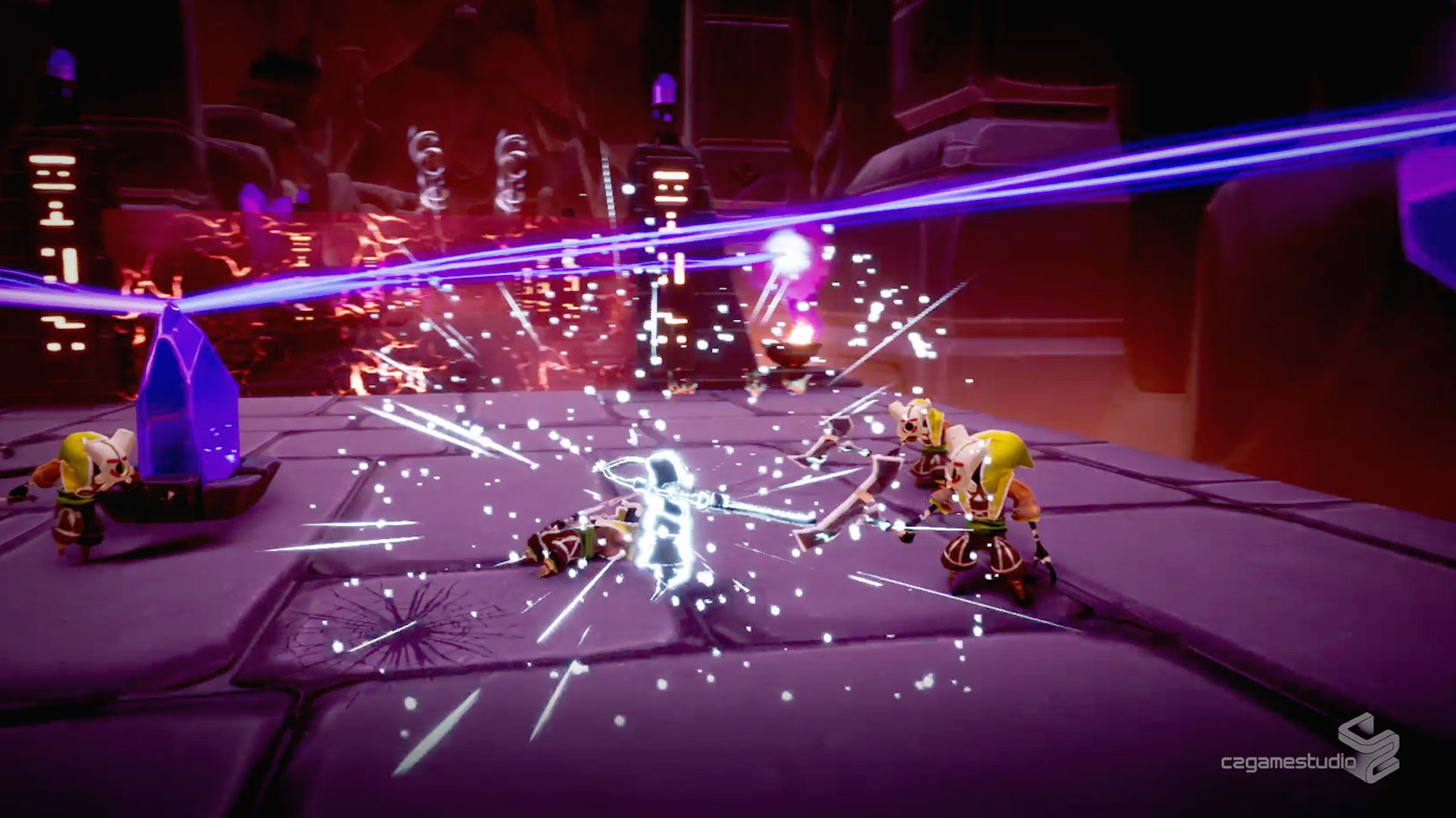 "We are too early in development on Switch to discuss framerate and specs, but we are shooting for 60fps across the board for all standard versions of consoles. "

Will there be more than one weapon that players can use in the game?

There will be 4 weapons- a sword, a hammer, a set of gauntlets, and a spear. All with unique attributes and move sets. We are also working on a range weapon or ability and a ton of runic powers and some gadgets. I don’t want to promise anything yet for range combat, but we are considering it.

Can you talk to us a bit about progression mechanics in Project Monolith?

You’ll loot up orbs and resources which can be used to unlock skills. These skills will increase your combo chains, unlock finisher moves, super attacks, upgrade your runic construct abilities, etc. You can also find runes of power you can equip into your weapons to customize your experience. You are free to choose your path, focusing on the powers and weapons you prefer. If you are an achiever, it is always possible to unlock everything, but it will take time.

What sort of a balance can players expect from exploration and combat sections in the game?

Mostly combat, exploration serves as the means to connect the player to the world for the most part. And you have the Vistas! They are spots designed to admire the majestic beauty of this world. These sceneries are also used to support the navigation and show from distance the mysterious places you are about to visit.

We are too early in development on Switch to discuss framerate and specs, but we are shooting for 60fps across the board for all standard versions of consoles. But for us it’s all about the experience and we are ready to sacrifice a bit of FPS and resolution for a better experience.

Will the game will feature Xbox One X and PS4 Pro-specific enhancements? What can players expect if they are playing the game on those systems? Is 4K/60fps on the cards?

Same, this is still to early development overall to be precise about specifics on pro consoles and high-end PC. Anyway, we’ll probably have higher draw distances, more particles, denser atmospheric effects… things like that. 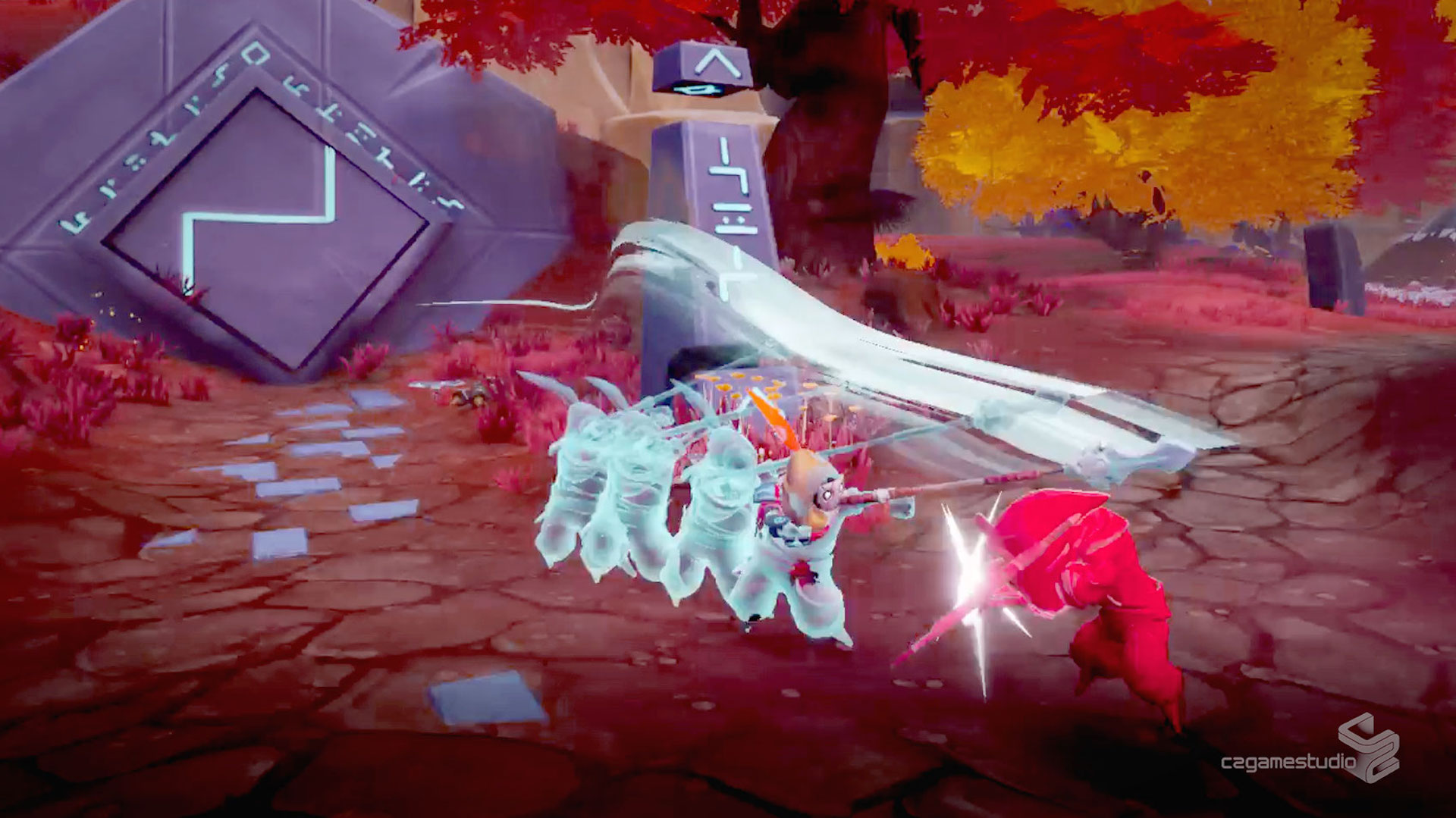 "Our goal is to get the best out of each console, we want our game to run smoothly on all of them."

Our goal is to get the best out of each console, we want our game to run smoothly on all of them. We don’t comment on the strengths and weaknesses of the different consoles; we just want our players to be happy with what the game has to offer on all platforms.

Close to stable 60fps at 1080p in scenes intended for combat and action.

Ray traced rendering will open up interesting opportunities for rendering fidelity. We’ll have to see to what extent the next gen consoles will be able to support it. Will the next God of War use raytraced rendering and set a direction for the industry? Or will it only be used by small experimental games? Only time will tell.

In an online scenario the more players you have the better, in an ideal world a console should just be a vehicle to dive into the experience, regardless of the brand. However, networking is a complex beast and I’m sure their policies are also there for technical reasons. But I don’t know enough about it to discuss the matter in detail.

As a user who purchases as many digital games than hard copies, I surely hope so.

I try to not pay too much attention to that sort of drama. Games as a service is a business model which is here to stay. The main challenge for F2P/freemium games is to regulate the age of the players properly and design the mechanics so they are not detrimental to the experience. From my point of view, I don’t see a problem with random based game mechanics, there are people enjoying them. 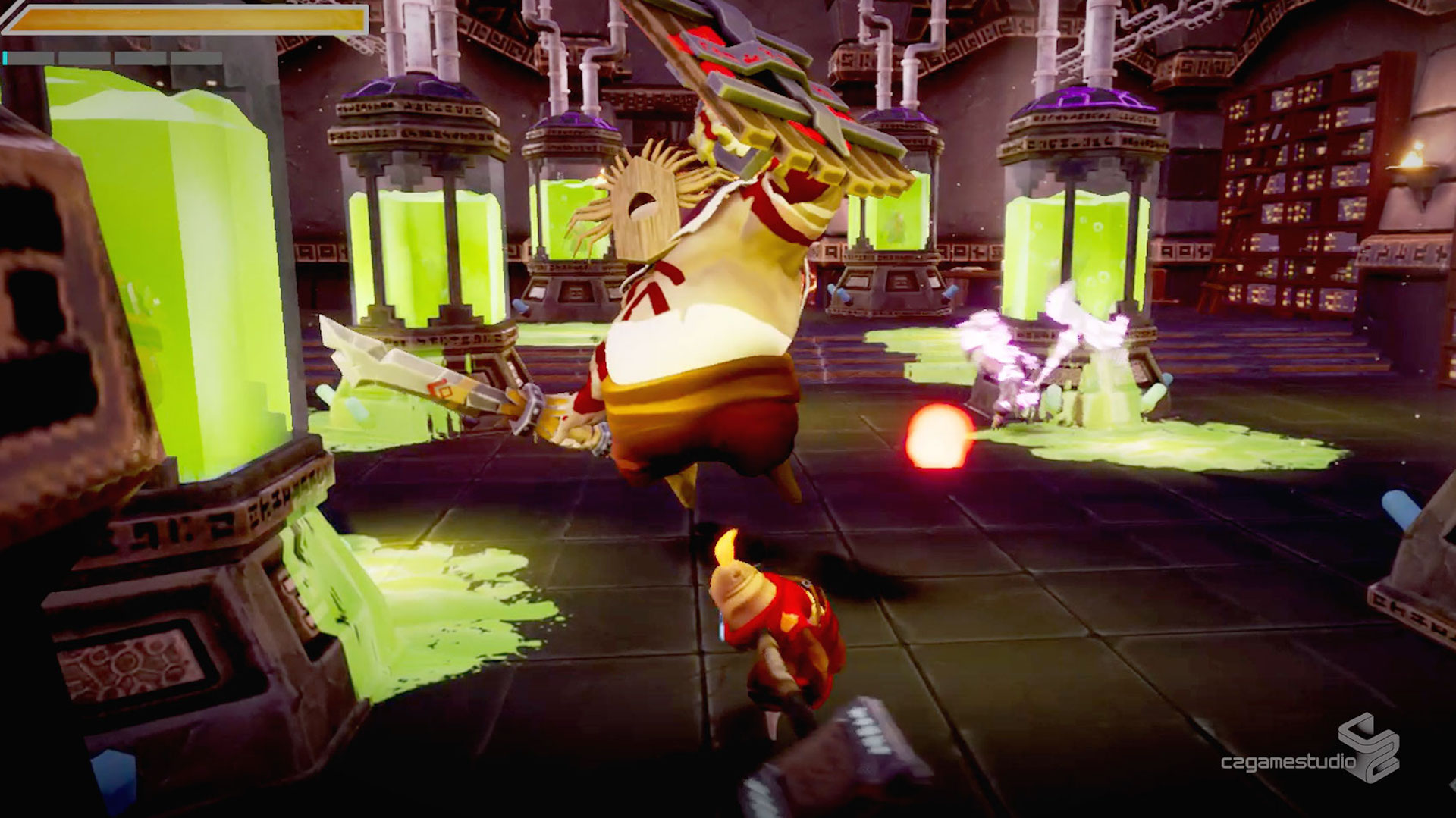 "We’ll certainly meet with Google, find out what this is all about, and see if we are a right fit before committing."

Well, we’ll certainly meet with Google, find out what this is all about, and see if we are a right fit before committing.

Do you think Google’s Stadia has a future especially given the infrastructural issues?

The bandwidth demands will be a challenge, for example in Latin American countries. There are still not clear details on how Google plans to address that kind of issue.

For me, specs are just numbers, the secret is in the design. I stopped paying attention to raw specs a long time ago. If Nintendo can bring a game like Breath of the Wild, under the constrains of the Switch, then I guess with a good design you can create some pretty cool things with higher specs.

More powerful probably, since they are designed to operate locally instead of the cloud-based approach of Stadia.