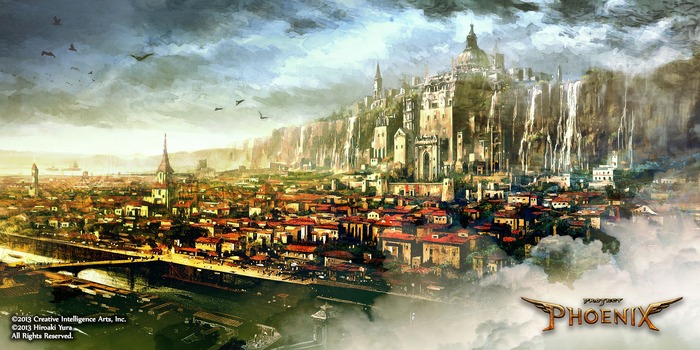 The Kickstarter page for new game Project Phoenix has gone live, and the game looks to be pretty ambitious in its scope.

The page describes the game as a JRPG with ‘squad based RTS gameplay’ at one point, and an RTS with ‘Japanese RPG influences’ at another, is nonetheless a ‘AAA title’  which is bringing together the top talent from Japan and the west, including famed Final Fantasy composer Nobuo Uematsu. The game promises a nice amalgamation of eastern and western sensibilities, and also claims to be the first Kickstarter video game project from Japan.

Project Phoenix is aiming chiefly to be a single player game, though multiplayer modes and functionality is not out of the question; it is also aiming for PC, Mac, and Linux versions. iOS and Android versions will also be made, but they will be different games. Other platforms, which include the PS4, and possibly the Wii U and Xbox One, are also being floated, and might be accommodated if the game reaches its goals.