FromSoftware has found both critical and commercial success with its signature Souls series, and the constant evolution of that formula seems to be a clear indication that things are only going to go uphill from here. Many of the core themes and ideas found in these games have led to the formation of the Soulslike genre, which has also continued to grow in popularity with every new game revealed and eventually released.

Recently, we got to see a brief first glimpse at Project: The Perceiver – which is an upcoming Soulslike from developer 17 Zhe Studio. The impressive first showing has set the internet ablaze with hype and anticipation for this new project, and it’s not hard to see why. The Perceiver looks to be everything that one would desire from a modern Soulslike – challenging combat, fantastical realms, a rich story – the whole nine yards. But it’s also so much more than that, and to that end – we ask the question, what the hell is actually Project: The Perceiver? Set against the backdrop of ancient China, Project: The Perceiver is a unique mix of open-world and soulslike gameplay. The story follows a seemingly unnamed artist of the time period, who died before he could complete the play that he was writing. As he spends his last moments drowning in the waller all while arrows are pierced into his body, a mask grants him a second shot at life and he sets off to avenge those who wronged him in the first place.

This kickstarts your journey to free your homeland of Tang from the hostile presence that has invaded these lands, and while that may sound formulaic at first – it looks like anything but that. Project: The Perceiver blends elements of mythology and history along with this narrative, and the plot ends up being much bigger than just a simple war for liberation. There are supernatural forces involved and much more – which has us excited to learn more on the subject.

The writing itself is also looking like a breath of fresh air amongst the barrage of Soulslike that we have experienced over the years. The story seems to be narrated in first-person, and that should give us a deep dive into our protagonist’s motivations, aspirations, and fears – all of which should bring us closer to this artist. Hopefully. 17 Zhe manages to pull it off, and if it does – we might have something really great on our hands that also puts a fresh perspective on the genre. 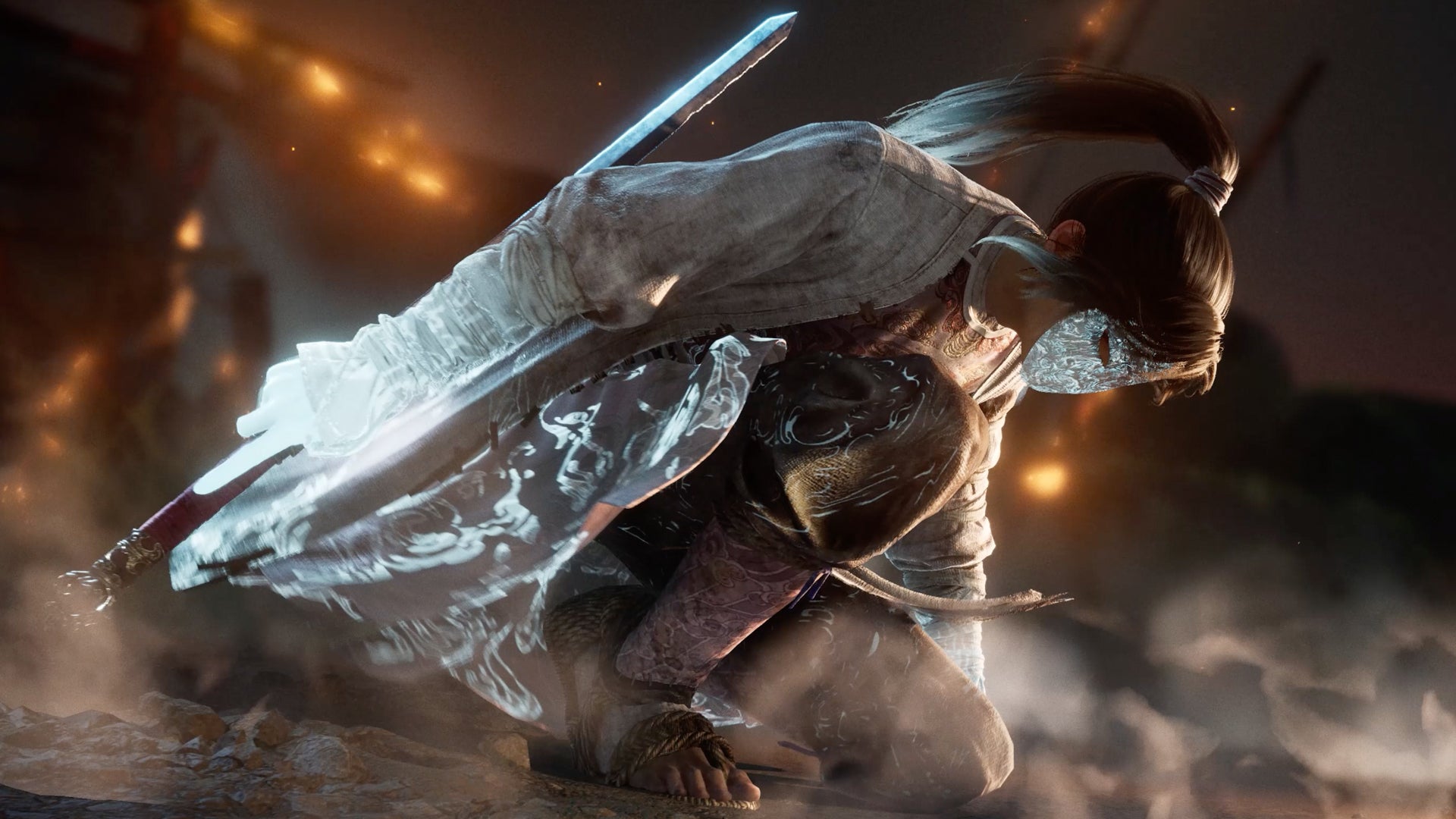 Over on the gameplay front, The Perceiver looks like a unique mix of ideas; some lifted straight out of contemporaries of the Soulslike genre and others from similar open-world games. The main hook of this game seems to be the powers that our protagonist has gained from the mask, which allows him to slash through hordes of foes which forms the core moment-to-moment gameplay.

The combat seems to be inspired by the Wuxia martial arts, and every move that the character and the enemies perform and fast and graceful – culminating in a pristine system that should hopefully be really fun to interact with. Boss fights have a cinematic presentation, and the one that we saw in the trailer seemed to have some narrative implications as well – as is evident by the conversations that the two exchange while trying to slice through each other’s defenses.

The Perceiver seems to have taken a leaf out of Sekiro’s book in that regard, and you have to master the careful dance of parries, strikes, and dodges to best your opponents. But unlike Sekiro, The Perceiver doesn’t limit you to a single katana – instead, you are free to choose your weapon of choice from a variety of options ranging from dual knives that strike fast to greatswords that hit hard to straighten swords that strike a balance of speed and damage among others. Different enemies would obviously require different types of strategies, and weapon types – which would open up plenty of avenues for crafting character builds that suit your playstyle.

The mask seems to give the ability to switch up character loadouts on the fly, as can be seen during the concluding moments of the trailer. The player character shifts in shape and form by wielding the mask, then reverts back to another loadout all within moments unnoticed. While this could be something that’s only for showcase purposes, it would certainly be a pretty good gameplay mechanic if implemented properly.

Project: The Perceiver will also feature vast maps with plenty of large and open combat arenas, many of which seem to be draped by wonderful flora and fauna in the background. The player will be free to explore these open spaces, and venturing off the beaten path will allow you to fight additional enemies or go off in search of precious loot. The protagonist is also pretty nimble and can jump to high spots and climb up walls as seen in the trailers – so it seems fair to expect a game world that has plenty of verticality as well.

While we don’t expect the open world to be as gargantuan in scope as Sekiro, 17 Zhe has certainly impressed us with the sheer beauty of its world and vistas. There are magnificent waterfalls, cliffs that tower above the villages and settlements below, lush forests filled with trees that sway to the tune of the winds, and so much more. In so many ways, this open world is reminiscent of the island of Tsushima – and that comparison definitely sets a strong bar of quality that we hope the developer is able to surpass with flying colors.

Finally, there are the visuals. Project: The Perceiver looks like a true next-gen game, and suffice to say it – the presentation here is absolutely breathtaking. The game is built using Unreal Engine 5, and 17 Zhe has certainly used cutting-edge technology to great effect. Everything from the highly detailed character models to high-res environmental assets to realistic animations and a complete suite of post-processing effects look wonderful, and you really get the feeling of being transported into a world that’s teeming with personality. The soundtrack is composed of melodies from instruments true to the time period and the region also contribute to the experience in more ways than one, and we can’t wait to see it all in its visual glory.

As for the topic of release, Project: The Perceiver is still in its early stages of development – and it seems fair to expect that the game wouldn’t be releasing anytime soon. Naturally, the developer hasn’t provided any release windows as of yet – but we do know that it’s going to be a multiplatform title with PlayStation and PC being the two confirmed ones as of now. Considering the information that we have on hand right now, I’d wager that a release date in the ballpark of 2024 or 2025 seems fair – but it could be pushed further depending on the scope of the project, of course.

In conclusion, Project: The Perceiver looks like a potent mix of Sekiro-styled combat and Ghost of Tsushima-styled open-world gameplay, and we are hoping with crossed fingers that 17 Zhe capitalizes on these potentials and deliver a game that surpasses the quality of its inspirations.