Project Wight Is Now Darkborn, 15 Minutes of Gameplay Shown Off

The first person dark fantasy title has been revealed in full. 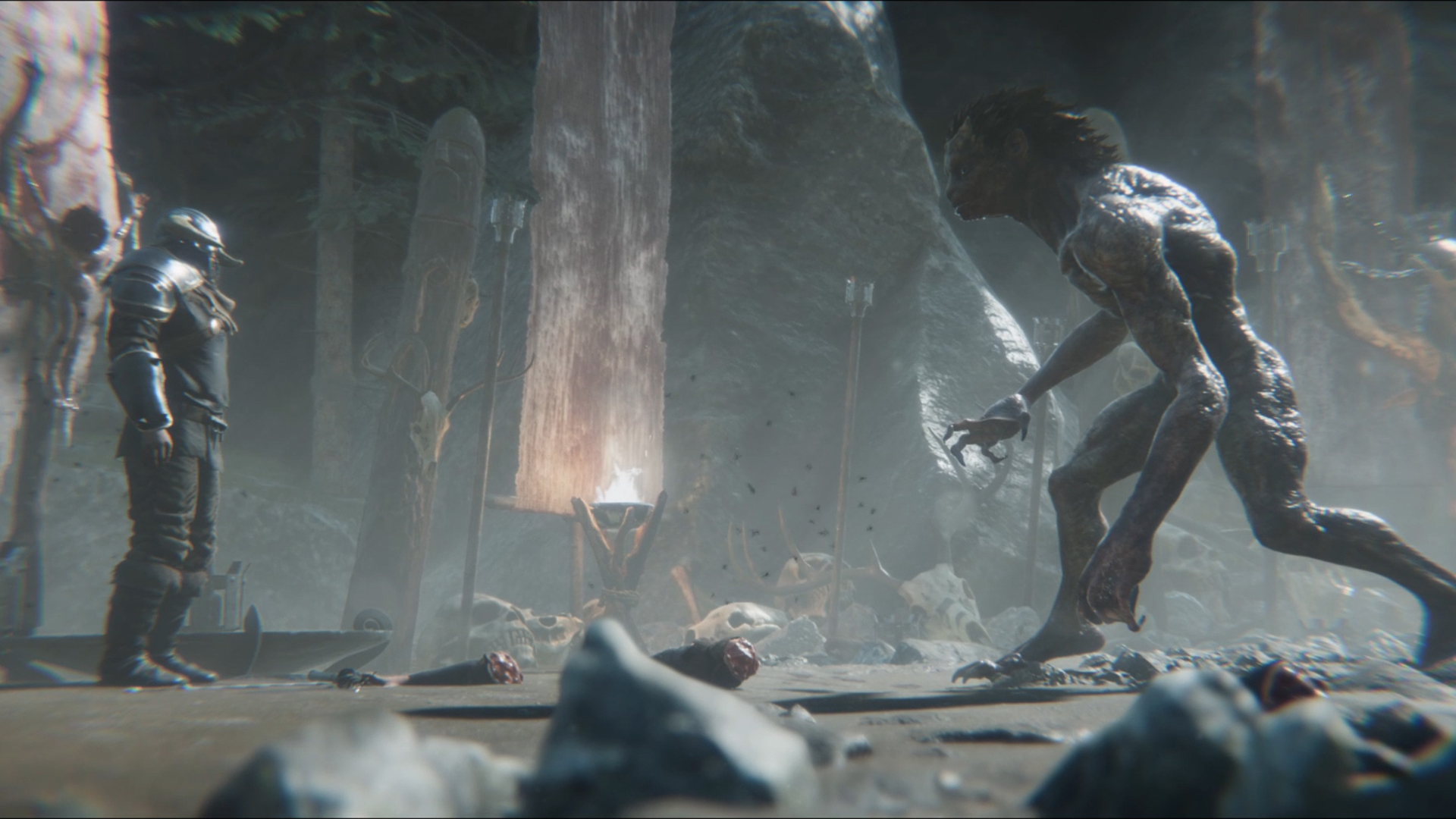 There’s been some interesting developments on The Outsiders’ upcoming first person dark fantasy title, known up until now as Project Wight. The developers have given it an official name- it’s now called Darkborn (via IGN).

Touted as a story-focused first person action title, in Darkborn, players take on the role of an innocent creature. With your family ripped apart by barbaric Viking-like hunters, you start the game as an innocent and helpless cub, gaining in powers, bestial energy, and improving your abilities as you set out to avenge your family and hunt down the hunters.

The game puts an equal amount of focus on stealth and combat- 15 minutes of gameplay footage have also been shown off, so take a look below (courtesy of IGN) to get a better idea of how the game looks in action.

“Darkborn is first and foremost a game about being a monster,” says The Outsiders co-founder and Darkborn project lead David Goldfarb. “Playing it is about experiencing that monstrous quality – in first person combat, in novel abilities and movement, and even in enemy reactions to you.

“But it’s not traditional in that humans are murderous, cruel enemies bent on your extinction. You yourself are an innocent caught up in a much larger conflict between Powers, the specifics of which become clearer in the course of the game. It’s a classic revenge story, but also a mystery: what happened to the world and your people? Can they be saved?””

Darkborn is slated for launch on the PS4, Xbox One, and PC- no release date has yet been announced. Take a look at its gameplay footage below.