PS Plus Games Lineup Announced For November, Is Largely Alright

Some pretty okay games all around. 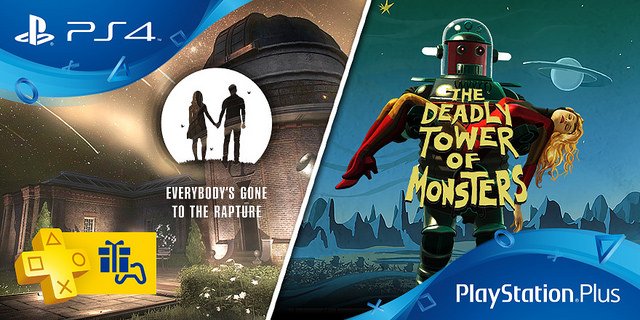 This month’s Xbox Live Games with Gold lineup was a bit weak– so this was Sony’s chance to come in strong and actually have a better lineup with PS Plus for once. The possibility was high, especially given that last month’s showing was pretty damn good. Unfortunately, Sony have come out with a showing that’s just… alright.

Don’t get me wrong, the PS Plus lineup for this month is pretty good, at least for PS4 owners (Vita owners have been largely left for dead at this point). It’s just that there’s nothing mind blowing here, nothing on par with the offering of Transformers last month, as an example.

PS4 owners will get Everybody’s Gone to the Rapture and The Deadly Tower of Monsters, both horror themed offerings, presumably to celebrate Halloween. PS3 owners get DiRT 3 and Costume Quest 2, while Vita owners get… Letter Quest Remastered (also available on PS4) and Pumped BMX+ (also on PS3). I’m actually not even sure what those last two games are.

Still, Vita aside, it’s a good month. But hey, as far as the monthly Xbox Live versus PSN contest for free games offerings goes? I think it’s a wash this time around.