Starting off, the Playstation 3 Firmware 2.76 is now Live for downloading. Dont get too excited over this, this firmware will not add anything new, but what it will do is improve playback quality, as well as making the Trophies load faster, According to Sony’s director of PSN operations, Eric Lempel, “This is a minor update that improves the playback quality of some PS3 format software.” but he did not mention the trophies loading up faster, but when you download it you will see they actually do.
So start downloading!

The Second thing ill like to talk about is some photos of what seems to be the “Playstation 3 Slim” have leaked on to the internet, which i posted something that could be related to this here.
The photos show a smaller version of the PS3 (obviously), which happens to be one of the ugliest things i ever saw in my life honestly, as well as its box, which happens to look very very real.

The Model it self (to me) looks like a fake, If Sony were to release a Slim PS3, in fact if Sony relased any type of device, it wouldnt look like this: 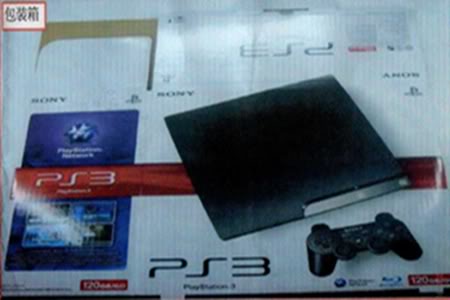 Also, the fact that the picture only has a “PS3” on it, while the orignal has “Playstation 3” So tell us what you think of this, will Sony show this at E3? are these photos a fake? real? give us your thoughts!