Affordable games on PSN too. 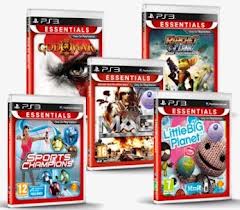 Sony has announced a new brand named PS3 Essentials where first and third-party games are available at a very cheap price. They will also be available in a different packaging as you can see in the image on the right.

These titles range from Uncharted to good PS Move games like The Fight. There are also third-party games like Assassin’s Creed: Brotherhood and the likes, which are no doubt still relevant and attractive at that price point.

These titles are priced at 20 euros each, and some of them will also be available on the PSN Store for 15 euros. The new PS3 was announced at TGS, and this essential range will complement it nicely. You can check out the details for that here.

Check out the full list below, courtesy of the Playstation Blog.