Posted By Rashid Sayed | On 01st, Mar. 2010 Under News | Follow This Author @GamingBoltTweet

This morning, I just booted my PlayStation 3 and started my saved game from Uncharted 2: Among Thieves from yesterday. Suddenly one of my online friends pinged me on Skype and insisted me to check out this news about the PlayStation Network getting shut down globally. Now since I am not much of an online player, my last venture with PSN was with Killzone 2, I did not cared about it. Now what my friend revealed next was shocking. He said some games have actually stopped working ever since PSN went down, even when the PS3 is offline. I told him: “Man, I live in Asia, and it’s been almost a year since I have logged in to PSN and there is no way that issue is going to hit me.” He than requested me to pop in Assassins Creed 2 and I did just that. The game booted up fine and I said to him: “See! Its working fine man”. He then requested me to actually play the game and what I saw next was out of this world. The PlayStation 3 popped me a message: “Registration of the trophy information could not be complete. The game will quit.” 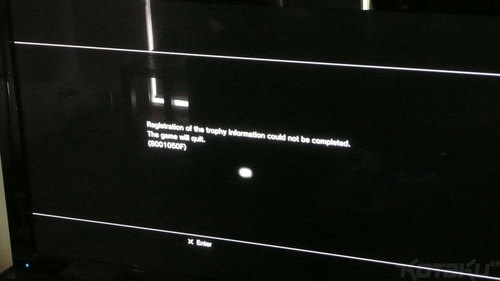 Well that did not ended there, when I popped in Among Thieves again, the game worked fine but the save dates had gone for a toss with Uncharted 2 showing as being saved in year 2000!

Now this atleast confirms one thing, not all games have been hit by this weird offline issue. What did Sony had to say about this issue? Sony has officially responded to the problems users are experiencing with PlayStation Network.

“We’re aware that many of you are having problems connecting to PSN, and yes, we’re looking into it. Stay tuned for updates.”

Now the thing is I have not logged in to the PSN for almost a year. So basically my PlayStation 3 is in an offline environment. So how on earth did this weird issue hit my PS3?

I did some brain storming and actually came up with something. The reasons might sound a bit strange, but anycase here it goes:

I will say it again. I have not logged on the PSN for almost a year. And the recent issue makes makes me a bit worried. Remember the good old PSOne days? That little thing could control a missile! I hope these issues get sorted out since I dont want to think that the PS3 is not a secure device. So lets just hope Sony sorts this issues real fast.

Have any of you faced offline issues? Let us get together and share our issues and hopefully find the solution.