A few updates for the upcoming puzzle game for the PlayStation 4 and PC. 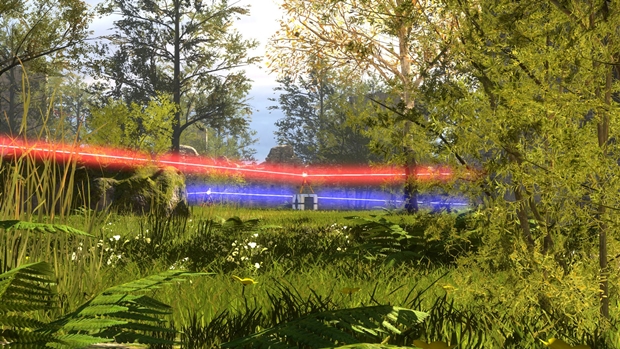 Croteam’s The Talos Principle, which is a console exclusive for the PlayStation 4, is already running above 60 frames per second on Sony’s console. Speaking to Croteam’s CTO Alen Ladavac and programmer Dean Sekulic, GamingBolt were able to receive new details about the game.

Besides 60fps, the game is confirmed to be running at 1080p. “Yes. This is still work in progress, but we’re very close to that. Our average frame rate is not an issue (well above 60FPS), but there are still some places in the game where minimum frame rate is in 50’s range. These things need a bit more polishing,” Dean Sekulic said to GamingBolt.

Alen Ladavac also revealed why there is no Xbox One version and the reason is rather surprising. They haven’t received Xbox One development kits which is baffling since Croteam are a reputed developer having worked on the Serious Sam series. “In the nutshell – we still weren’t able to get our hands on development kits for Xbox One. Without that, it’s hard to develop for it. :),” Alen said.

What are your thoughts on this? Stay tuned for more coverage for The Talos Principle in the coming days.