The removal of the application is going to lead to some frustration for those who leaned on it. 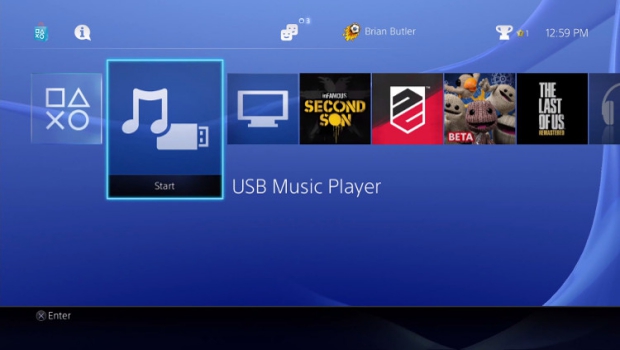 Now that the PS4 firmware update 3.00 has been rolled out, people are finding a ton of little tweaks and improvements. We can now take screenshots using PNG file extensions as well as event hubs. One thing that a sharp eyed Redditor noticed was that there is one thing that has apparently been taken away, despite the fact that it was well liked by users. The USB music player app is no where to be found, which means users are stuck with the less than impressive console media player.

The USB Music player had actually been fairly popular because people could use it to play their music when they didn’t want to use the one that came on the PS4. The USB application was first introduced in firmware update 2.00 but it appears to have been pulled out for this update. There isn’t any explanation by Sony at this point as to why they made the change. The Redditor in question who made the first discovery wrote in a thread that, “I just updated and no longer have the usb app. I never used the media player before this update because in order to switch music tracks during games I was forced to suspend the game. The usb app didnt do that and was much easier to use.”

That explanation is the real reason why taking the application away might annoy PS4 users. Having to go through extra menus is something that normally doesn’t make people real happy. Having choices taken away isn’t something that thrills people either.