"It will be a while before engine coders will work out how to really push its capabilities." 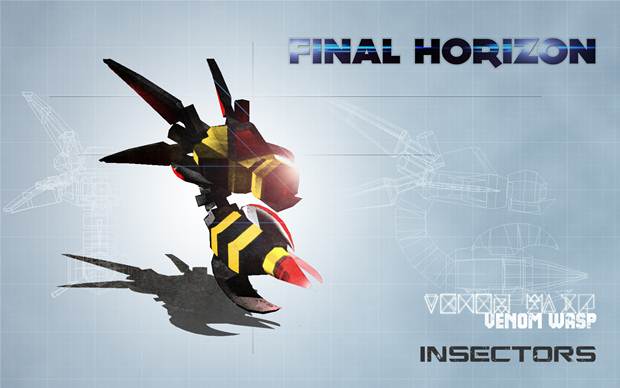 Final Horizon is an extraterrestrial real time strategy game under development at Eiconic Games. The game is being developed for the PlayStation Vita and Sony’s next generation console, the PlayStation 4. We recently had an opportunity to have a chat with David Pollard who is the director and programmer at the company to ask him about their experience working with the PlayStation 4 and what they liked about it.

Much is being made out of the 8GB GDDR5 RAM memory on the PlayStation 4. As technology advances, we asked whether this little choice by Sony will make sure that the PS4 will not become obsolete in the next few years, to which he replied:

“There’s a few interesting things about the PS4 that should keep it from becoming obsolete too soon, as well as the choice of memory. For example, the way the GPU is set up to encourage it’s use not only in the traditional way of drawing stuff on the screen, but also as a resource to do complex calculations, means that much like the PS3 before it, it will be a while before engine coders will work out how to really push its capabilities.”

We also asked him whether they are going to use the much praised touch pad functionality of the DualShock 4 and he confirmed to us that this is something that they are currently looking into.

“We still need to prototype a few ideas, one of which is to see what it’s like using the touchpad to control a mouse-like pointer for selecting towers, etc. It’s quite nice on the Vita being able to use the touch screen to tap select things. One of the things we’re doing is giving the player a few different ways to control the game to suit different play styles,” he added.

Final Horizon was one of the many indie games announced at this year’s GamesCom. Stay tuned for more news and updates for all things Final Horizon.