The PS4 has jumped to the top of Amazon Japan’s best sellers charts within just minutes of its launch in the region, and the system overall seems to be performing exceptionally well already. The PS4 version that doesn’t have a camera is on top of the Amazon list while the version with the camera is slightly less successful at 12th position. 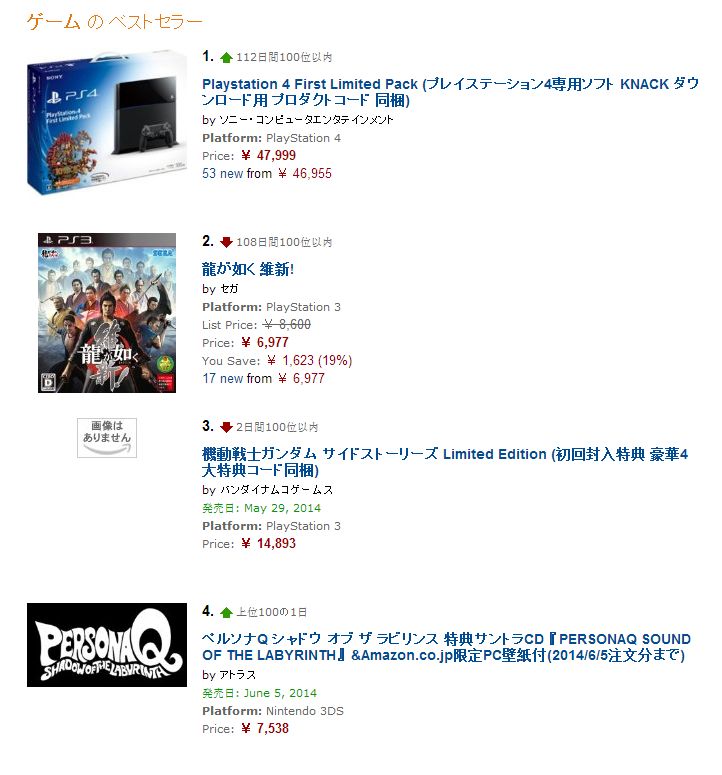 The PS4 software section has also been doing well with the Japanese audiences, if not as well as the software that is available on the PS3, but to be fair, Sony’s now older system has a much bigger install base than their newest console. Metal Gear Solid V: Ground Zeroes is doing rather well on both the systems.

The official Media Create charts for sales of the month in Japan will be out next week, but we can all obviously expect to see some fireworks for the PS4.