It’s time again for a roundup of all the next-gen news and rumours, and this week has been a bit interesting with Nintendo defending the Wii U’s specs and a new rumour about PS4 being 10x more powerful than the PS3.

According to the spec sheet posted below, the PS4 will be a powerful machine. These specs are not feasible for a device releasing in 2012, but makes sense for 2014, which is when the next-gen consoles from Sony and Microsoft are set to be released, after an unveiling in 2013.

Microsoft has applied for a patent that would make the next-Xbox just like a PC, Eurogamer reports.

“A recent patent filing suggests that Microsoft’s next console is based on the idea that it can be scaled up – or down – over time, leading to speculation that the current notion of a console lifecycle could be replaced with rolling hardware upgrades.”

This is very interesting but it’s not likely that they will go ahead with that. 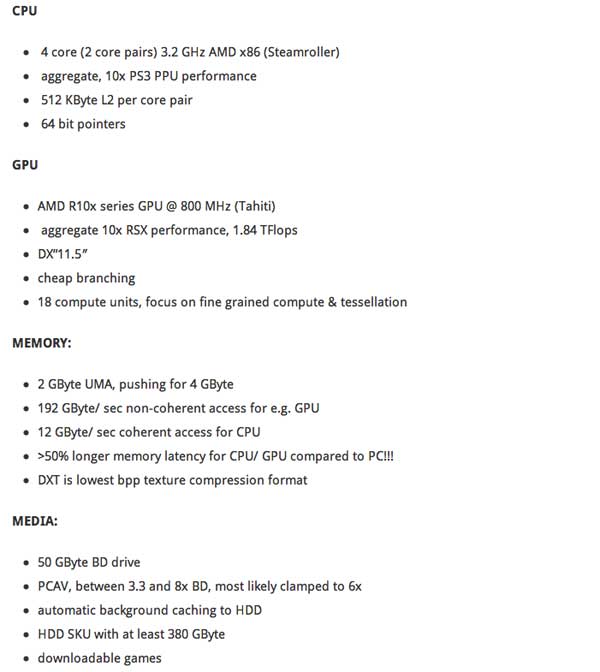