Smedley reveals that the game will have realistic weather effects, advanced day night cycles and reveals that something big is going to happen next week.

Posted By Rashid Sayed | On 07th, May. 2014 Under News | Follow This Author @GamingBoltTweet 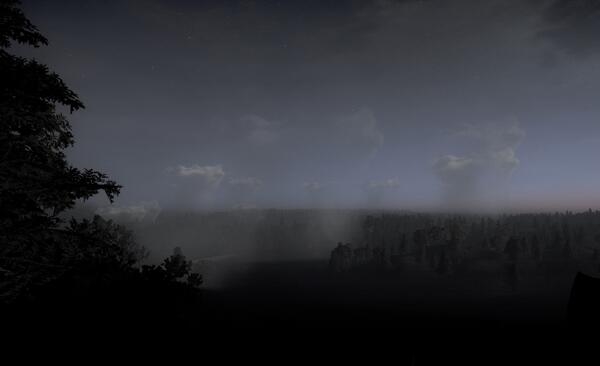 The dynamic clouds in action.

John Smedley, President of Sony Online Entertainment has revealed a ton of new information for the upcoming upcoming zombie MMO H1Z1. First of all Smedley stated that they are going to reveal something big next week. “We do have something rather big planned for H1Z1 next week. not ready to tell just yet though,” Smedley tweeted.

Smedley then spoke about the weather system in the game and how it’s going to be different from the other games out there. “Just got to see our weather system in action too. really liking the realism,” he tweeted. He then tweeted  the screenshot above of rain clouds moving through the world and it only rains where the clouds go.

And what about the day night cycle? According to Smedley the base system is ready and now they are working on an even more advanced system. “The basic system is in. Now we’re taking it a notch further with a really advanced system,” he revealed.

He also stated that they will be assessing the PlayStation 4 version of H1Z1 after the early access goes live but unfortunately there is no timeline yet.

For all your H1Z1 needs, stay tuned to GamingBolt for more news and updates.