The next generation of consoles will be coming at the end of this year. While the idea of console generations are getting muddier and muddier, especially with Microsoft’s next system, it’s still vaguely exciting enough to be something to look forward to. While consumers have their preferences and wants, so too do the developers who will be working on these systems. And it seems Sony is leading the way in interest for them.

Ahead of the annual GDC (Game Developers Conference), there was a survey given out asking which system the attending developers have the most interest developing for. PC was, by far, the highest ranking system with 50% of developers voting for it. As far as consoles go, the PS5 is leading the Xbox Series X (still listed as its Scarlett codename) by a decent margin of 38% to 25%. Nintendo holds water a lot closer, though, with 37%.

On a logical level, it does make a degree of sense, since Sony was so dominant on the sales front this generation. Most developers are probably expecting a similar situation going into the next generation as well. 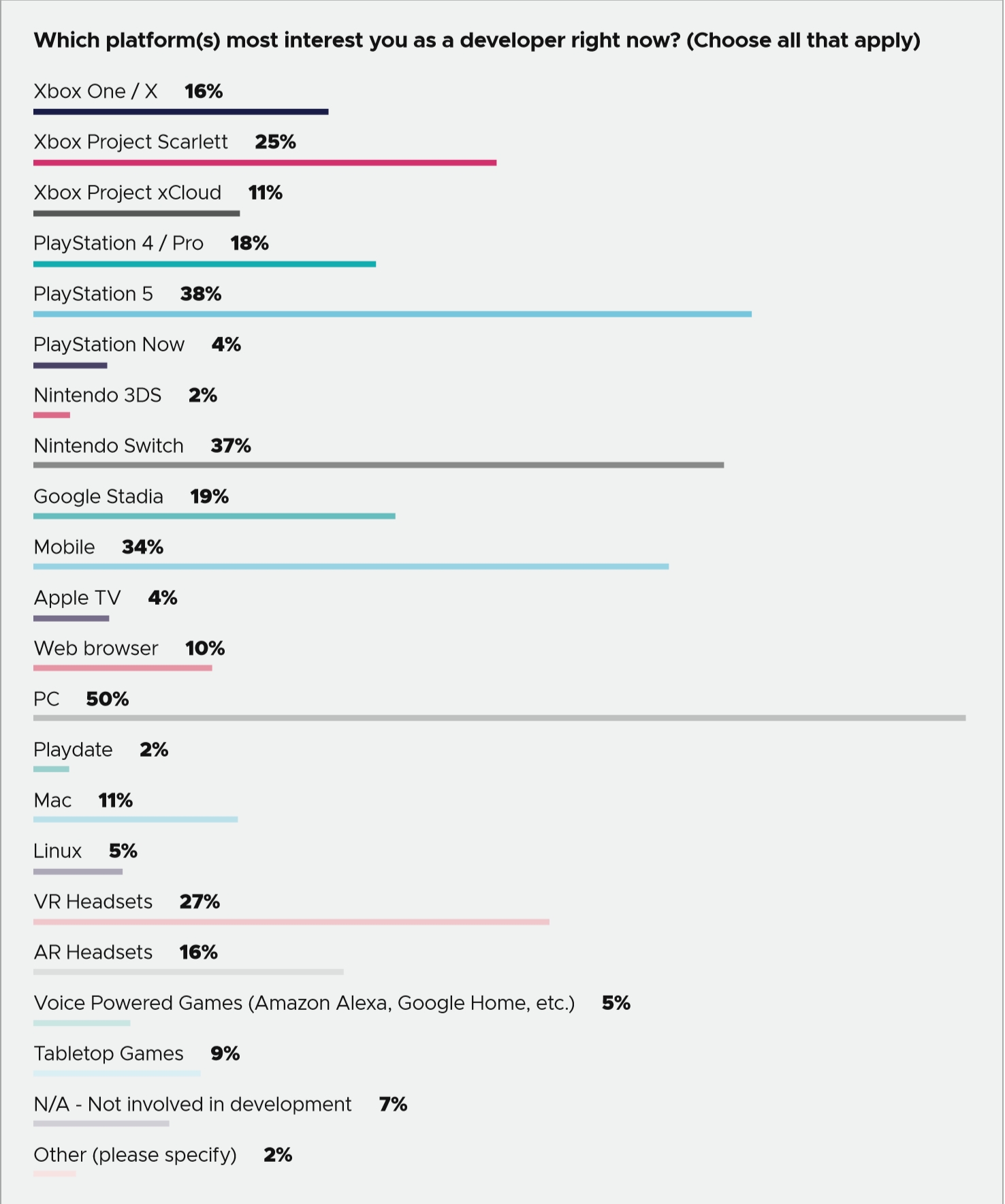