Posted By Shubhankar Parijat | On 13th, May. 2020 Under Article, Interviews

Imagine a game about a hotel being run by a killer, who schemes all day long about how to kill his customers in the most inventive days. Except you’re the killer, and all your customers are psycopaths and criminals. That’s the premise PsyHotel Simulator is built upon- and yes, it sounds very interesting. It promises to blend elements from Hitman, the Arkham games for its stealth mechanics while also delivering a side-offering of management gameplay- it’s a curious mix, and one that we want to learn more about. To that end, we recently sent across some of our questions about the game to its developers at RG Crew. You can read our conversation with programmer Piotr Rycąbel below. 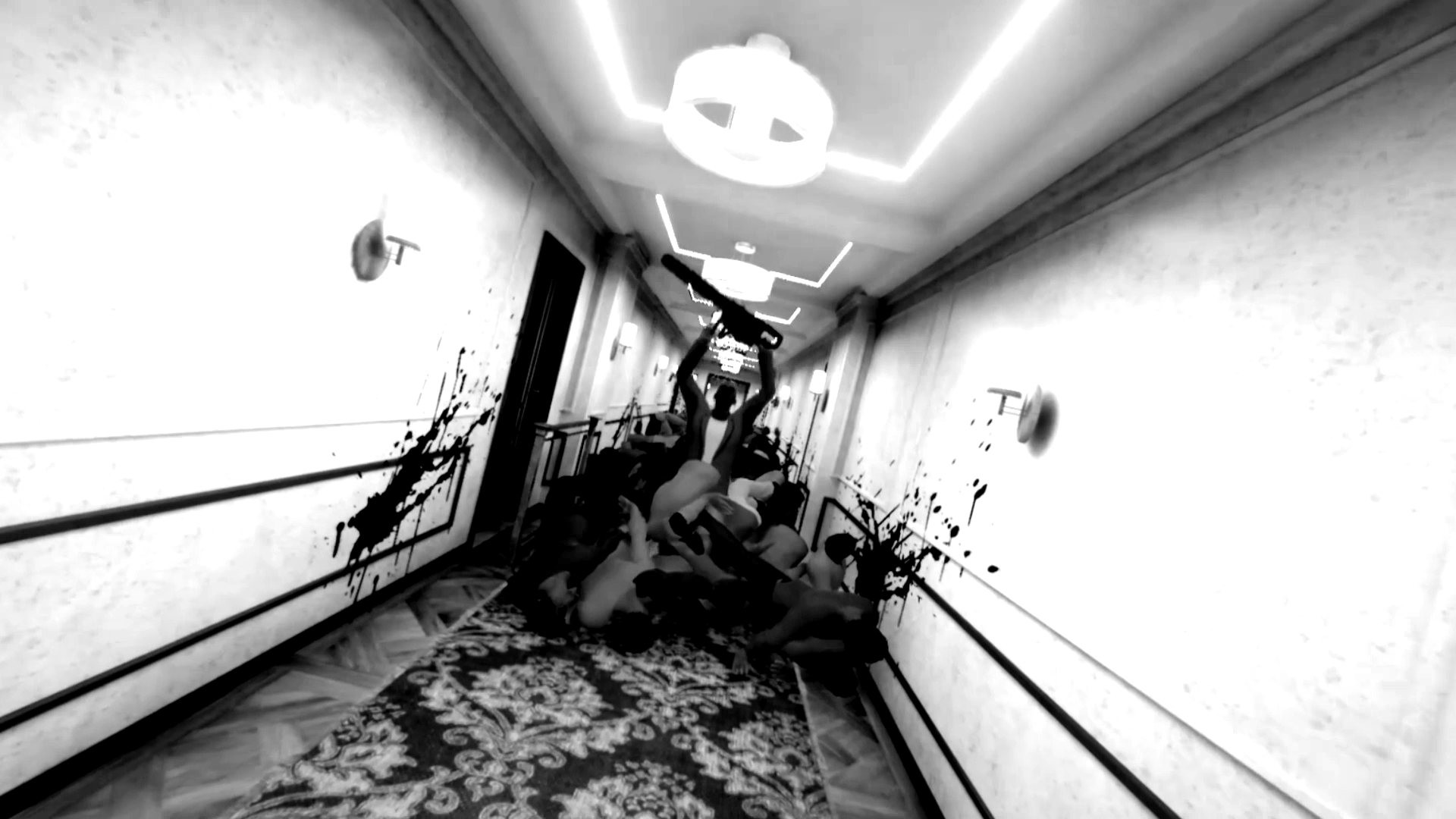 "In terms of difficulty, such a mix does not have to be complicated. The missions will be divided into several clearly defined parts, so that there is no chaos. Of course, these mechanics will interweave smoothly, but they will be clearly marked."

PsyHotel Simulator’s combination of stealth, tactical gameplay, and hotel management is certainly an interesting blend- what sort of a balance does the game strike between those? Does it lean more heavily into one than the others?

In terms of difficulty, such a mix does not have to be complicated. The missions will be divided into several clearly defined parts, so that there is no chaos. Of course, these mechanics will interweave smoothly, but they will be clearly marked.

Management part is, of course, managing and expanding the hotel, assigning guests to specific rooms and taking care of the resources gathered in the workshop.

Strategy part is planning how we, as The Boss, want to eliminate our objectives. The player can improvise, but also carefully plan each of his steps using the information gained by observations or by computer – from the System.

Traps part is rather a crafting part of the game. Here we can use the materials gained by management, and according to the appropriate strategy – create what is needed for the plan.

The whole mix is so accessible that it allows for any kind of improvisation and loose gameplay, but at the same time players can go much deeper into these systems – creating a completely different style of gameplay.

Humour can be a tough thing to nail, especially in games that choose to go with darker and more violent themes- what is your approach to this with PsyHotel Simulator?

The first inspiration of inspirations is Hitman games about a contract killer. On the other hand, it’s the absurdity of Saint’s Row: The Third – mixed with the hotel from The Shining and the Continental from the John Wick movies.

The first idea for the game came from the question of what would happen if the mechanics of typical Tycoons running various places were replaced upside-down. Instead of taking care of the hotel and customers, the player would have to get rid of them or make their lives miserable.

Humor in this production will result from absurdities about traps or ambushes on customers. Some of this absurdity can be seen on the trailer of the game available on the website. On the other hand, this will be the everyday life of your customers. Their conflicts and stupid behavior at the same time. 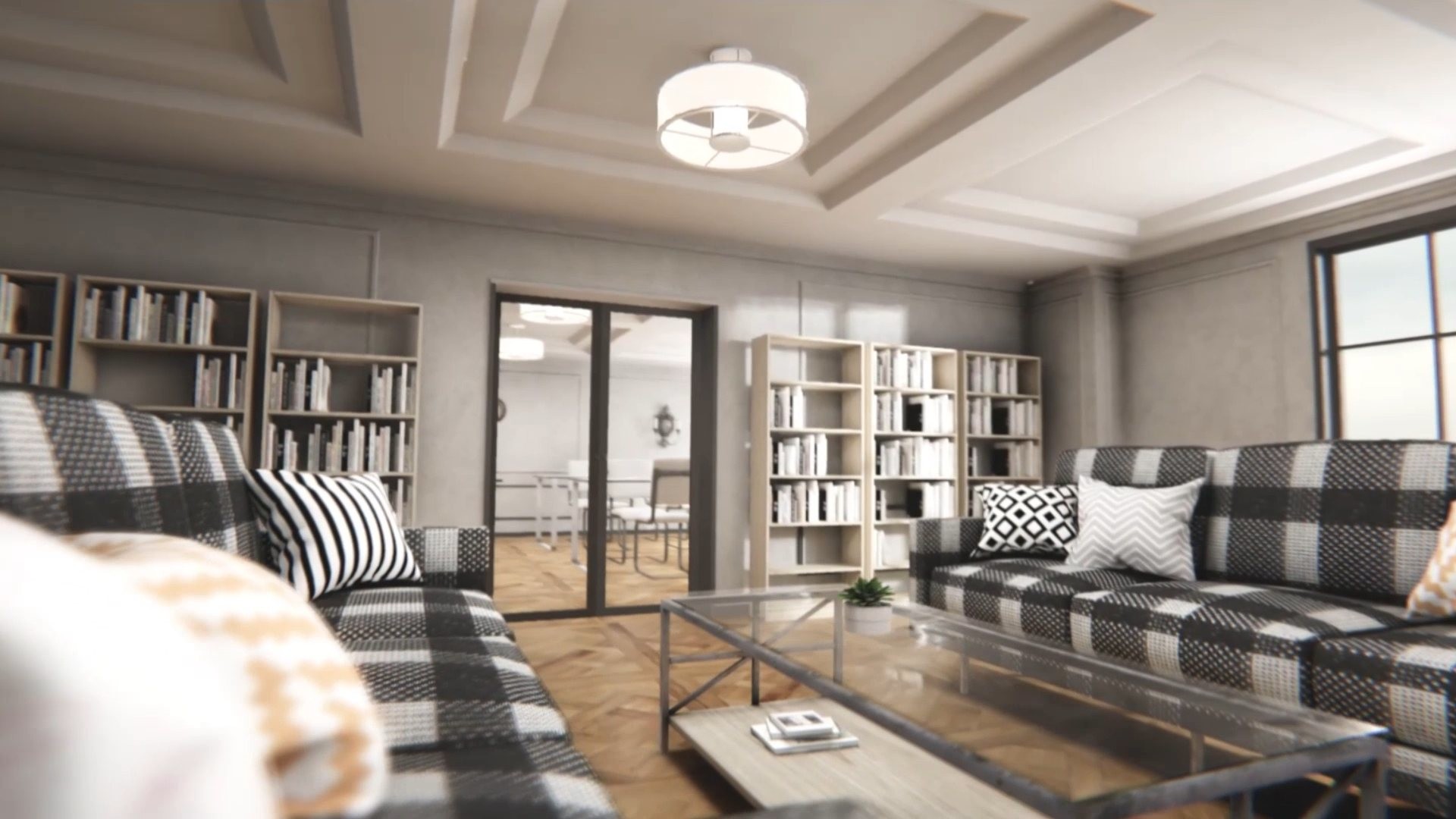 "Humor in this production will result from absurdities about traps or ambushes on customers."

How much choice will players have in how they want to approach any given situation? Does PsyHotel promote various different gameplay styles?

We act openly or quietly. We can provoke a gang war or pretend it to be an accident.

Here I can give an example that best illustrates various different gameplay styles.

The boss receives a new guest at the reception. From the moment he enters, the hero knows what kind of degenerate he is dealing with. He checks his police records, psychological profiles and learns that the client is a member of one of the most dangerous gangs in the city. He is a drug addict and is allergic to nuts. He likes to play poker and hates noise.

So, the boss accommodates him in a room next to a member of a competing gang who is a heavy metal fan – there is a chance that they will take care of each other.

For some time, the boss observes his routine – where the client spends most of his time and at what times he stays outside the room, how long he sleeps.

So, there are a couple of ways to eliminate him:

Player can throw some pre-mixed peanuts into his drugs

Player may initiate a fight between that customer and another from the competing gangs, for example while playing poker.

Player may set a trap for his victim, and employ many other ways.

What can you tell us about the variety of traps players can build and how creative they can get in doing so? How are these used during gameplay?

The traps are a pretty broad subject. They can be a simple bear trap, a time bomb in the alarm clock, a circular saw as a windmill, as well as a pineapple pizza or a poison gas released from the ventilation. The player will have a large selection of tools that can be created.

Crafting of such traps will take place in the Boss’s Workshop, to which no one else will have access. The necessary parts and materials can be ordered online.

They are a big part of this game. The player will be able to use them to eliminate criminals, as well as to divert their attention.

Can you talk to us a bit more about the hotel management side of things in the game and how much of an emphasis is placed on that?

The player will be able to expand his hotel and renovate it.

As the Boss’s funds increase, and as the demand for rooms increases, it will be possible to add new segments to the facility. It will also be possible to buy new furniture and renovate interiors. Not only to increase the attractiveness of the place, but also to adapt it to the new ways of eliminating our clients.

Some of the elements – including traps – will be produced in the Boss’ Workshop. This is a separate, closed room, where the necessary junk is collected, and new items are created. 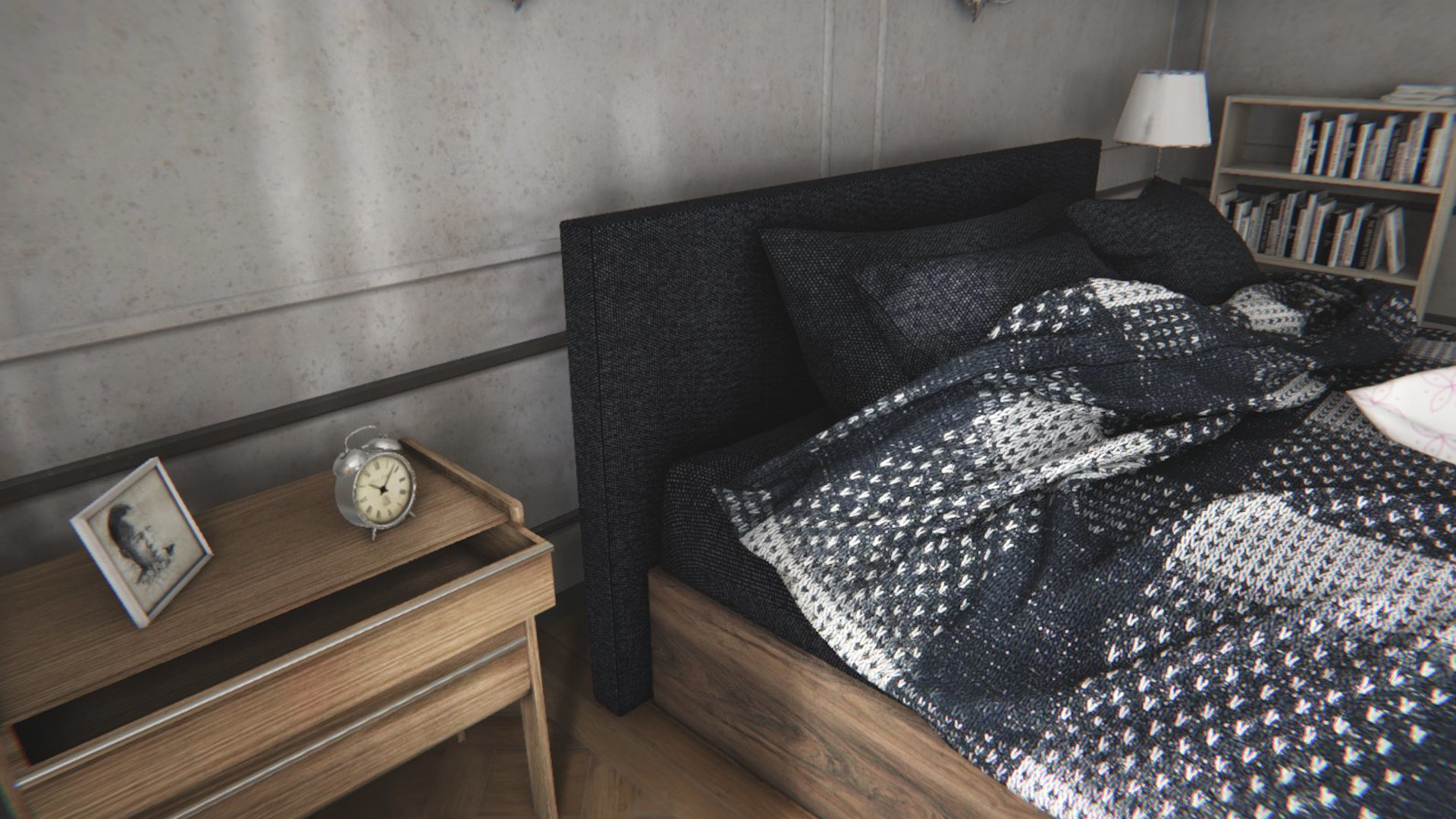 "The Hitman series inspirations are quite obvious in our game."

You’ve said that the likes of Hitman and the Arkham games have served as inspiration for the development of PsyHotel Simulator. Can you talk a bit more about that, and how that materializes in the game itself?

The Hitman series inspirations are quite obvious in our game.

Agent 47 is a contract killer – our hero “The Boss” also is.

We are inspired here by the ways of elimination of individual people, variations of scenarios available there, and in part by the very gameplay style of individual parts.

What can you tell us about the single missions outside of the career mode? Are these separately designed missions, or simply missions from the main game itself that can be played in isolation?

The whole game is characterized by a fairly high dose of randomness in the gameplay.

Although the mission scenarios in the career mode will be partly pre-controlled, so that the player will be faced with new challenges from time to time, the missions will mainly be

generated more “procedurally”. Simply, each character and its characteristics will be selected from a pool of previously created by us – developers.

Individual missions are in turn total randomness. At the beginning of each such game, from the pool will be selected characters, their characteristics, number of customers, etc.

In short, career missions will be a more linear experience, so that the player can develop and make progress.

Individual missions, in turn, will be a total freedom. They are randomly created so that you can play them separately – without any impact on your career. 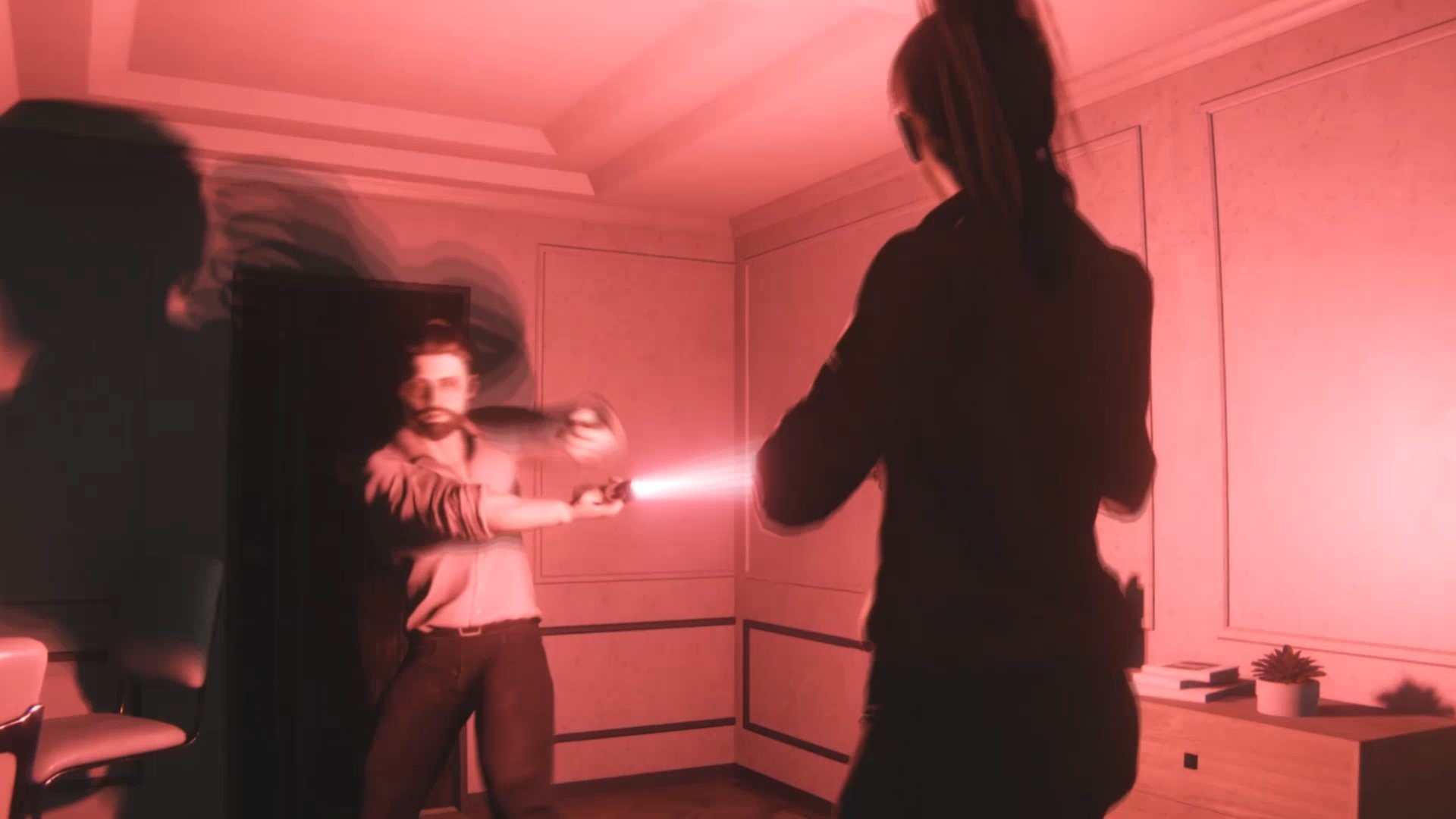 "We want the missions not to be overwhelming so as many people as possible could enjoy it."

Roughly how long will an average play through of PsyHotel be?

Each of such missions – depending on the complexity of the scenario and the available funds for its implementation – is more/less an hour of gameplay.

We want the missions not to be overwhelming so as many people as possible could enjoy it.

There will be a lot of missions and scenarios, so the whole game will provide many hours of gameplay.