Let’s begin with a confession: I wasn’t really impressed by Puppeteer when I first saw it as it seemed like another attempt at LittleBigPlanet-esque platformer. Of course the similarities are there with the rag doll physics and the platforming sections looking oh so similar to Media Molecule’s franchise, but what really changed my mind wasthe use of pair of scissors as an important gameplay mechanic. It is almost reminiscent of Clover Studios’ Okami wherein the player used a mere brush to defeat baddies, solve puzzles, and change the weather and what not.

Usually platforming games don’t have a great story to back up the awesome gameplay and if they do, it’s often spoiled by blatantly inauthentic dialogue delivery. Surprisingly, the story is one of the most substantial components of Puppeteer and goes a long way in setting up a joyous mood during gameplay. We won’t go into the depths of the plot since it really is something you should experience yourself. But for introduction’s sake, you take up the role of Kutaro who has been captured by the wicked Moon Bear King. 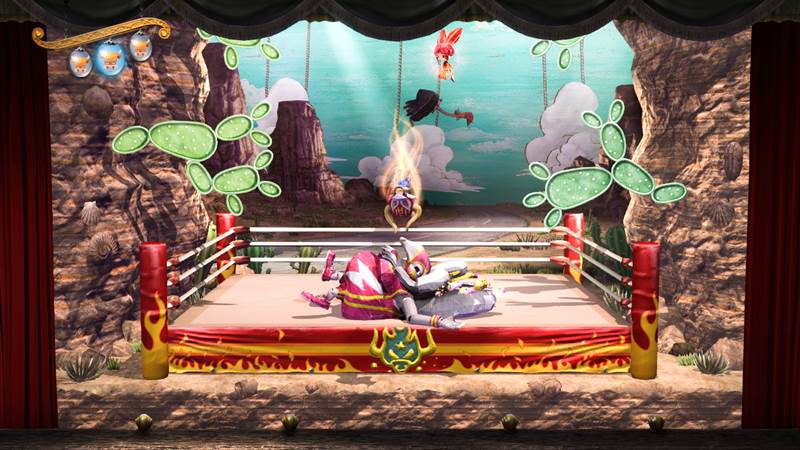 This crazy teddy bear detains children and captures their souls by ripping their heads off so that they can serve him in his mammoth castle. But Kutaro is lucky as he manages to get hold of Moon Bear King’s mystique pair of scissors, the Calibrus. As he makes his escape, the player will run into an enchanting cast of characters, both good and evil set across a good deal of challenging levels. The story is jocular and you’ll enjoy your share of laughs during the twelve hour long campaign.

"It is a pleasant sight to see Kutaro seamlessly slicing and dicing his way through, thanks in part to the beautiful physics and animation."

As you go through the initial levels you will be introduced to the unique platforming mechanics of Puppeteer. Using the Calibrus the player needs to cut through curtains and drapery so that Kutaro can make his way across the level. Kutaro can also slice through them like a tailor cuts through a piece of silk. It is a pleasant sight to see Kutaro seamlessly slicing and dicing his way through, thanks in part to the beautiful physics and animation.

As players progress through the game, other items like the hook and the ability to slam and throw bombs get unlocked. Using the combination of Calibrus and other abilities, players will not only need them during platforming but also to take down the numerous bosses hiding in the castle. The only thing that may bog down the experience is the inclusion of quick time events to finish off these enemies. 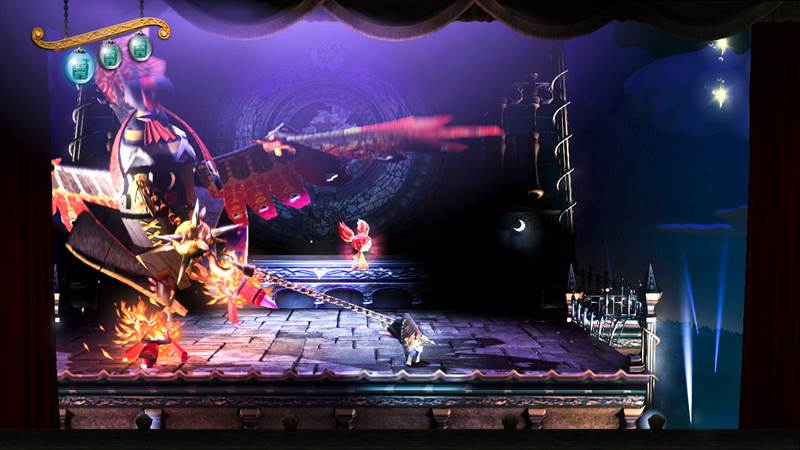 Each of these bosses is ridiculously fun and the way they are presented is worth applauding. Early on you will face the Weaver which is nothing but a drape wrapped across a spear. As obvious as it gets, the player needs to cut through it in a certain way whilst avoiding a pounding.

"Furthermore, the game tries its hardest to showcase itself as a puppet show with splendiferous narration and voice acting."

Another standout battle is against the General Bull which you will face in the coliseum. Here you have to use your wrestling move Slam to defeat the annoyed bull, while the referee, a monkey, counts to three. Had it not been for the excellent presentation, these boss battles would have been monotonous.

Furthermore, the game tries its hardest to showcase itself as a puppet show with splendiferous narration and voice acting. This is coupled with the audience shouting and getting shocked in awe and desperation according to the actions performed by the player, which adds even more authenticity to the game. Minor touches like replacing the pause screen with the word“Intermission” and bringing down the curtains after a level ends go a long way in capturing the player’s imagination.

The art style closely resembles that of a piñata and although Puppeteer may not be the most visually heavy or realistic title, it’s still a pleasure to watch. Each and every level is different from the other, the colors are vibrant and the feel of the entire level sliding in and out to load another section is mind blowing. There is a lot of creativity at work here and it shines. 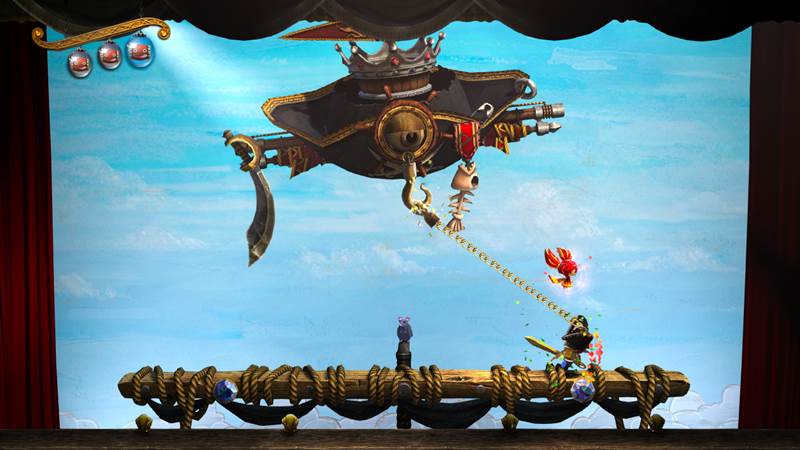 There is plenty to do in the game once you complete the single player campaign. You can replay the bonus stages that you have unlocked during your play-through and revisit the campaign to collect all the heads and picture books that the game offers. The game also supports PlayStation Move and performs great for people who are comfortable with it. There is a lot of content on offer here, but suffice to say that it won’t appeal to every single PlayStation 3 owner.

Puppeteer might be one of the best PlayStation 3 games developed and coincidentally, just like Okami, it’s releasing near the end of a system’s life cycle. Unlike Okami however, one hopes that this gem is enjoyed by as many players as possible in its initial release.

Quick time events may bog down the experience for some players. May not appeal to everyone.

Final Verdict:
EDITOR’S CHOICE
Featuring a unique presentation, coupled with outstanding voice acting, gameplay and storyline, Puppeteer demands your immediate attention.
A copy of this game was provided by Developer/Publisher/Distributor/PR Agency for review purposes. Click here to know more about our Reviews Policy.