Classic shoot 'em up Radiant Silvergun is coming to the Nintendo Switch 11 years after its original release. The game also features enhancements like a Story Mode and an Ikaruga Mode. 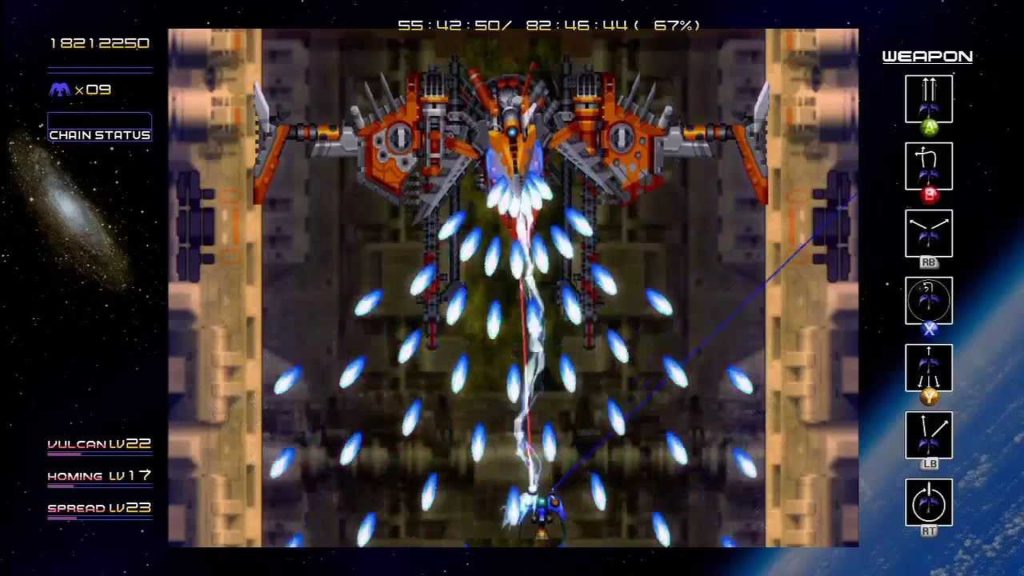 Live Wire has announced that its port of classic vertical shoot ’em up Radiant Silvergun is out now on the Nintendo Switch. The game was shown off during the recent Nintendo Direct with a trailer. Check it out below.

The classic shooter—originally released 11 years ago—has been critically acclaimed for the strategy afforded by its in-depth scoring system. The game provides players with 8 different weapon types to experiment with through its 5 difficulty settings.

A newly-added feature for the game in the Nintendo Switch port is the Story mode. Radiant Silvergun also features online leaderboards and rankings where players can compete with each other from around the world.

Radiant Silvergun also now has an Ikaruga mode, which is quite obviously inspired by one of the most critically-acclaimed shoot ’em ups of all time, Ikaruga. The mode essentially allows players to use Ikaruga’s rules and gameplay style to play through Radiant Silvergun.