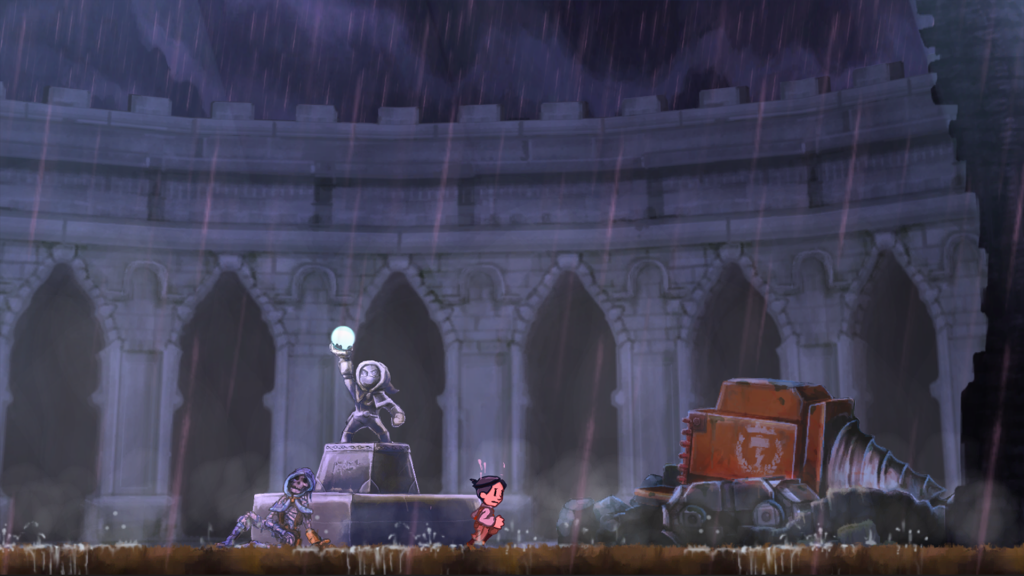 Rain Games is celebrating its tenth anniversary today. The studio got its start with Teslagrad, which is now on Switch Xbox One, PS4, and PC, and has also released World to the West and Mesmer. The developer also announced that it is working on Teslagrad 2.

The studio, which is Norwegian, is celebrating its anniversary with a trailer that you can watch below, as well as some discounts on its earlier titles on GoG, Humble Bundle, Steam, Nintendo eShop, and PlayStation Store. Discounts begin tomorrow, April 28th, and run until May 5th. Teslagrad will be 70% off, and World to the West will be 50% off. The Xbox store will get a sale at a later date.

Rain is also planning on giving fans a peak into the “World of Rain” and planning to announce new titles soon. Whether you’re a fan of Rain Games or not, it’s impressive for any studio to survive for ten years, especially an indie one. Here’s hoping they’ll last another ten more, and give us some more great games in the meantime.

Starting Tomorrow, we at Rain Games will celebrate ten years as a company!
To celebrate this, we will have a week with an all-out sale on our games!

For a starter, enjoy this brand new anniversary video for our games on PC!