Posted By Kartik Mudgal | On 03rd, Jul. 2012 Under Reviews | Follow This Author @KartikMdgl 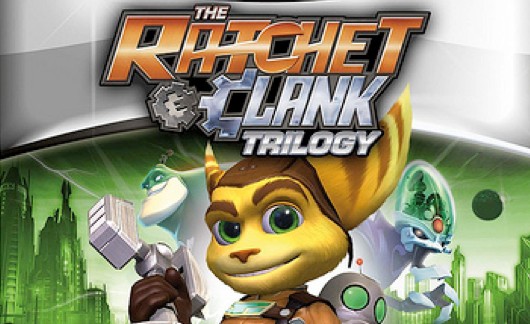 Ratchet and Clank games have been a bit of an anomaly on the PS3, missing the fun, innovation and charm that its PS2 counterparts possessed. This is strictly my opinion obviously, although, I found Crack in Time to be pretty progressive, but still, the PS3 Ratchet and Clank games were underwhelming in a lot of ways. Franchise fatigue is another reason for that besides quality.

Since Sony has been churning out a lot of HD collections on the PS3, remastering the PS2 Ratchet and Clank games was inevitable. Here we are, then, with Sony’s Idol Minds studio doing the porting duties for Ratchet and Clank HD Collection, and you know what, it’s pretty competent.

The remastered games run at 60 fps with 3D halving the framerate but providing a stable experience nonetheless. I do have to ask why 3D has been even implemented in the collection, it makes no difference to the quality of the port. It’s a good option, but considering the type of games these are, it really makes no difference. However, if you do play without it, the framerate will be smooth as butter. I managed to capture a video showing Ratchet and Clank 3 in action, you can check it out below.

As you can see the game runs pretty well, and looks crisp and beautiful. It’s a good port and I’d even go as far to say I prefer the looks and performance of these games to the ones developed for the PS3 from scratch. It’s just that I have so many fond memories of these PS2 games that when I compare them with the latest ones, there’s something or the other missing.

The HD Collection contains three games: Ratchet & Clank, Ratchet & Clank 2: Locked & Loaded, and Ratchet & Clank 3: Up Your Arsenal. Needless to say, there’s a wealth of content here providing hours of satisfying gameplay. It still amazes me how refreshing these weapons are, even as you start any of the games in this collection, you are given a fantastic arsenal to play with.

The visuals are pretty good too, and since the resolution has been increased without a proportionate increase in asset quality, it manages to look like a very finely tuned PS2 version minus the jank. That’s how its supposed to be since it’s a remaster and not a remake. 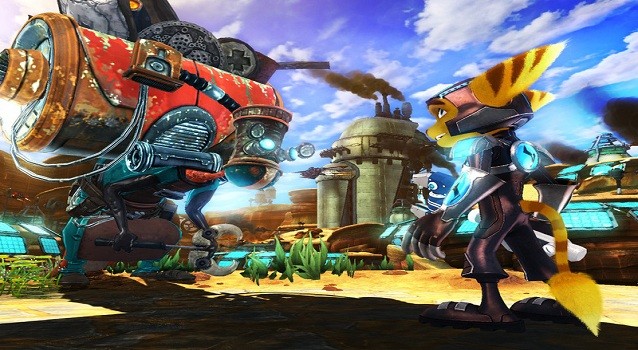 So you get three games with a lot of content, which is not only well made but also quite a decent port. If you are craving for some classic Ratchet and Clank action, I can’t recommend this enough. It has a lot of interesting weapons, gadgets, humorous writing and all that you have come to know and love from Ratchet and Clank games over the years.

If you are craving for some classic Ratchet and Clank action, I can't recommend this enough. It has a lot of interesting weapons, gadgets, humorous writing and all that you have come to know and love from Ratchet and Clank games over the years.

A copy of this game was provided by developer/publisher for review purposes. Click here to know more about our Reviews Policy.
Tagged With: Insomniac Games, ps3, Ratchet and Clank HD Collection