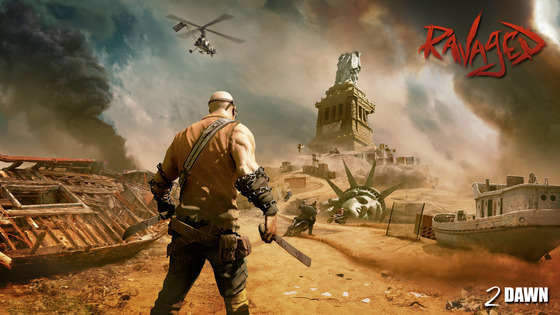 Ravage is a new game that requires funding of up to $15000 to become a reality and the project is on Kickstarter. The studio developing the game, 2 Dawn Games, has released a new video which shows the game in action and it looks phenomenal.

It’s a first person shooter set in a world ravaged by a polar shift pitting scavangers vs the resistance in a battle for humanity. This is why you should fund the game, and what will happen if you do.

The game is called Ravaged, a post-apocalyptic vehicular first-person shooter. Think Mad Max meets Battlefield where a group of resistance soldiers fight for humanity while scavengers look to control it all.

The game features over 30 vehicles and weapons, amazing post-apocalyptic maps and 10 classes to choose from.

Here are the reasons why it is different than other first-person shooters in the market.