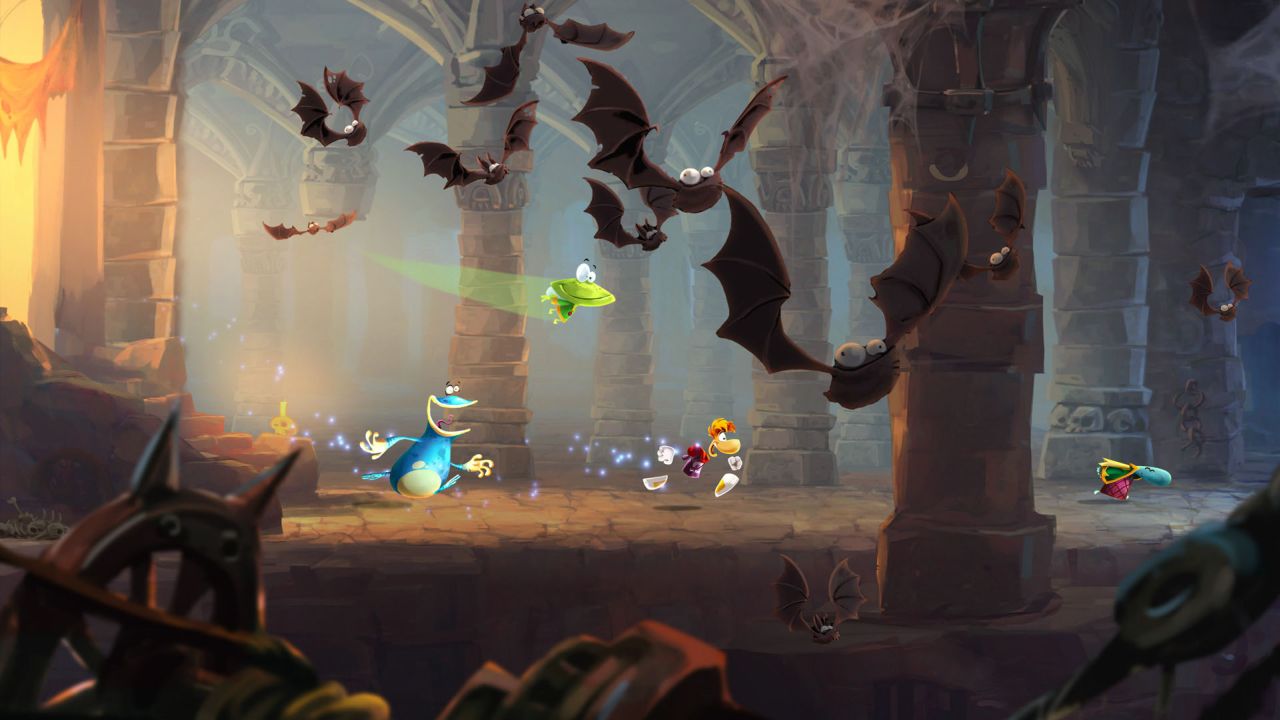 Rayman Legends, the beautiful looking and masterful sequel to 2011’s hit reboot of Ubisoft’s platforming mascot, Rayman Origins, is releasing on the Xbox One and the PlayStation 4 on February 21.

The new versions feature enhanced visuals (obviously), but they also feature a set of exclusive characters unlockable in the (playable) Heroes’ Gallery. The Xbox One version will get Ray Vaas and Far Glob, both based on the now iconic Vaas from Far Cry 3, as well as Splinter Ray, inspired by Sam Fisher.

The PS4 version on the other hand gets Assassin Ray, inspired by Edward Kenway from Assassin’s Creed IV: Black Flag. Both platforms will also include a new VIP status and hero, Champion Ray, which will be granted to the most active and highest-ranked players in the Online Challenges, as well as to players who are actively involved in the Rayman Legends community.