Ragtag Studios’ Co-Founder, Chris Cobb gives us the low down on what players should expect from Ray’s The Dead.

Ray’s The Dead is an upcoming indie game that is inspired from Stubbs The Zombie, a third person action game that was released back in 2005. In order to learn more about the game, we got in touch with Chris Cobb who is the co-founder of Ragtag Studio, who are currently busy developing the game for a 2014 launch on the PS4 and Steam.

Rashid Sayed: Ray’s the Dead reminds me of Stubbs The Zombie. Did that game played a major role in inspiring you guys to create something similar?

Chris Cobb: It certainly did! Stubbs the Zombie is a big influence on Ray’s the Dead for a few reasons. Most importantly, because two out of our three team members worked at the studio that made Stubbs the Zombie. I worked on Stubbs, and still have a deep love for the game and for how ahead of its time it was. Ray’s the Dead is in many ways quite different from Stubbs, but we do think that people that enjoyed Stubbs will find a lot to like in Ray’s the Dead.

The mechanic made famous in Stubbs where you play a zombie and create other zombies that you can control is a mechanic that we decided to make the primary gameplay focus of Ray’s the Dead. We really wanted to let the player feel like they could create, and have a lot more control over their zombie army. We also are going for a similar sense of humor, as well as a strong sense of the time period that the game takes place in, which in our game is the 1980’s.

Rashid Sayed: Can you tell us a bit about the background story of the game. How does Ray finds himself in the grave?

Chris Cobb: To be honest, I can’t tell you too much about that! Another huge part of the game is discovering, through a series of playable flashbacks, exactly what happened to Ray while he was alive. Throughout the game you’ll experience some of the significant events that took place during Ray’s life, and they all add up to a full reveal of what ended up causing his death. So just to be clear, you will be playing through a good chunk of the game as Ray, as a human! 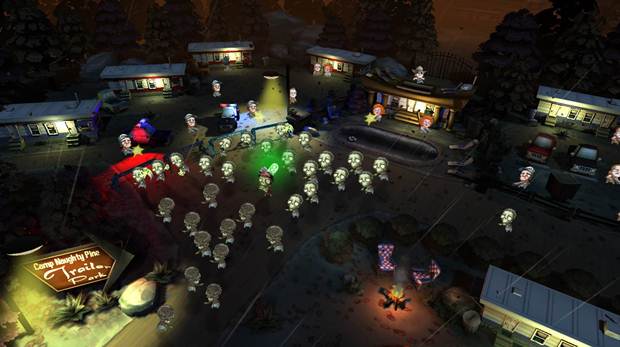 "Ray’s light source is another of the mysteries of Ray’s the Dead that you’ll need to fully discover by playing the game! But what I can tell you, is that in his present day zombie form, it is a device that amplifies his brain waves, giving him the power to control the actions of his zombie army."

Rashid Sayed:  Nowadays storytelling is not only restricted to big budget AAA games, several indie games are doing a great job in narrating an interesting plot. Considering that, do you think the story in Ray’s the Dead will give enough impetus so that players can playthrough the game?

Chris Cobb: It’s certainly a goal of ours! We expect that the fun gameplay will be a primary motivator as well, but it’s important to us that our gameplay is accompanied by a story to provide a compelling motivator for the crazy events that take place throughout the game. Telling Ray’s story is just as important a part of the game as our zombie slingin’ gameplay.

Rashid Sayed: Ray carries a light source on his head. Can you please talk about it and how important a role will that play during the gameplay?

Chris Cobb: Ray’s light source is another of the mysteries of Ray’s the Dead that you’ll need to fully discover by playing the game! But what I can tell you, is that in his present day zombie form, it is a device that amplifies his brain waves, giving him the power to control the actions of his zombie army. There is more to it than that, and it does play a role in his past life as a human, but as I said you’ll have to play the game to find out exactly how!

Rashid Sayed: One of the interesting mechanics that caught my eye is the followers. Is there a limit as to how many we can have at any given moment of time?

Chris Cobb: There will be a limit, but that is a number that will change over the course of the game based on how thoroughly the player explores the environments. You can find upgrades that will increase that number. For the players that choose to explore every nook and cranny of the game, they will find themselves with quite a large number of zombies toward the second half of the game.

Rashid Sayed: What kind of commands can the player give to the followers?

In addition to the basic zombie commands, there will be three special commands that involve all of your zombies grouping together to perform certain special actions. We’ll be revealing more about these in the near future. 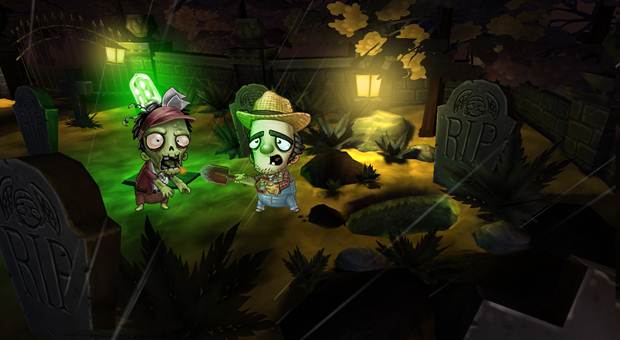 " The [PS4] controller feels great in the hands. I think Sony did a great job of keeping what everyone has loved about the DS for 3 generations now, but giving it an nice facelift for this fourth generation. There is something to be said for not messing with something that works just fine."

Rashid Sayed: How many levels will the final game have and how long will the game last? Are you adding anything so that players can come back and replay this game?

Chris Cobb: Currently we have four ‘acts’ planned, each of which will have a number of levels numbering anywhere from 3 to 7. We aren’t exactly sure how long the game will take, that will depend largely on the skill of the player, and how much time they spend choosing to explore. But in general we are going for quality over quantity, so expect the game to be somewhere in the 3 to 6 hour range.
There will be some features that unlock after a play through to motivate the player to give it another go! We will have a number of collectables that the players will likely miss, so they can go back to look for those.

Rashid Sayed:  Ray’s The Dead is coming out on the PS4 but not on the Xbox One. Now we already know that their indie policies were not convincing for some indie developers. Were there any other factors involved in your decision to skip Xbox One?

Chris Cobb: We haven’t decided to skip Xbox One. We are a small team of only three people with nearly zero budget, so we need to keep the number of platforms we commit to at a reasonable number. We would love nothing more than to bring the game to the Xbox One, as well as other platforms after we release on the platforms we have already committed to, which are PS4/PC/Mac/Linux

Rashid Sayed: Can you please tell us about how you bought the game over to the PS4? Was Sony’s open arms approach to indies the only reason?

Chris Cobb: It’s a variety of reasons. Yes, one of them is the very positive relationship we have developed with our Sony representatives, and their from-the-start enthusiasm for independent developers. In addition to that, the timing worked out well for us. We were already targeting a Steam release, but we also wanted to diversify by targeting one of the new consoles. The announcement of the PS4, and the announcement of Unity’s support for PS4 both came at just the right time.
On top of that, I’m a bit of a Sony fan boy.

Rashid Sayed: What are your thoughts on the PlayStation 4’s DualShock 4 controller? Furthermore, do you have any plans to use the touchpad to further improve gameplay?

Chris Cobb: The controller feels great in the hands. I think Sony did a great job of keeping what everyone has loved about the DS for 3 generations now, but giving it an nice facelift for this fourth generation. There is something to be said for not messing with something that works just fine.

We do intend to use some of the new PS4 features, including the touch pad, and the social aspects of the system like the share button. We aren’t quite ready to reveal just how yet. 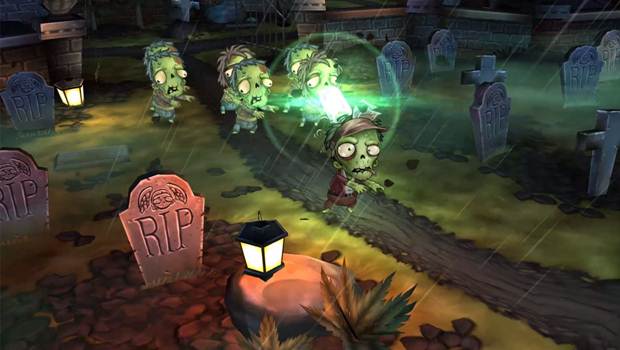 "With the lifespan of consoles approaching 10 years, there is no doubt that within a few years PC GPU’s will run past what the PS4 ships with. But as has been proven with the PS3, the more time developers spend with the system, the more they’ll get out of it."

Rashid Sayed:  As someone who is also working on a simultaneous PC version, what are your thoughts on the PS4’s GPU? Do you think it will stand the test of time and won’t become obsolete over a few years time?

Chris Cobb: I suppose it depends on your definition of obsolete. With the lifespan of consoles approaching 10 years, there is no doubt that within a few years PC GPU’s will run past what the PS4 ships with. But as has been proven with the PS3, the more time developers spend with the system, the more they’ll get out of it. I’m sure toward the end of the life cycle games will not be able to compete with their PC counterparts, but they should be close enough for all but the strictest graphics snobs.

Rashid Sayed:  Was there any reason why Ray’s The Dead is not being developed for the PS Vita?Is it due to the fact that every game can be remote played from the PS4 to Vita?

Chris Cobb: As I mentioned earlier, we simply have to be careful not to commit to too many platforms. And besides, who says Ray’s the Dead isn’t being developer for the PS Vita?

Rashid Sayed: I am pretty sure you guys must be developing the PS4 version similar to its PC counterpart. So in that case can we expect the game to run at a slick 60FPS/1080P on the PS4?

Chris Cobb: We’d love for that to happen but can’t commit to anything just yet. Even the bigger studios with teams of 500 people are having a hard time hitting that target, so we’ll have to see where we are at when we get closer to launch.

Chris Cobb:  Please keep an eye on Ray’s the Dead! We really think you are in for a truly unique experience that you haven’t seen anywhere else. We are doing everything we can to make Ray’s the Dead the best game we can! Thank you for your support.

Tagged With: others, pc, ps4, Ray's The Dead