Razer Releasing Its Own VR Project

And a microconsole too! 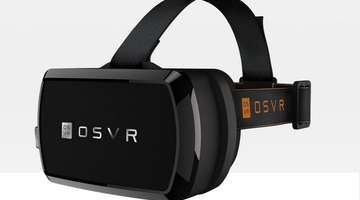 Everybody and their mother is jumping aboard the VR hype train these days, with the Facebook backed Oculus Rift, the Sony backed Morpheus, the Glyph, and now, it seems like well known PC gaming peripheral maker, Razer, is releasing its own VR initiative. It will be called Open Source VR, with the flagship product being the OSVR Hacker Dev Kit, which will cost $200.

However, the VR space is not the only crowded segment that Razer is planning on getting into, as it also announced a brand new Android powered microconsole, the Razer Forge TV, which will cost $100, and be coming soon. No seriously, when will these companies get the hint?

In better news, Razer is also working on bringing PC controls to the living room, with the Razer Turret package, selling for $130, trying to bring ergonomical keyboard and mouse usage to your couch.

Hopefully it all works out for Razer.