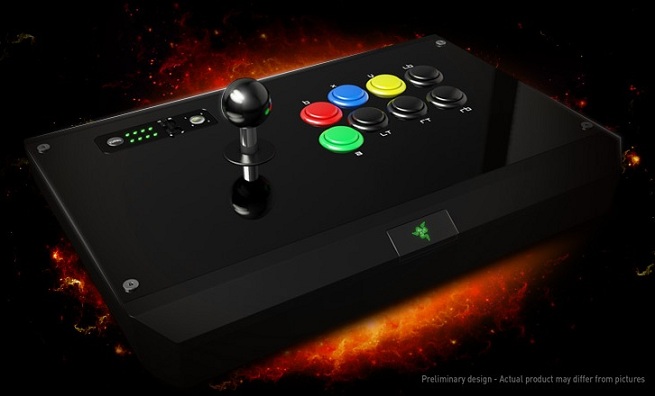 Razer has been releasing top of the line gaming peripherals that are no doubt great products and really answer the call of what gamers really want.  This is on top of them releasing some pretty unique designs that are like nothing else.  They intend to do the same with an Arcade Stick for the Xbox 360 but this time, they will being using the help of the community to help decide what will make the ‘Ultimate Arcade Stick’.  The news comes from TGS, and Razer is launching a major closed beta program to get feedback from the community on the design of a highly-customizable/programmable arcade stick, only for the Xbox 360.  Want in on the Beta?  Head over here or check out the full press release below for more info regarding the project.

Tokyo Game Show, Japan – September 15th, 2011 – Razer™, the world leader in high performance gaming hardware, just announced a program to co-develop the ultimate arcade stick for the Xbox 360® together with the arcade stick community.  The arcade stick, developed with pro-gamer feedback, is currently at the prototype stage.  For the finishing touches, up to 200+ specially selected top-seed Street Fighter™ IV pro-gamers, influential modders, and members of the arcade enthusiast community will each be given a Razer arcade stick to test and provide feedback to further improve it to perfection, whereupon the final design will then proceed to production.

Since the company’s beginnings in ’98, Razer has continually taken pro-gamer feedback and validation during the product development phase to ensure that the design for every gaming product shipped is the absolute best for the competitive edge in tournament-grade play.  But in an unprecedented move in the gaming hardware space, Razer is now reaching out to the entire arcade stick community to help make this yet-to-be-named product the best arcade stick in the world.  Their feedback will be a huge influencing factor in the design of the final product.

“Razer is for gamers, by gamers.  We’ve been taking feedback from our professional players on products for years and now we want to open it up to the community. That’s why we want every arcade enthusiast and modder’s input in the development of this special arcade stick,” said Robert “RazerGuy” Krakoff, President, Razer USA.  “In this way, it’s not just our arcade stick; it’s the community’s arcade stick. Together, we will create a weapon that delivers the best fighting performance for every gamer and allows modding to the individual’s exact specifications. We’re not just asking people for input on the paint job, we’re after serious hardware feedback.”

Members of the arcade community worldwide interested in participating in this beta program are encouraged to contribute ideas at www.razerzone.com/bredtofight, along with a short description as to why they should be selected for prototype testing.  Registrants can also nominate other people to the program.  Up to 200+ successful applicants worldwide will receive an arcade stick prototype delivered directly to their homes.

For more information on the arcade stick or the community program and how to get involved, please visit www.razerzone.com/bredtofight

About the Razer Group:

Razer™ is the world leader in high performance gaming hardware. Founded in 1998, with its headquarters in Carlsbad, California, the company has offices in nine cities around the globe.  Used by the most demanding professional gamers who compete in global tournaments, Razer provides gamers with the unfair advantage of cutting-edge technology and award-winning design. We live by our motto: For Gamers. By Gamers.™