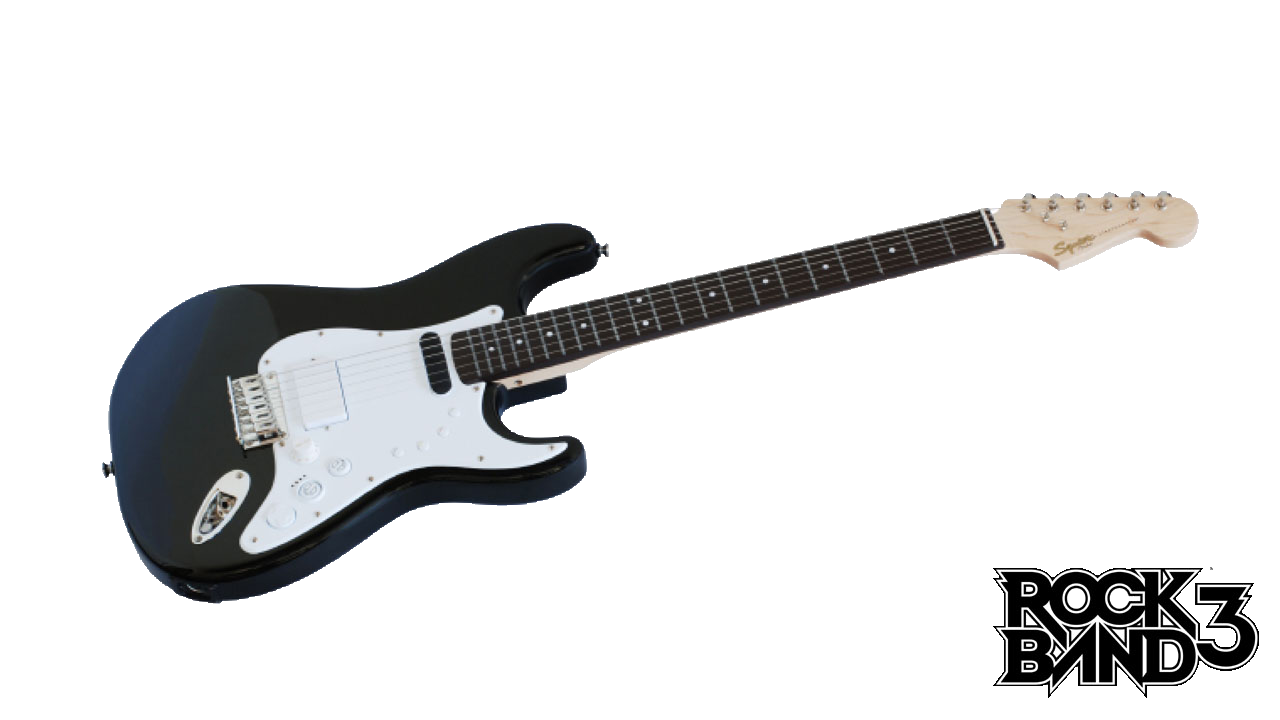 At the E3 2010 Convention, we were shown a real 6-string guitar that worked with Rockband 3 at their press conference.  It is only until now that it has been priced and dated for release.  This bad boy is the real deal, you can plug it into an amp or you Xbox 360 and play note for note, which is beyond me.  The guitar is a Fender Squire obviously manufactured by Fender. It is going to run you $279.99, and it will be available on March 1, 2011. Pre-orders for it start January 1 and it’s going to be one of those have to have or there is no way I’m getting kind of things. Honestly after watching the press conference, it looked amazing, being able to play a song you already know how to play on the real guitar and ace it in Rockband 3, but with out actually getting a chance to try it out, I don’t know how well that is going to work or integrate into Rockband 3.

If you are a Rockband/Guitar Hero freak that also plays the guitar, you are probably going to want to put this on your needs list, so don’t forget to pre-order ASAP starting January 1st.