Rockstar Games finally got around to releasing a game play trailer for Grand Theft Auto 5, much to the delight of gamers everywhere. It’s our first real look at what is in store for us in GTA V. While Rockstar is still using the always trusty, Rage engine, it’s been heavily modified from the last generation of Rockstar titles like GTA IV and Red Dead Redemption.

This modified engine was used for Max Payne 3 and was changed yet again to bring us GTA V. With all the new features in Grand Theft Auto 5, that we’ve seen in the five minute gameplay trailer, we can’t help but wonder what a new installment in the Red Dead franchise would be like. Last year, Rockstar had teased that they are working on a new Red Dead game and we thought it will be interesting to analyze what the developers have up their sleeves for the next entry.

Red Dead Redemption was set in a classic and vibrant world that was full of life and populated with some really wonderful characters, environments, wildlife and more. Rockstar did an almost wonderfully unheard of job and really making the environment feel alive.

"Players being able to move through this open world on their own or with a group of people, fighting the law or competing against groups of bandits could be a great way to expand on the Red Dead universe. "

From what we’ve seen in the GTA V trailers, it looks like they’ve expanded on that same idea from the previous GTA games and even taking some ideas from Red Dead, like plenty of wildlife to hunt, as an example. The things Rockstar have learned from GTA IV to GTA V about designing a world has clearly improved over the years. It would be great to see even more substantial shifts in the environment moving forward, especially during the time of America’s rapid expansion into the West for the Red Dead series.

GTA V has shown us that we don’t need to be limited to one character. While Red Dead Redemption started with everyone’s favorite cowboy, John Marston it doesn’t need to stay this way. Moving forward with new characters wouldn’t be a terrible idea for Red Dead 3. GTA V is giving us control over multiple characters to shape the story. This would be an excellent mechanic for storytelling in the wild west where the land and the country and is still being shaped. 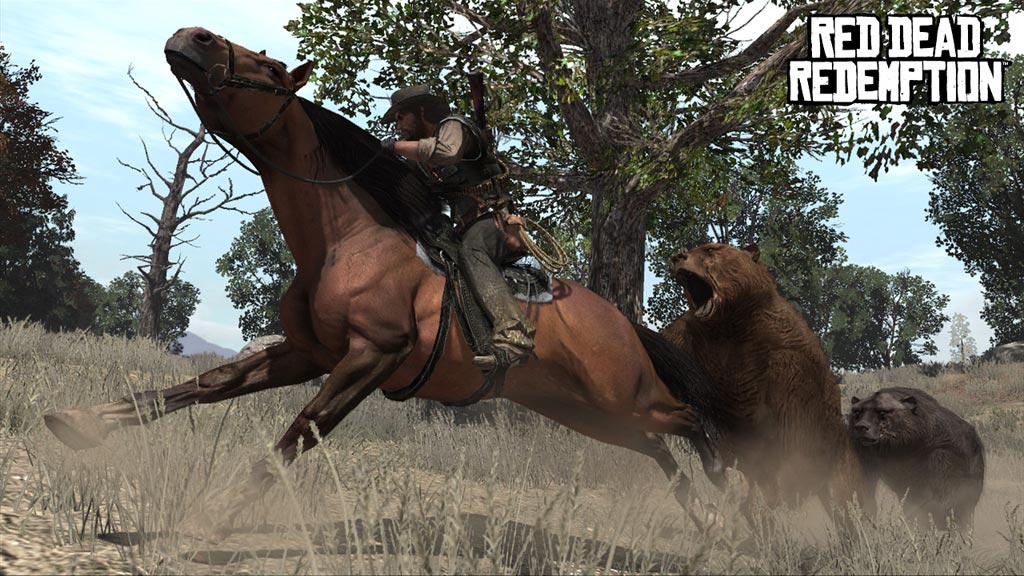 With more characters come more complexity in their stories. The story could follow the decline of the American Frontier after the civil war and with the industrial revolution in full-swing. Your group as well as others would struggle to survive in a quickly changing world and landscape. Cowboys existing around motorized vehicles, emergent cities popping up in the west. All the new details we’ve seen regarding GTAV seem like it would fit well in the setting of the Western United States, circa 1900 or so, you know, give or take a few years of course.

"GTA V has shown us that we don’t need to be limited to one character. While Red Dead Redemption started with everyone’s favorite cowboy, John Marston it doesn’t need to stay this way. "

Decisions are playing a bigger role in the new Grand Theft Auto title. In previous games people have always felt kind of like they’ve been along for the ride, an errand boy for a big-time criminal organization. Even after players have worked their way up to the boss themselves it still felt very limited for most of the previous GTA titles. The decision-making aspects would give players the feeling of being their “own man,” so to speak.

With Manifest destiny as a theme, buying up land and owning property would certainly be a perfect approach to the third Red Dead title. The time period of the expanding west, choosing how to manage missions, your allies, enemies and more. Imagine have the option to decide where the story takes you and what side of history you end up on. You could have a group of characters that you play through, much like GTA V. Players could decide to be outlaws and rob trains, steal horses and be a true villain of the West, they could also choose to defend a recently settled town and become the sheriff and to uphold the law, or dispense justice as the players see fit.

Rockstar games is supposedly including a vastly improved online option for GTA V  and while there isn’t too much information about it, it looks like there is going to be plenty of people driving, running and flying around the city. Hopefully this will include a higher than 16-player count. An online, open-world like what we’ve seen so far from GTA V is the embodiment and spirit of the old Wild West.

Players being able to move through this open world on their own or with a group of people, fighting the law or competing against groups of bandits could be a great way to expand on the Red Dead universe. Players could hunt other players who’ve committed terrible crimes for bounties and this could be based off of the characters actions not just deciding to be a “Good or Bad guy.” The game should have mechanics that require characters to interact with one another,  add extra depth, replayability and good old-fashioned teamwork.

Transportation is pretty straightforward in Red Dead compared to GTA, basically we’re resigned to horses and the occasional buggy or stage couch we get to drive. It would be great to have the option to travel using even more transportation modes though, how about an old Model-T like car, or steam boats?

"With Native American and even some Chinese culture in the area we should have the options for some other weapons like bows, swords, and hatchets. "

Towards the end of the United State’s expansion, forms of transportation like this would have at least started to pop up. Maybe not the automobile, but why not fudge the facts a little bit and maybe give us a steam power cars? GTAV looks like it’s going to have some pretty awesome transportation, while Red Dead doesn’t need to compete with that, some extra choices would still be nice.

The weapons in Red Dead Revolver and Redemption had a good selection of Industrial U.S. firearms. Designs were simple and limited back then, but it would be good to have a wide array of weapons. With Native American and even some Chinese culture in the area we should have the options for some other weapons like bows, swords, and hatchets. GTAV has an improved combat system so it would add a perfect improvement in the next Red Dead and may even open up a whole slew of melee and ranged weapons for the era. 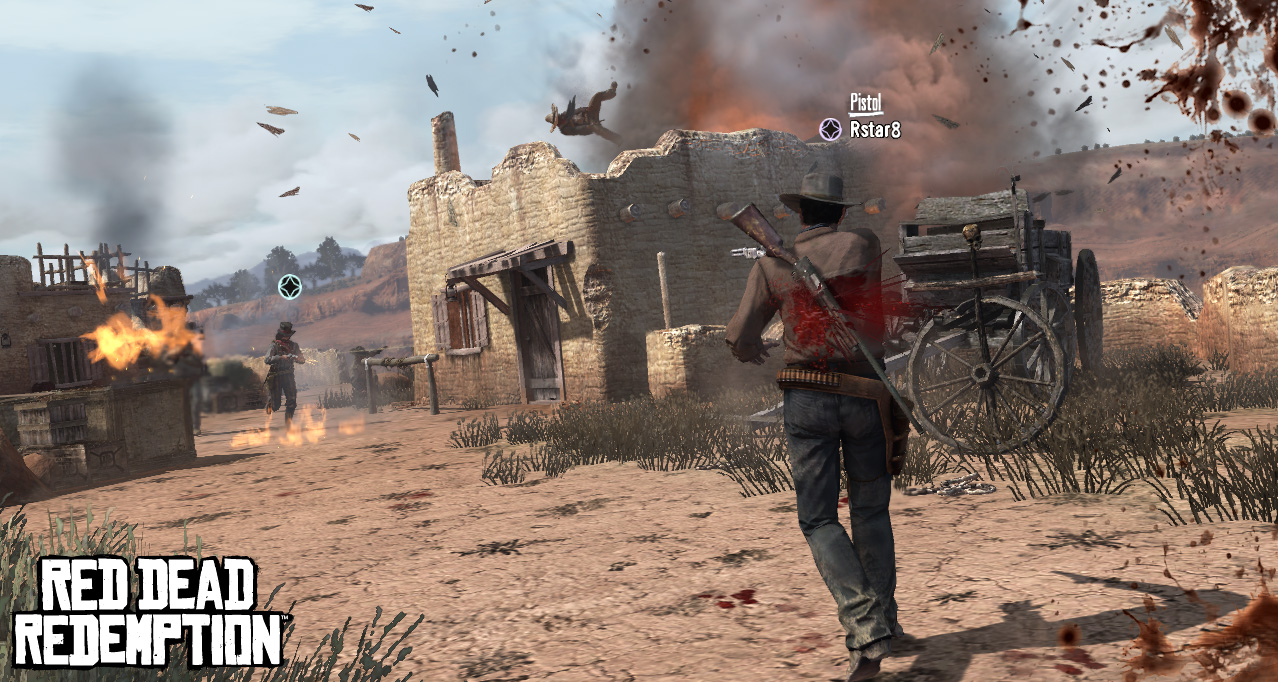 It may be a tall order to expect a new game in the Red Dead series soon, especially when GTA V is right around the corner. With so much fun that many of us have had with the Red Dead series, it’s hard not to want another one. Rockstar is not the type of developer to let a great IP fade into obscurity, never to be seen again.

They are however completely fine with letting time pass between major releases. Look at the amount of time that passed between Max Payne 2 and 3 and the Grand Theft Auto IV and V. We are pretty sure that sequel won’t come anytime soon, but I don’t think that that Rockstar is going to leave us hanging forever.

A new Sony patent describes functionality for the c-stick on the controllers, that would allow users to adjust...