The game is also rumored to be a prequel to the original.

Rumors started flying earlier this year that Red Dead Redemption 2 might be getting announced at this year’s E3. If you were one who believed those rumors, then a new leaked map which is supposed to detail the playable area for the upcoming title will positively send you into a tizzy.

The map was first posted on Neogaf by a user who claimed to know someone close to the development team. Either because this user was lying, or because their friend got nervous, they pulled the post down shortly after first putting it up. TechRadar is now claiming one of their sources have confirmed the map is real and is part of Red Dead Redemption 2.

These are all still rumors for now, but TechRadar is also claiming they know the game will be taking place before the original. You can check out the map that was posted below and then sit and wait. It’s a safe bet that if Red Dead Redemption 2 is coming it will be announced at this year’s E3 in June. 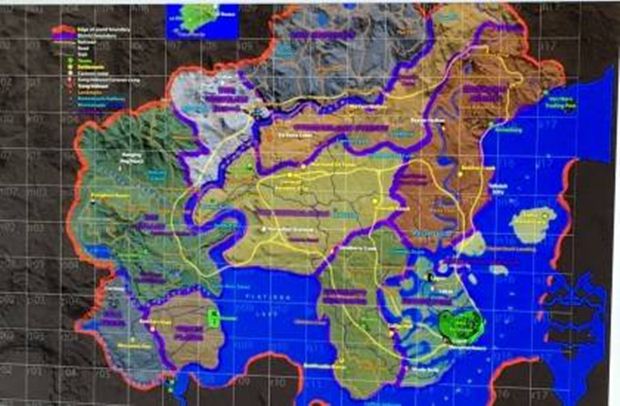