Everything you need to know about Red Dead Redemption 2. 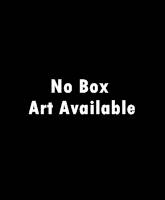 Red Dead Redemption 2 is an upcoming open world Wild West action game that is being developed and published by Rockstar Games. This game is the long awaited follow up to the original Red Dead Redemption and is the third game in the Red Dead series, with Red Dead Revolver being the first. The game was announced in the fall of 2016 and is said to be expected to launch in the fall of 2017 for both the Xbox One and PS4.

Red Dead Redemption 2 was unofficially confirmed as being a project way back in 2012, though the development team certainly wasn’t willing to talk about any details. Back then, it’s likely the game was aimed at the PS3 and Xbox 360 rather than the Xbox One and PS4 solely. It wasn’t until June of 2016 that rumors of Red Dead Redemption 2 started to heat up, with talk of images from inside the game leaking just before E3.

The most talked about image had been stamped with Red Dead Redemption but was of a setting that was never seen in the 2010 game. The image came from the porfolio of a developer that had been working with Rockstar for quite a while and for that reason, it appeared the image was for real. Rockstar stayed silent on whether this image was indeed hinting of a new game until October of 2016 when they first teased the possibility of the title on the company’s official Twitter page.

Four days later, on October 20, 2016 Rockstar officially confirmed Red Dead Redemption 2 was in development and would arrive sometime in 2017. While the company has not said exactly when the game is going to be coming, they have said it will likely be released sometime in the fall of 2017. The company also confirmed this upcoming title will be a direct follow up and there will be an line multiplayer mode that is similar to Grand Theft Auto 5‘s GTA Online component.

While there hasn’t been a ton of details about how the game is going to shape up, as far as what the story is going to be, the development team has made comments about how they want the game to progress their efforts of a “truly living world” when it comes to open world games. The company also said they are only planning for the game to come to the Xbox One and PS4, that means no PC, Wii U or Nintendo Switch support is planned.

Alongside the announcement of the game, Rockstar did release a trailer which showed off what the world of Red Dead Redemption 2 would look like. The trailer shows off expansive valleys and prairies, as well as some kind of city setting where people can get into all kinds of trouble. While the entire video was shot using in-game footage, there wasn’t a clue as to what characters will specifcially be in the game. There was a voice over by one character fans of the series believe they have identified, but the only real action shown off is a very short clip of what looks to be a posse of horse riders dashing off after someone.

The company also announced a deal that will be bringing “select” online content to the PS4 version before it lands on the Xbox One version.

Very little is known about the story in Red Dead Redemption 2. From the teaser image that was released, as well as the trailer, it appears there will be a group of heroes that will either be playable, or work in some kind of partnership with the main character. At this point, it isn’t yet known who the main character will be, though there has been speculation that Marsden from the previous game could once again be the central person.

While we don’t know a great deal about just what will be included in Red Dead Redemption 2, there are a few things people have been able to guess at thanks to the reveal trailer. There are also a few aspects Rockstar has specifically confirmed or can be easily assumed based on previous games the company has put out in recent years. There is going to be a single player campaign that can be played in an entirely linear way or there will be side missions, as is the case with most open world games.

Rockstar has also said there will be an online multiplayer mode that will be similar to what we have seen from them in GTA Online. The mechanics of notoriety have been rather constant in the company’s games over the last few years, with the previous Red Dead games having a kind of bounty put on players’ characters if they decide to go rogue and kill innocent people. Rockstar allows players to shoot and/ or kill whoever they want in the game, though the backlash from in game characters becomes more intense depending on just how much killing of innocent lives is done.

While none of the characters in Red Dead Redemption 2 have been officially revealed,  the poster showing the outlines of the characters has led to people on the Internet deducing the crew that appear to be at the center of this game. Marston,  Jack Swift,  Dutch van der Linde,  Dutch van der Linde, Bill Williamson, Landon Ricketts and Shadow Wolf are all characters from previous games in the series and they are all characters that many people have said they have been able to matchup to the shadowed, outlined characters that are shown in the promotional poster.

It’s worth pointing out that it’s possible none of those characters are going to be in Red Dead Redemption 2 and the poster is just a way for the creators to get people talking about the people they want in the game. Because we don’t yet know what kind of story we’re going to see in this game, its impossible to know what other NPCs might make an appearance.