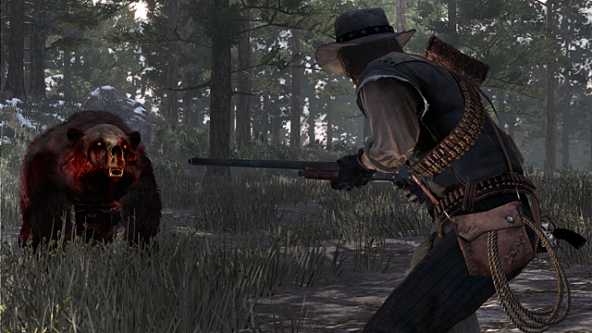 Yes.. that is an undead zombie Bear

To celebrate the release of the Red Dead Redemption ‘Undead Nightmare’ DLC (Which has Bigfoot in it!) they are having a Double XP Event.  So for any of you wanting to prestige and get that ‘Zebra Donkey’ mount, you better get to playing.  Unfortunately The double XP applies to the DLC’s new modes: Undead Overrun and Land Grab or any of the original competitive modes from Red Dead Redemption only. 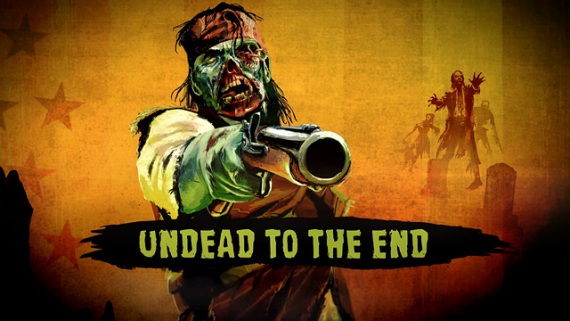 The standalone disc bundling all the Red Dead Redemption downloadable content together, entitled “Undead Nightmare”, will be released in Europe on 26th November and on the 23rd of November in the U.S. The retail disc will cost around $40.00/£24.99/€29.99 and be available on the Playstation 3 and Xbox 360. The best part about it you won’t need a copy of Red Dead Redemption to play it.