The launch of Rockstar’s epic open world western was proclaimed ‘soured’ by the Irish Herald due to it’s distasteful use of Irish stereotypes. 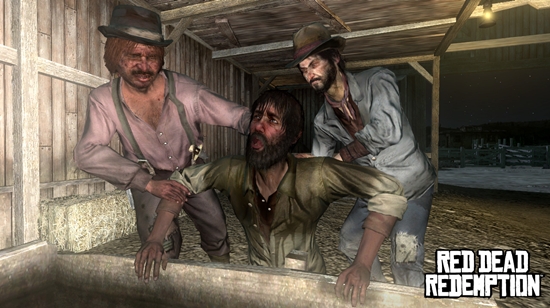 Rockstar’s games have always been riddled with embellished stereotypes of all sorts, and Red Dead is not different. However, according to the Irish paper;

The stereotype of the drunken Paddy will again be taken advantage of, as the game’s town drunk is called “Irish”.

On a popular gaming forum, the “Irish” character is described as “the town drunk. Usually found stumbling around and getting into trouble with sober townsfolk while attempting to talk his way out”.

Fortunately for Rockstar, Red Dead Redemption’s has not been soured in any noticeable way, with many thousand copies already sold, to the point where hard copies are selling out.

Check back to GamingBolt shortly for the review.