Posted By George Reith | On 10th, Mar. 2011 Under Previews | Follow This Author @GNReith

Red Faction: Armageddon is set to bring a lot of new additions to the series. One such refreshing feature is the game’s ruin mode that I have had the pleasure of experimenting with. The mode sees you attempting to cause as much destruction as possible within a single minute, the idea being that you need to compete with your friends to reach the top of the online leaderboards. Points are awarded for chains of carnage and, provided you make enough stuff go boom, you are rewarded with score multipliers and additional time. 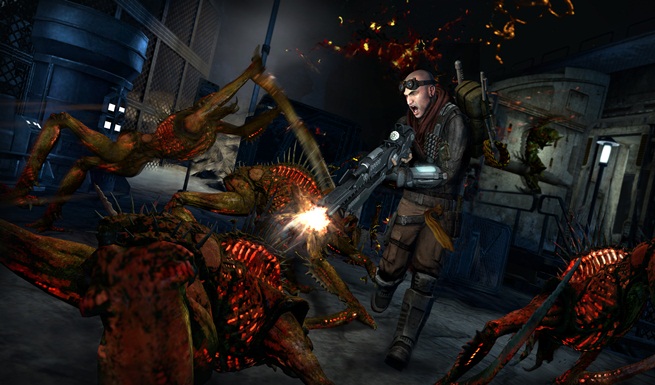 This picture has little to do with the ruin mode, but it still looks good

First impressions of the mode are strong. The flagship elements of Red Faction, like the destructible environments and geomod technology, are put through their paces in this mode to the point where I was questioning why this kind of game type hasn’t been present in previous RF games. The short round times give the mode an addictive quality to it, and I have no doubt that it’ll keep you coming back to one up your friend’s scores.

The games wind up becoming quite tactical, with players being given the choice of what four weapons to take into the round. Some of my favourites from the single player made an appearance like the hammer and magnet gun, but there were some refreshing new entries as well. My personal favourite from Red Faction: Guerilla, the nanite rifle, made a triumphant return and was well complemented by the new singularity cannon that is capable of shooting out little black holes. The need to chain and link your destruction for score multipliers also gives weapons like the demo charges and mines a look in, as taking out all the support columns of a building in one swoop will lead to huge scores and multipliers. 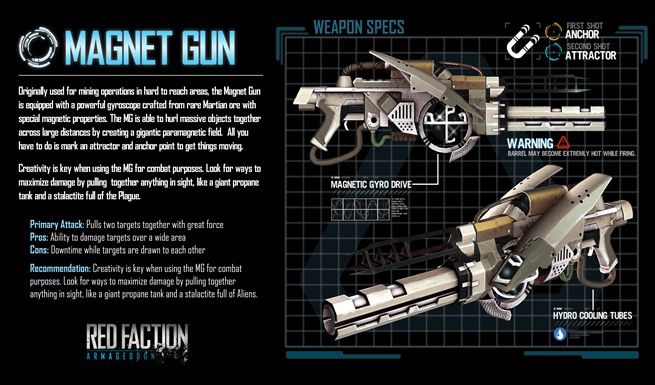 It never gets old. Trust me

I do have some concerns with the lifespan of the mode though. The maps are all taken from the single player for a start and, whilst it may give players a feeling of familiarity, this could lead to the maps feeling recycled. There is also only five of them. You have to unlock each subsequent map by getting a par score for each stage and, though there is a good feeling of progression from this, there won’t be a huge amount of content to churn through. There is also the issue of weapons. Even though the weapons alter what tactics you can and can’t use decisively, unless you can unlock new weapons for the mode as you progress, things could get monotonous quickly. The mode is also single player only but, without wishing to sound ungrateful, it would’ve been even better if you could have been able to play the mode co-operatively with some buddies. Still, beggars can’t be choosers.

There is also an issue of pricing. To access the ruin mode you are required to enter a code that will be provided only with new copies of the game. Though a demo of the mode is on the disc, those who want full access to the ruin shenanigans with a pre-owned copy of the game will need to pay for a code. The price of the code is undetermined, but I’m sure many will have a bitter taste in their mouths at the thought of having to pay for full access to the game’s content regardless of its pricing.

I have my concerns, but there is no doubt that the mode fits in brilliantly with the ethos of the Red Faction series. I can’t wait to show my friends how much they suck in comparison to me at blowing stuff up, but until then I’ll just have to be patient. In conjunction with my rather glowing preview of the game’s single player campaign, Red Faction: Armageddon is shaping up very nicely indeed.