Red Faction: Guerilla takes place 50 years after the Original Red Faction. The EDF who were allies are the main antagonist in this game. They have captured Mars planet and are putting people in to slavery for their own benefits. You will take role of Alec Mason who is a miner and is rebelling against the EDF. The demo we played showed us various gameplay aspects and We must say that the Red Faction is growing up into an awesome game. You have just one mission in the demo we played… You have to capture a “Walkers” a walking robot from the EDF which is essential for capturing the area. You will start off with three weapons: l Long axe like weapon, a machine gun and a pistol. Later on you will be able to find powerful shot guns and detonators. The gameplay element is basically pop and shoot just like in Gear of War franchise. Some of things like running while shooting seems like taken directly from the famed game. You will be having radar which is pretty important for open ended games these days indicating the current objectives, enemies and more. The world is vast in the Game and you will be roaming alot. 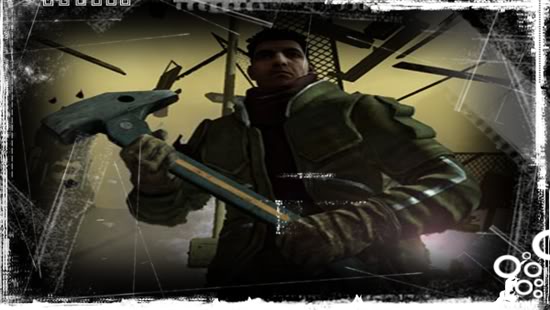 The enemies are a bit disappointing in the game. They are just too backward in the AI , quit often they will expose themselves completely for fire. More often they will come in APC’s and most often or not you will be facing 20 odd enemies at one time. Things can get a bit tough but you too have vehicles at your disposal. Using vehicles you can crush anything. Enemies, Vehicles  and even the structures can be destroyed. Almost 90% of the environment is destructible in the game which is truly spectucular. After fighting through the enemies , when you finally reach your objective: “The Walker'”, you will have to drive it through enemies and APC once again. What follows is an amazing chase sequence. 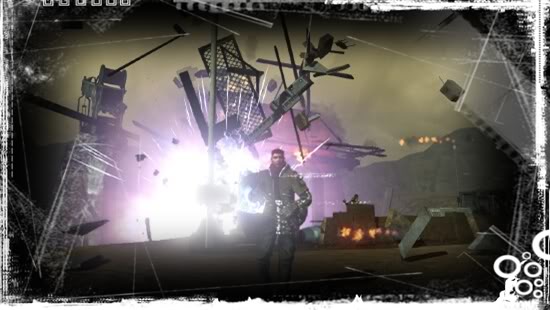 Alec Mason will now be equipped with missilie launcher. Cars, Vehicles and APC’s  will now be following you. Nor one or two but tens and twenties of them, It was fun to play through this section as the cars flying , explosions taking place, the EDF soldiers  firing, is a really a treat to watch. Finally you will cross the runaway and the demo ends.

What we played hold alot of promise to the game. Red faction: Guerrilla  is realesing on June 9th, 2009. The developers have promised over 100’s of missions and multiplayer components. Check out for the full review as we approach the launch.