THQ Nordic answered some of our questions about their upcoming remastered edition of Red Faction Guerrilla.

Red Faction Guerrilla had first released back in 2009 and one of its main selling points was just how destructible everything was. Now, the game will be making its way onto modern gaming machines as a remastered edition so that you’ll be able to experience all of the chaos with much better visuals.

To learn more about all of the changes incoming with this new version, Gamingbolt reached out THQ Nordic whose Business and Product Development Director Reinhard Pollice provided the following answers. 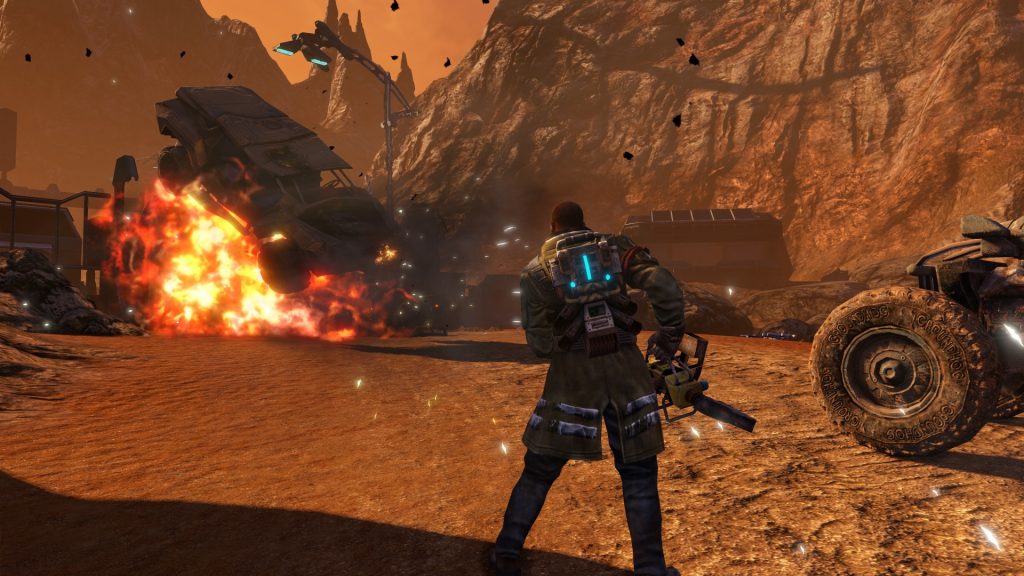 "We did a Steam Edition of Red Faction Guerrilla in 2014 which was already a great success and showed us what potential is still in the franchise. We hope the Re-Mars-tered version will even expand on that and also bring it on the radar again for console players."

Red Faction Guerrilla did a lot of unique things which its contemporaries didn’t, but failed to garner much attention. Do you think this remaster will help the game get the recognition it deserves?

We certainly hope so. We believe the game is still relevant and its signature feature – the destruction – is still unmatched.

Are you hoping that this game will do well enough to help re-launch the series?

We did a Steam Edition of Red Faction Guerrilla in 2014 which was already a great success and showed us what potential is still in the franchise. We hope the Re-Mars-tered version will even expand on that and also bring it on the radar again for console players.

What are some of the main changes that are being made with this remaster?
We really focused on two things: First the visuals. We reworked all the textures which makes a huge difference and also the rendering engine. Secondly we developed it in a way that it works on modern gaming platforms like Playstation 4, Xbox One and of course the PC.

What made you decide that this was the right time to bring back Red Faction Guerrilla?

When we did the Steam Edition back in 2014 we already thought a lot about consoles but back then we didn’t know how to approach it. Now we’ve gathered a lot of experiences with the remasters of Darksiders and felt like now it’s time to get back Red Faction as it’s still very relevant as there is no game that does better destruction than Red Faction Guerrilla.

Have there been any particular challenges faced by the team when working on this remastered edition?

There has been a few very technical challenges. After all the codebase was huge, grew over time and we had high goals in terms of performance. Secondly the way the art was built was not very compatible with modern techniques. For example most graphics didn’t have specular maps so we had to add that and change the renderer in a way that this will be visually a serious upgrade.

How would you say these visual upgrades will help define a player’s experience of this game?

I think the visual experience is part of the overall entertainment of a game. A game need to look somehow appealing to be attractive. We feel the destruction was a core part of the moment to moment gameplay experience in Red Faction benefits a lot from those visual upgrades. 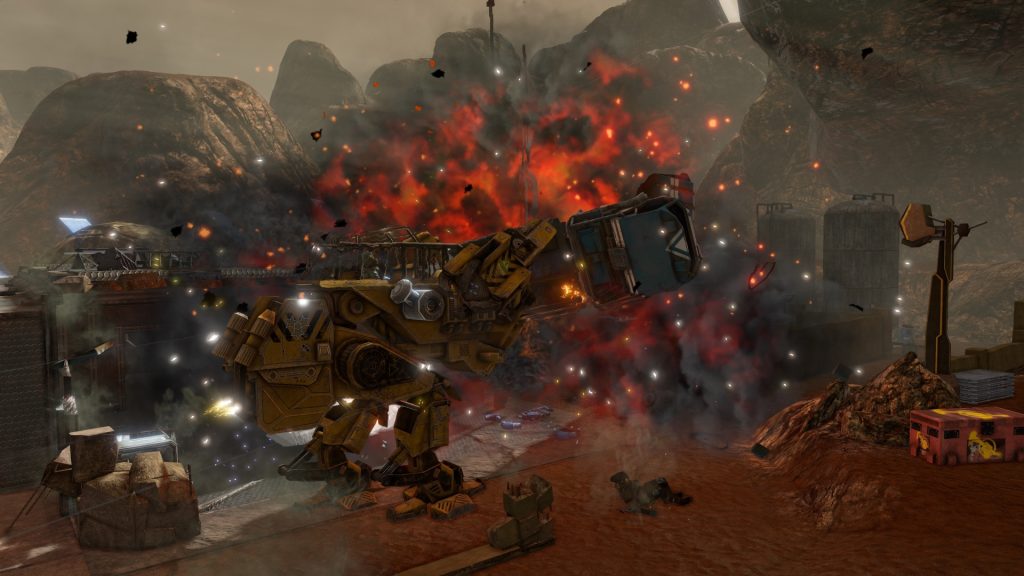 "I think there are ton of cool directions a next Red Faction game can feature but I feel like the Red Faction Guerrilla open world experience stuck the most with fans."

Are there currently any plans to remaster other games from the Red Faction series?

No currently we don’t have any plans. Although I still love the Red Faction 1 approach of a destructible world but that wouldn’t be a remaster project but rather a full remake.

What will the game’s performance be like across the different platforms?

We are right now doing a lot of efforts with performance optimization as we want to guarantee a smooth experience at all times. For example we change currently a lot about the use of threads.

What are some things you would like to include in a future Red Faction game?

Push destruction to the next level – that’s the base line. I think there are ton of cool directions a next Red Faction game can feature but I feel like the Red Faction Guerrilla open world experience stuck the most with fans.

Is there any reason why this game hasn’t been announced for handheld platforms such as the Nintendo Switch?

The Switch is a great gaming platform but it has even more challenges with regards to optimizations. We felt like we had enough on our plate.

I would love to but we are still optimizing and haven’t locked that in.

Our goal is 60 FPS at FullHD resolution but we are still working on optimizations. 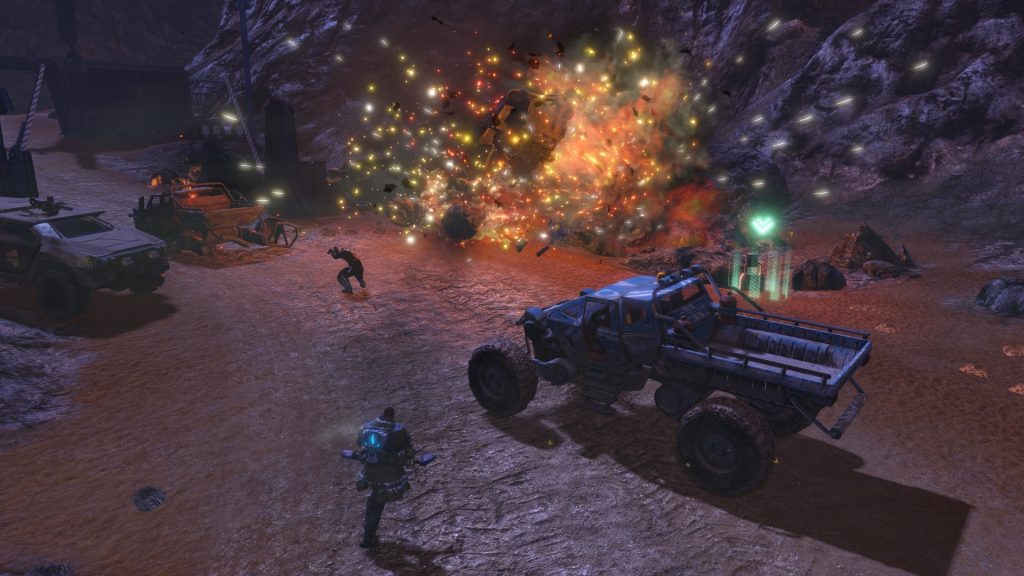 "I really hope the way communities and online experiences can be served to the player make a big step forward and as a content provider there is more flexibility with regards to doing releases and updates."

The Xbox One X is just even more recent and has better hardware.

It’s always a question of whether a game offers enough value. This can be actual perceived value from one of these offerings or as an overall experience like the entire community that’s part of a games’ ecosystems. In the end the core game loop also need to support such models so that they are not awkwardly tied in or the gameplay was castrated to fit the monetization model. Players will quickly recognize both and pass on a game.

I think those pieces of hardware will be again more powerful but that’s rather a standard thing. I really hope the way communities and online experiences can be served to the player make a big step forward and as a content provider there is more flexibility with regards to doing releases and updates. Here Steam is still the clear number 1.

Probably but when pushing the limits in terms of graphical fidelity that will not be easy to achieve.

Take your hammer and swing it on the battle fields of Mars – It’s worth it!