So Red Faction has returned this summer with Volition dumping the series first person mode to a third person one. And to be honest thats a pretty sound move. With the amount of first person shooters on the market, a great game like Red Faction could have just been lost somewhere. Now before I get deep in to the gameplay, lets talk abot who you are and why you are in the game. So the story starts off with Alec Mason, a miner who’s been sent to Mars to do his duty as a Guerrilla. He meets up with his brother after a long time who tells him how the EDF, also called as Earth Defense Force have turned from heroes to villains this time around. The land they freed up many years ago, they are turning the inhabitants to slave, forcing them to work for them. The two brothers than plan to take down EDF alone. They start off with Alec infiltrating EDF owned area, destroying the heck out of the facility. But EDF troops arrive in time and Alec’s brother is killed in action. Alec is nearly killed too, but he’s saved by Red faction a team comprising of a technician: Sam, a guy named Jenkins who just rides around destroying EDF property and Red Faction commander Hugo Davies. Their common goal: free Mars of EDF. What ensues further is a number of missions where the player has to clean each sector. 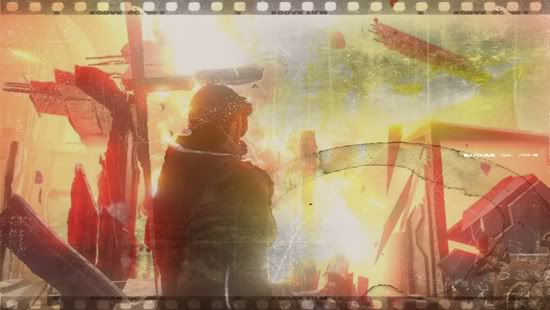 Now the gameplay. Mars has been divided in to six sectors in the game. The intial gameplay will take place in sectors of Dust and Parker. The player has to clear each sector in order to unlock the other sections. Unlocking a sector involves a Red Faction meter where the player has to complete a set of missions to bring down EDF control to zero in each area. This involves player taking various missions. These missions can be accessed by a map accesible through the select button. The player can navigate through the various missions available and set the marker. Mostly the player will be using EDF or Red Faction vehicles. Major mission types include:

All of these missions are pretty tense and action oriented. But i must say that after a while these missions get a bit repetitive after a while. Now how would these missions help. The developers have implemented a system known as Morale. The longer and more the missions you complete the more the morale will boost for Red Faction Colonist. More morale means more armory at your disposal, more colonist fighting along with you and more quickly the area will be restored under Red faction command. All of the missions are indicated by the amount of control and amount of salvage one can gain from the mission. Salvage is pretty much central to gameplay in Red Faction. Players will find salvage throughout the world of Mars. These can be obtained from destroyed buidling, debris, from cars , from completing missions and just about anything that Mason can destroy. The amount of destruction that the player can do is just phenomenal. The Geomod 2.0 engine, which allows for buildings and other structures to take damage, fall apart and collapse really looks mind blowing. There are just so many moment in the game where its just very satisfying to blow up things. And to blow them up Mason also need the arsenal. The game has a wide range of ammos and explosives. As you start off the player will be loaded with assault rifle and sticky grenades. The player will also have sledge hammer like weapon which can be used to destroy just about anything in the game. Later on you will be able to buy rocket launchers , proximity mines, weldges and much more. 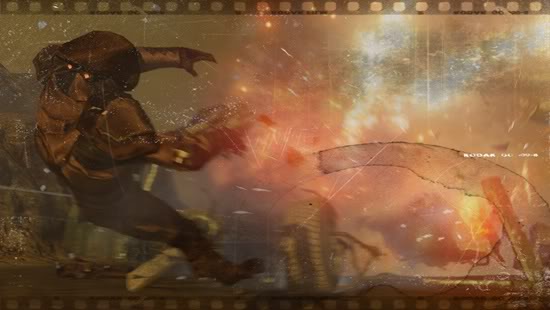 New weapons get unlocked as you play through the game. You can buy new weapons using salvage so just make sure than you collect as much as salvage you can during the game. One of the most surprising things about the game is how the enemy AI has been implemented. The game should be pretty easy for many gamers since I was able to take on the enemies head on. Also the variety of the enemies in the games are less. There are also Mechs in the game, but too bad they are as good as none. The controls are tight and have been done very well, however the cover system could have been done better. Camera is spot on in the game and i did not found any issues with camera snapping during intense battles.

The graphics of the game are not ground breaking like the one found in games like Mass Effect. But the sense of scale is huge in this game. You will be travelling alot in the game, invading EDF facility and following Marauders base. The environments look stunning and the character models are pretty good for most part. The vehicles feel good and also have been given a very unique and a futuristic look about them. But visuals wise the game really excels at the explosions and the destruction shown is phenomenal. If the visuals are good for the explosions than the sound accompanying them had to be good. But sadly the rest of the sound really is out of place and voice acting is not up to the standards.

Red Faction excels at what the franchise is know for. The developers changed the perspective this time so that players can get a feel of the destruction. It’s at a pretty good length with campaign lasting for about 20 hours. However the game gets a bit repetitive and enemy AI holds it back from being truly epic. Volition could really have really made a great game but instead Red Faction is a good game. For fans who are tired of other genre and are looking to blow stuff up, they need not to go any further than Red Faction: Guerrilla.

The degree at which the environment is destructible is phenomenal, Pretty good plot, Explosions and physics have been incorporated very well, Sound is satisfying

Voice acting is just "Meh", Single player campiagn dependent on side mission sometimes can lead to frustration, Its more than a bit repetetive, Enemy AI is bland

Final Verdict:
SUPERB
For fans who are tired of other genre and are looking to blow stuff up, they need not to go any further than Red faction: Guerrilla.
A copy of this game was provided by Developer/Publisher/Distributor/PR Agency for review purposes. Click here to know more about our Reviews Policy.