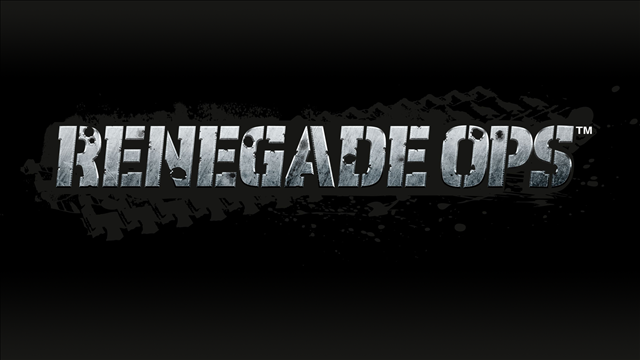 Developer Avalanche Studios has revealed their latest creation, Renegade Ops, which will be hitting Xbox Live Arcade, PC and the Playstation Network in the fall of this year. The title may sway you off as this is a military co-op game where driving and flying is what you will be doing. What will you do in these vehicles? Well quite frankly you’ll blow the crap out of everything as the developers put it slightly more elegantly. The game will be published by SEGA and the developer has been known for their work on Just Cause 2.  View the full Press Release below.

Renegade Ops puts players in a mobile commando unit sent behind enemy lines to defeat Inferno, a madman intent on global domination. Defeat enemies across a range of stunning environments using a wide variety of vehicles, from dispersing electromagnetic shock waves to the deployment of a huge Gatling gun armed to the teeth. Players have the choice to fight alone in single player mode, team up offline with two-player split screen or join the dynamic 4-player online co-op experience. Blast your way through enemy lines by working together, or compete for achievements as you and your friends aim to top the online leader boards.

“A number of developers in the studio wanted to try developing a smaller digital project, so we gathered a team, built a new IP and SEGA gave us the opportunity to carry this out. The IP is all about driving or flying around blowing stuff up while playing with your friends and that to us, is a dream-project,” comments Andreas Thorsén, Senior Producer.

Unleash your full arsenal of weapons and destroy anything that stands in your path as you battle to protect the free world in any way possible. Madman Inferno, the commander of a sinister terrorist organisation, has detonated a devastating bomb to demonstrate the power of his new deadly weapon. Furious at the world’s leaders decision not to fight against Inferno, General Bryant has recruited a crack team of military specialists, known as the Renegade Ops, from around the globe to wage war against Inferno’s promise of world domination.

“Renegade Ops is SEGA’s first new IP on the digital space and we are thrilled with the remarkable visual look and extensive features that the game has to offer. It has been a great opportunity to work with a team as successful as Avalanche Studios,”commented Haruki Satomi, Vice President of Digital Business at SEGA. “Playing Renegade Ops with friends will be a hugely enjoyable experience which will stand out above other multiplayer online co-op games.”