Resident Evil 6 CE to be Game4U exclusive in India 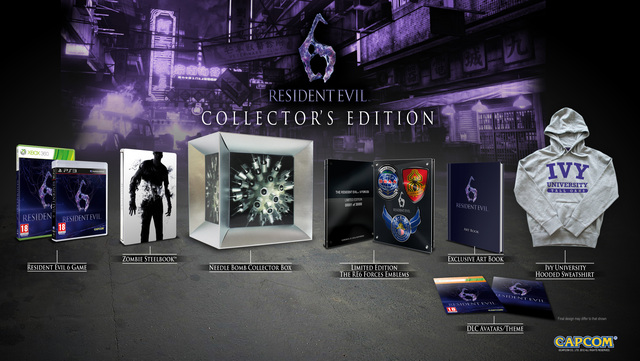 Of course, these prices aren’t absurd as Gran Turismo 5 Signature Edition was priced above 10k as well. Plenty of people bought it, including *ahem* yours truly. You can pre-order them at their online store, and doing so will get you three DLC maps:   Rail Yard, High Seas Fortress, and The Catacombs.

The game will be released on the PS3 and Xbox 360 on 2nd October this year. The PC version will follow later. Here are the contents of the said DLC: