Capcom and Slant Six Games join forces in a “reinterpretation of the events” in Resident Evil 2 and 3. Resident Evil: Operation Raccoon City is a third-person team-based shooter where you take on the role of a member of the secretive Umbrella Security Service. Your mission? To destroy any evidence of Umbrella’s involvement in the outbreak of the deadly t-Virus. 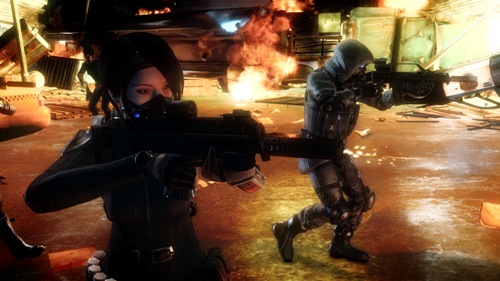 The action unfolds in September 1998 with Umbrella’s dodgy scientist Dr William Birkin planning to sell the experimental G-Virus to the US Government. While trying to stop him and retrieve the last surviving sample of the virus, all hell breaks lose and Birkin decides to inject himself, transforming him into a giant beast with a bulging eye protruding from his bicep! And just when you think things couldn’t get any worse, during a skirmish with the good doctor the t-Virus leaks into the sewers, infecting the populace of Raccoon City.

As you’d expect, it’s your job to clear up the mess. You get to pick one of six Umbrella Security characters, each with special abilities in a three-way battle between the undead and the trigger-happy Special Ops teams. Their unique abilities vary in usefulness from invisibility to temporarily taking control of the infected. Along the way, you’ll come across a familiar cast from the Resident Evil series including Lickers, Tyrants, Hunters, Nemesis, zombie dogs and even Leon Kennedy and Claire Redfield.

Flying in the face of some other reviews, I actually quite enjoyed Operation Raccoon City. But make no bones about it, play this solo and you’ll soon switch off, thanks to a multitude of problems. 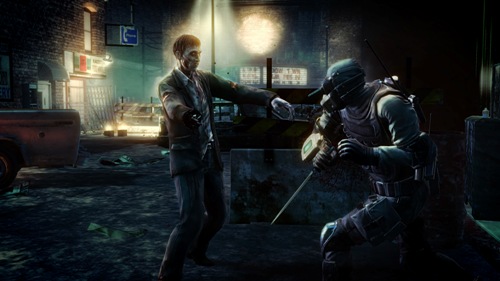 You’re going head to head with zombies and Special Ops

The single player game is beset by ridiculously idiotic AI with your team mates proving more of a hindrance than help. By way of example, there are countless moments when you’re besieged by rotting corpses and desperately in need of some health… only for one of your squad to run in the opposite direction with that vital medication. Not only that, but they’ll often give you an energy boost when you’re at full health. Utterly pointless! Add that to their affinity for running into your line of fire, shooting you in the back or standing in front of an exit, making you a sitting duck for the incoming zombies, and it’s all very frustrating. 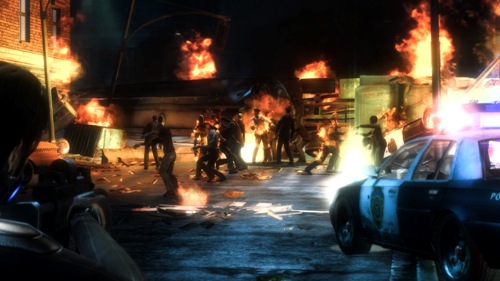 Loads of zombies about… shame your team mates are so useless

And what about when you do get infected? You stand there helpless as your health depletes before you turn into a zombie, knowing full well that your AI colleagues have the anti viral spray that could save you. But they just stand there, ignorant to your plight and instead opting to run headlong into a nearby wall repeatedly!

In fact, it’s almost a relief when you see the symbol onscreen indicating that they’re lying dead in the distance somewhere, waiting to be revived. Whether you bother bringing them back to life  is completely up to you but it’s often preferable not to bother and just to go it alone. If you’re taken down in the heat of battle and they don’t save you, why the hell should you help them???

It’s a bit of a missed opportunity when you become infected. Fail to find a serum and you turn. Funny thing is that when you do, you lose complete control of your character and are powerless to do anything until you’re killed – it could have been a bit of fun being a zombie, right? Anyways, when you do respawn you appear with your health, grenades and weapon replenished. The question is… what’s the incentive in healing yourself? As far as I can see, there isn’t one. If there are no ammo or health packs around just wait for a zombie to get you, die and respawn rejuvenated. It’s plain daft. 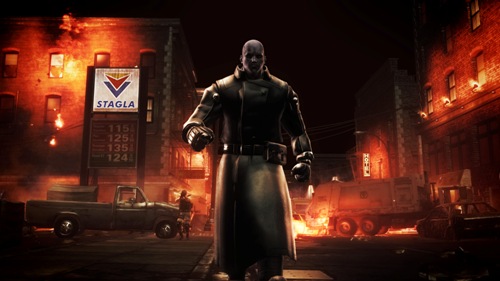 These guys laugh at your puny bullets

The over-used cover system that appears in pretty much every modern game makes another appearance here and isn’t particularly great. It’s like your character is wearing one of those Velcro suits and as soon as you stray too close to a wall, you stick fast to it. What’s more, it’s really annoying in the heat of battle to find yourself hugging a crate or wall with your butt or head sticking out, allowing the enemies to shoot/eat you.

Oh, and the zombies, bosses and soldiers are all bullet sponges! Even the lowly walker zombie takes most of an ammo clip to dispatch – and it’s even worse on the higher difficulty settings. It doesn’t matter which of the weapons you use, they’re all much the same. Slabs of meat haven’t taken such a beating since Stallone’s Rocky movies! Our advice, take your time, wait until you see the whites of their undead eyes and blow their head off or shoot them in the legs. Otherwise, their bullet-riddled bodies will keep on shuffling towards you.

The melee attack isn’t much better. The continued mashing of the melee button sees various knife-swiping animations but they seem to do little damage either. 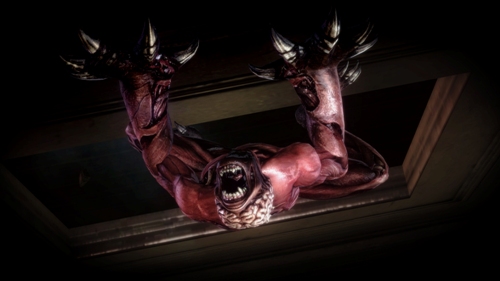 All these gripes aside, if you take the problematic AI out of the equation and enlist a few friends to become your team mates, things are infinitely better. Sure Operation Raccoon City is never going to rival Gears or Halo, or come close to replicating the brilliant co-op experience that is Left 4 Dead 2, but it can be an enjoyable romp.

As you progress, XP is awarded allowing weapons to be unlocked and special abilities to be enhanced, although it’s perhaps not enough of an incentive to keep on playing once the brief campaign mode is completed.

Failing that, there’s always the online multiplayer option where you can partake in eight player team versus battles should you desire. There are four different online modes available, where you can reprise the role of Umbrella or the Special Ops to fight one another and the zombie horde.

Fans of Resident Evil will no doubt be up in arms about the new direction and gameplay, and many are scathing about the issues mentioned above. Personally, I quite enjoyed the experience as a standalone game – but only once I’d got a few friends involved. It’s a flawed but fun game (at least in co-op) – and probably one that’s most suited to rental or picking up when it comes down in price. Mediocre.

It's a game that's badly flawed - the AI is shocking, the guns do little damage and some promising ideas just don't work

Raccoon City has a problem... and you're supposed to fix it. Join the other members of Umbrella to fight both zombies and Special Ops, as you try to stop the outbreak

A copy of this game was provided by developer/publisher for review purposes. Click here to know more about our Reviews Policy.
Tagged With: capcom, ps3, Resident Evil: Raccoon City, Slant Six Games, xbox 360