Resident Evil Village's three-pronged expansion is easy to recommend to fans of the series and the base game, but it's not exactly an unmissable experience.

An 18-month gap between a game’s release and it getting DLC is unusual, to the extent that, in most cases, it would be deemed poor timing. Most people may have long moved on from the game with little to no intention of returning to it anytime soon, if ever. Thankfully, Resident Evil Village, as one of the best games of 2021, is exempt from that notion. The game is just that good, and more of the same is always going to be hard to turn down. Enter Resident Evil Village: Winters’ Expansion, a three-pronged DLC that adds quite a bit to the game, most of which will be to your liking if you enjoyed the base game, but almost none of which feels essential.

The headline-grabbing addition here is obviously Shadows of Rose, a new story chapter set sixteen years after the events of the base game. Ethan Winters has been dead for a long time, and the focus here is squarely on Rose, his daughter. All grown up now, she’s desperate to live a normal life as a normal kid, which is obviously something that she can’t do thanks to her natural powers and abilities as a bio-organic weapon. When she learns of a way to get rid of her powers though, Rose instantly jumps at the opportunity, beginning a journey that takes her into the consciousness of the Megamycete, the superorganism that’s the source of the troublesome Mold that’s been torturing the Winters family (and many others) for years at this point. 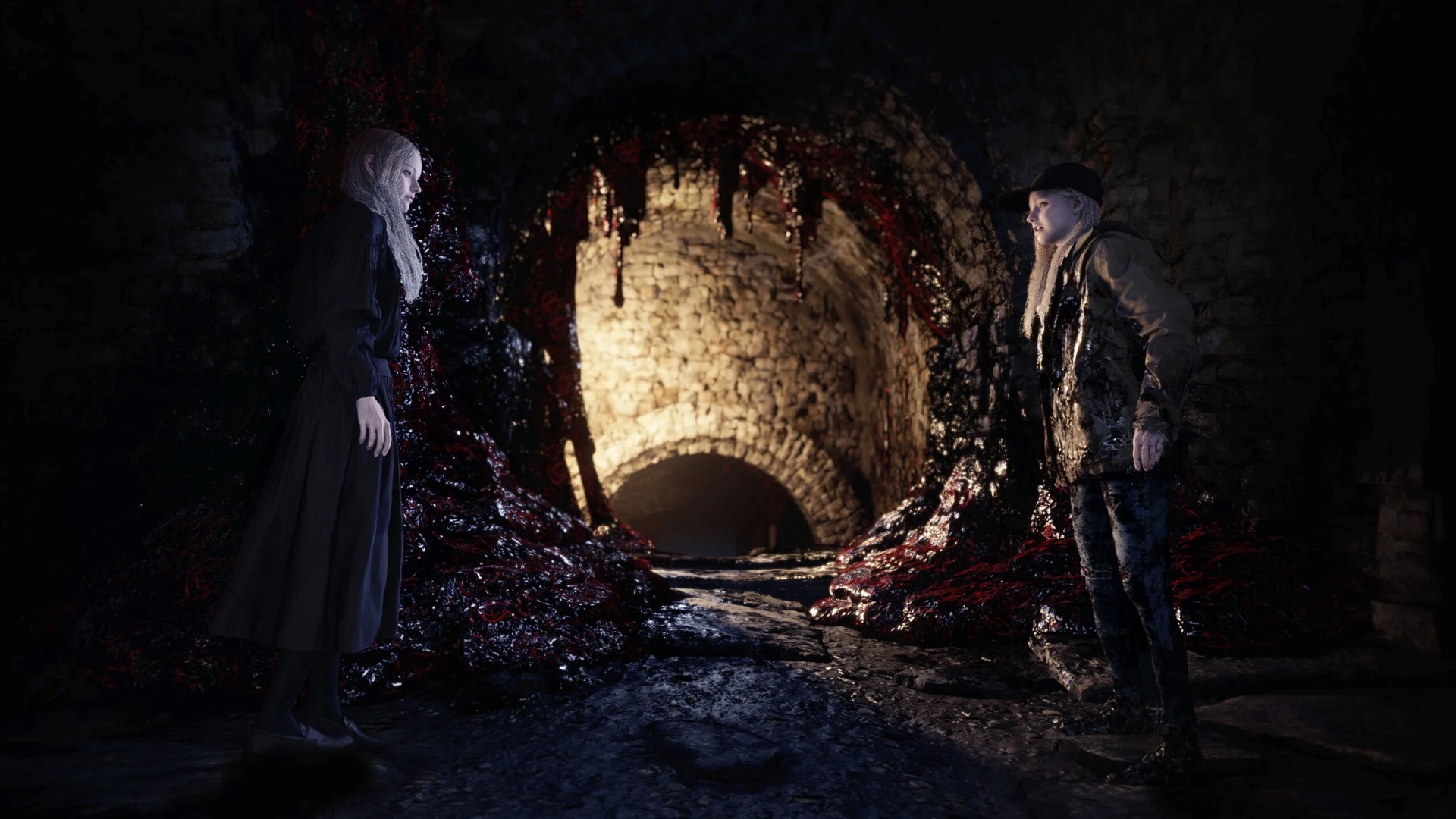 "With all of its issues, Shadows of Rose ends up feeling like a largely forgettable ride, even if it is mostly a fun one. "

Shadows of Rose takes players to a number of locations that those who played the base game will be very familiar with (and really, given the chapter’s narrative setup, you really shouldn’t be playing it if you haven’t finished Resident Evil Village). It starts off with Rose in Castle Dimitrescu, where the imposing vampiric woman is nowhere to be seen, with a twisted version of The Duke instead casting his terrifying shadow on the location and everything that goes on in it. Beyond that, there’s a few other locations you visit, which are best left unspoiled. That’s because Shadows of Rose does a solid job of remixing familiar environments, and the dream-like state of its setting serves as a great jumping-off point for that. Meanwhile, some later sections also bring chilling horror sequences that take cues from RE Village’s best bits- which is all that I’m going to say about that. It’s best experienced on your own.

While locations are remixed and reused in Shadows of Rose, other elements of the new story chapter feel quite different from the base experience. There’s Michael, an unseen spirit companion who constantly aids Rose on her journey through glowing, ghostly words appearing on surfaces around her. As a gameplay mechanic, it feels like a gimmick at best, and can feel like it’s holding your hand too much, but Michael is also a crucial part of the story, which resolves in interesting (if largely predictable) ways.

Meanwhile, Rose is, of course, also equipped with special powers- though their implementation is not nearly as exciting as it may seem on paper. Temporarily freezing enemies in place and getting rid of obstacles in the environment is about the extent of her abilities, and they never really come into play in any way that makes them stand out (or at least not until the end, by which time it’s too little, too late). New enemies called Face Eaters also enter the fray, who have more than a few similarities to Resident Evil 7’s Molded, but they never really pose the kind of threat that, say, the base game’s Lycans did. 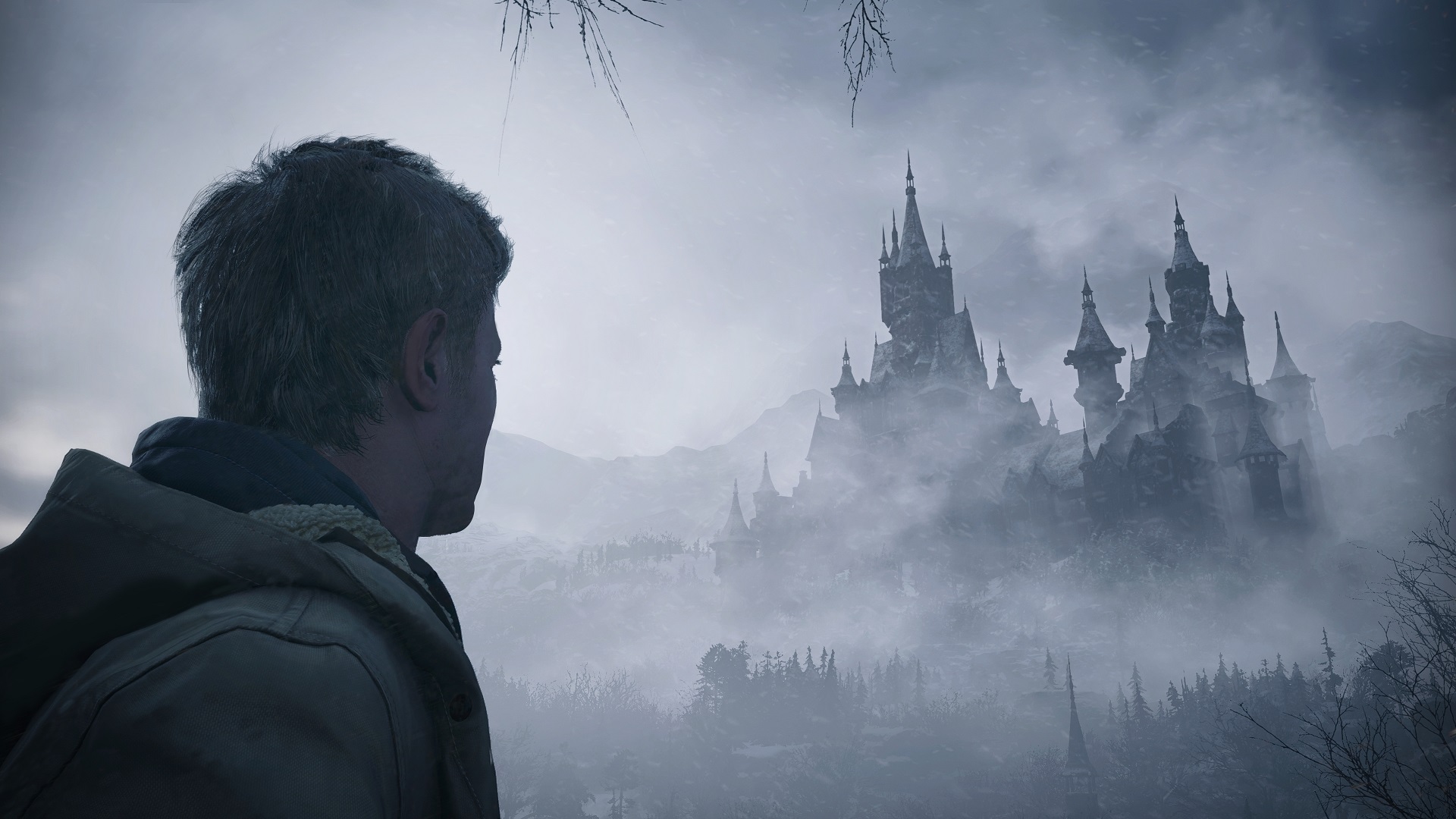 "Third person mode has clearly been made with returning fans in mind, so if you’re jumping into Resident Evil Village for the first time, you might want to stick with the first person perspective. For fans who’ve already played through the base game though, the new camera is an excellent way to experience the game again."

Other issues bring down the experience as well. Shadows of Rose is an entirely third person experience,  but movement feels a little clunky- which is a surprise, because Resident Evil has delivered some top notch third person titles, especially in recent years. The new chapter is also a much more linear experience than what you’d want from a Resident Evil game- backtracking and slowly unlocking areas bit by bit is a core tenet of the franchise, and it’s disappointing to see it de-emphasized here like it has been. Add to that Shadow of Rose’s short runtime – the entire episode is roughly three hours long – and with all of its other issues, it ends up feeling like a largely forgettable ride, even if it is mostly a fun one.

But of course, Shadows of Rose is only a third of what Winters’ Expansion brings to the table. Another major new addition – and probably my favourite of the bunch – is a new third person mode for the base game. Playing through Resident Evil Village with an over-the-shoulder camera puts a unique spin on the game, but the action still feels tense and satisfying. Similar to Shadows of Rose, movement is a little stiff as compared to the likes of Resident Evil 2 and 3, but the sheer novelty of seeing all of the game’s locations and getting to experience all of its offerings from a different perspective makes up for those issues.

Funnily enough, you still can’t see Ethan’s face – if you try to turn the camera around, he’ll simply turn around before you can get a proper look at the entirety of his face – while the transitions between third person gameplay and first person cutscenes never stop feeling jarring. Third person mode has clearly been made with returning fans in mind, so if you’re jumping into Resident Evil Village for the first time, you might want to stick with the first person perspective. For fans who’ve already played through the base game though, the new camera is an excellent way to experience the game again. 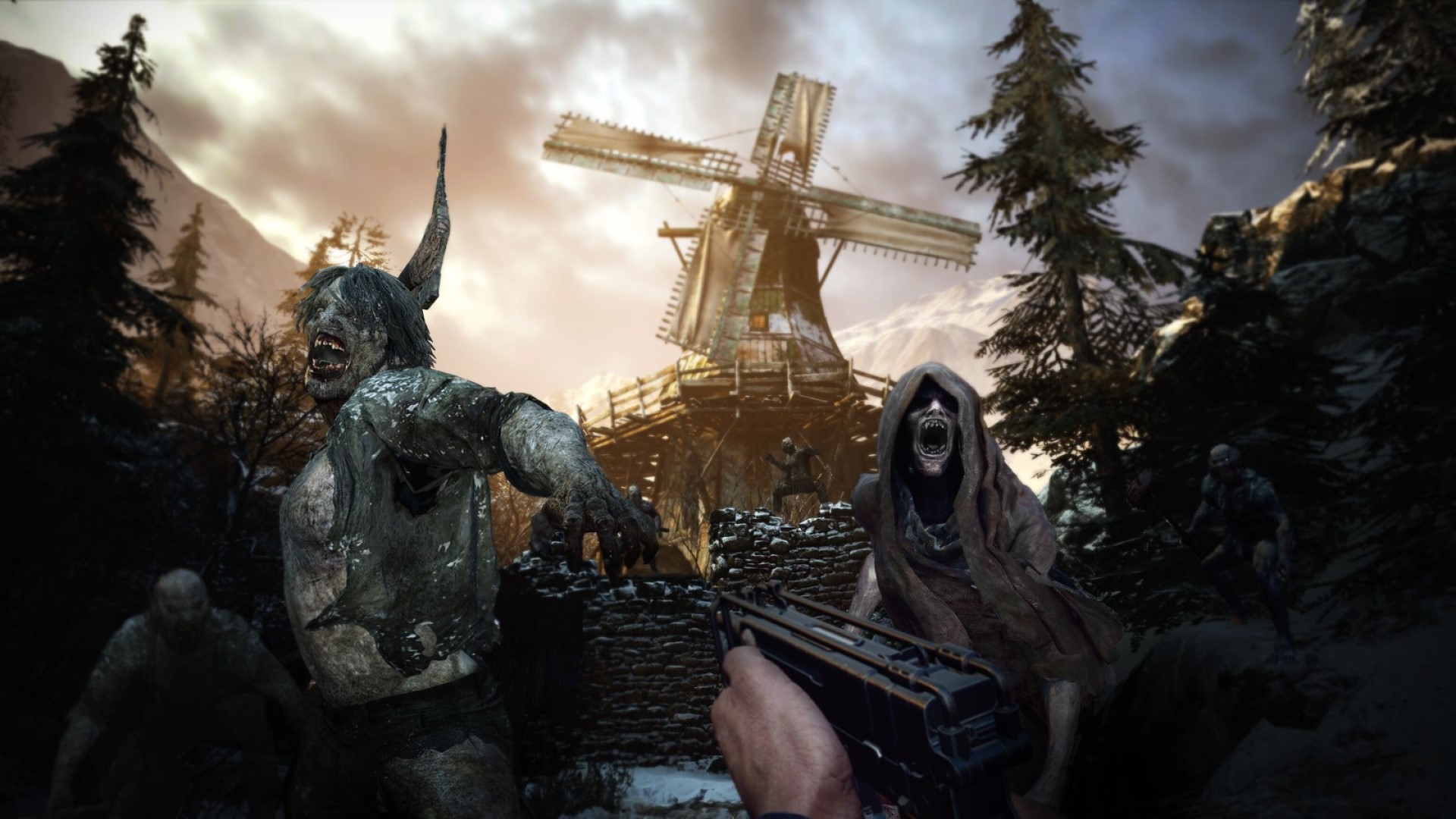 "The Mercenaries is still unlikely to blow anyone away, but it serves as a nice distraction for those who’re looking for more bite-sized and casual fun."

The third and final addition in Winters’ Expansion is The Mercenaries: Additional Orders, which, as its name suggests, adds new content to The Mercenaries mode. Resident Evil’s score-based mode has been a fan-favourite since its inception all those years ago, but its comeback in Village didn’t exactly pull up any trees. The consensus was that it was too light on content and lacked the endless replayability of past iterations of The Mercenaries- so it goes without saying that the addition of new locations and new characters, each with their own unique abilities, is a welcome one. The Mercenaries is still unlikely to blow anyone away, but it serves as a nice distraction for those who’re looking for more bite-sized and casual fun.

Resident Evil Village: Winters’ Expansion is a solid addition to Capcom’s beloved survival horror outing, even if it feels largely unremarkable. Shadows of Rose is a fun new story chapter, but it doesn’t do enough with its unique ideas, and it’s over too quickly, while The Mercenaries continues to feel inessential, even if it is admittedly a much better experience than it was when the base game launched last year. Third person mode, meanwhile, is an absolute treat, especially if you’re a returning fan looking to play through the game again from a fresh perspective. Taken together, the expansion might not be required reading- but it’s a decent stopgap to hold you over until Capcom drops the next meaty Resident Evil offering.

Shadows of Rose is a fun new story chapter; The Mercenaries: Additional Orders makes the ancillary mode much meatier; Third person mode is an excellent way to replay the base game.

Shadows of Rose is over far too quickly, and doesn't do enough with its unique ideas; Third person movement feels a little stiff compared to Resident Evil 2 and 3.

Final Verdict:
GOOD
Resident Evil Village: Winters' Expansion never feels like an essential, must-play addition to the RE universe, but those who enjoyed the base game will still find plenty to like here.
A copy of this game was provided by Developer/Publisher/Distributor/PR Agency for review purposes. Click here to know more about our Reviews Policy.