Ever since the Vita was revealed, the one thing that made people curious was the dual analogue sticks and its relationship with FPS games on the system. How exactly would it work out? Would Vita provide a console-style experience on a portable device? It seems even Sony was curious and they responded by slapping a first-party title on the system, hoping it would work out well. 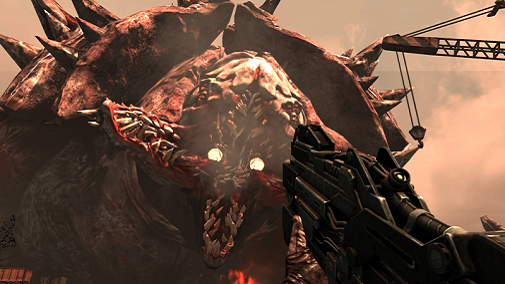 To be clear here, Resistance: Burning Skies isn’t made by Insomniac Games – the original developers of the franchise; it’s Nihilistic Software. The less said about their pedigree, the better. Uncharted: Golden Abyss was a launch title for the Vita, and it’s also one game that demonstrated how easy it is to pair gyroscope and analogue aiming on the system, resulting in increased accuracy.

My one gripe about Golden Abyss was the easily noticeable input lag that damped my enjoyment. It’s really not fun struggling to get the cursor on the enemy and  getting blown to bits by others. Here in Burning Skies, the aiming is smooth as butter but the game does have problems that should have been solved before being shipped. Lack of polish is apparent as the visuals are quite inconsistent in places. 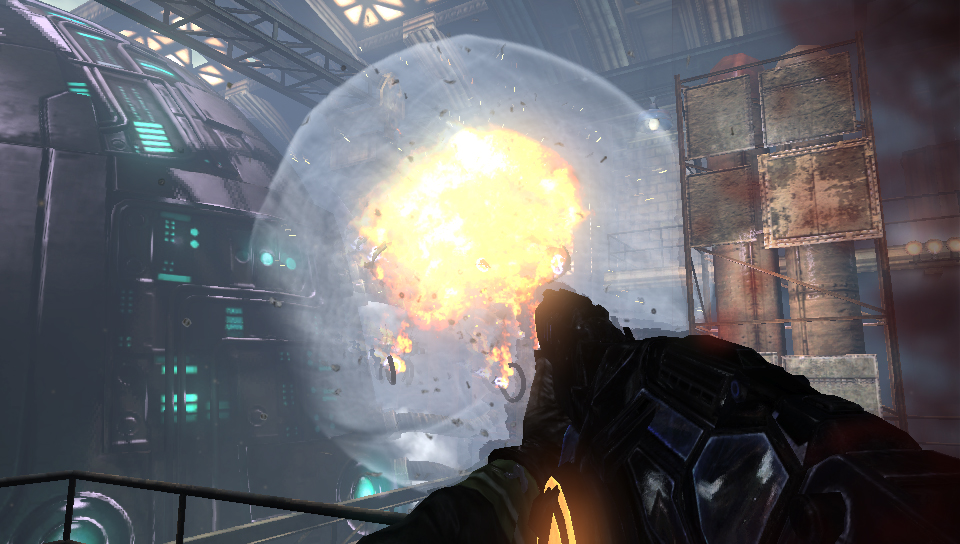 The game does look good, but it also has other areas that are completely washed out and bland looking. This inconsistency spills forth in other departments like multiplayer and the general gameplay mechanics. The game does contain a weapon wheel – which is a good progressive design. The weapons themselves are quite ingenious, featuring some of the classic Resistance weapons like Auger and so on. There are some new ones too like a shotgun that doubles up as a bow.

The story isn’t something that will enthral you till the end. It’s about a fireman getting trapped during the Chimeran invasion and has only one goal of finding and rescuing his family. Of course, things aren’t that simple as it sounds and the situation gets complicated just like in all Resistance games. You will fight various forms of Chimera and big bosses too – which you should expect by now especially if you have played the PS3 Resistance games.

Let me talk a bit about the aiming since the game features a multiplayer component as well – and it’s also quite fun. There isn’t a lot of auto-aim here, so you have to put in a lot of effort and it will take a while to get used to playing games on a portable such as the Vita. I kind of noticed that after a few hours, it was really easy to aim at things compared to when I started the game and was struggling to get some hits. So it’s imperative to finish the campaign, or at least play a little bit before jumping onto the MP. 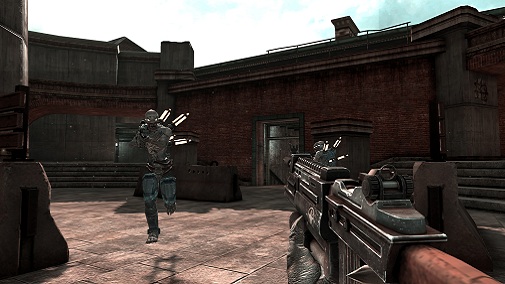 The campaign isn’t that long and will last you 6-7 hours, depending on how you play, but it does contain a lot of variety in level design and the encounters are handled well. The sprint is mapped to the down button on the d-pad, which is, quite hilarious and made no sense. How about double tapping X to run? That made sense, didn’t it? Things like these are why it’s such a chore playing FPS games on a portable, although, the Vita with its second analogue stick makes it bearable. I shudder at the thought of using the face button to aim.

Vita has an OLED touch screen and this makes navigation a breeze, and some of the secondary fire function of weapons requires you to utilize the touch screen. It’s well implemented and far from a gimmick. Some of the levels are absolutely horrible, though. However, the whole campaign is something that can be termed as decent and worth a single playthrough, considering its by default the best FPS on a portable. 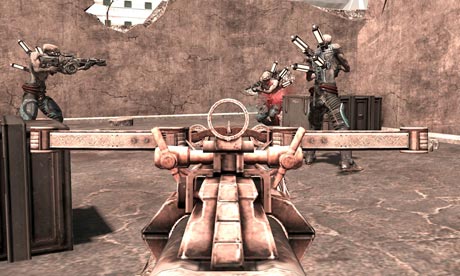 I am a huge fan of the console Resistance games; having spent a lot of time on the multiplayer modes there, I felt Resistance: Burning Skies’ multiplayer mode was quite fun and engaging. It also makes me think that we are actually playing this on a portable with basically no lag or any other issues. The multiplayer supports 4v4 team deathmatch and other modes, and is most definitely a showcase for the system as far as mulitplayer is concerned. It will take you a while to get adjusted to the online gameplay mechanics.

If you are a Vita owner and are on the lookout for a good FPS to waste time on, you wouldn’t go wrong with Resistance: Burning Skies. However, if little design issues and shoddy production values are detrimental to your enjoyment, then I would advise against buying it. Hopefully, there should be some better FPS games on the horizon for Vita which showcases what the system is capable of, but for now, Resistance: Burning Skies will do.

It's the best FPS you can find on a handheld. The multiplayer component is quite good. Lots of weapons and varied environments

Production values are questionable. The visuals are inconsistent. Button mapping could have been better. Some of the levels are a chore to play through

Final Verdict:
GOOD
If you are a Vita owner and are on the lookout for a good FPS to waste your time on, you wouldn't go wrong with Resistance: Burning Skies. However, if little design issues and shoddy production values are detrimental to your enjoyment, then I would advise against buying it.
A copy of this game was provided by Developer/Publisher/Distributor/PR Agency for review purposes. Click here to know more about our Reviews Policy.